Kenya: The Thousand Faces of the Parish Community of Kariobangi 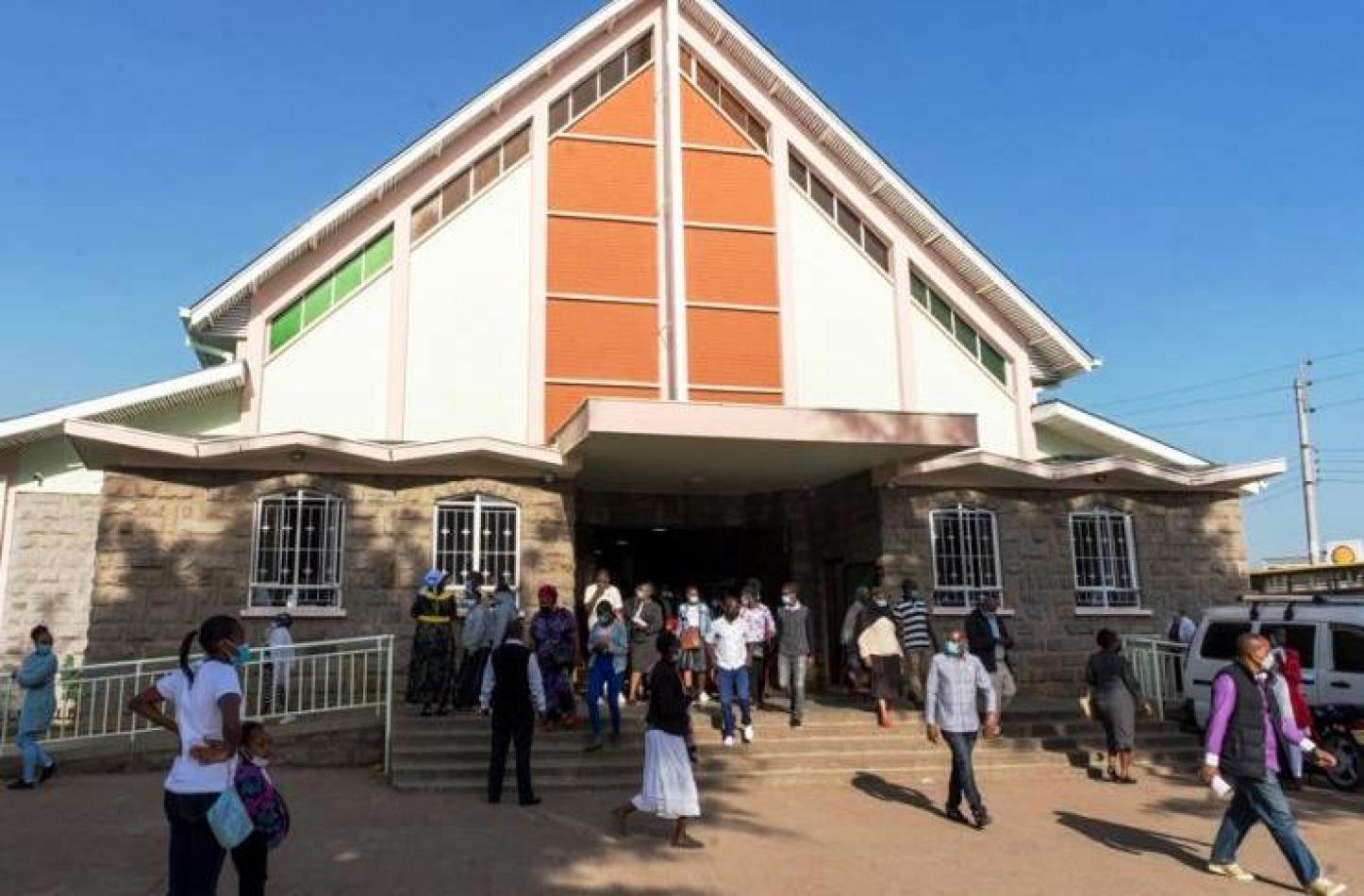 Korogocho is a shanty town of houses built with corrugated iron sheets located near the Dandora landfill, the largest in East Africa, where the waste generated in Nairobi and other parts of Kenya is collected. In the other two areas of the parish – Huruma and Kariobangi – most of the inhabitants make a living by selling objects recovered from Dandora and doing odd jobs.

In this social context, the parish carries out numerous initiatives and projects in favour of life, without neglecting pastoral care, liturgy, and preparation for the sacraments. The four Comboni priests of the parish, supported by some sisters and catechists, carry out this essential service, at the centre of which are the base communities.

According to Fr Andrew Wanjohi, parish priest of Kariobangi, “they are small domestic Churches, made up of several families, which meet weekly for Christian formation and to respond to the first aid needs of the sick and the poor. Only later do we add the other projects run by the parish”. The parish also runs five primary and one secondary school, where about 1,600 boys and girls are taught.

Father Andrew continues; “Education helps our kids to see a future that is different from the one around them. Our approach goes beyond teaching notions but tries to enter the heart of tradition through knowledge of African lifestyles, myths, languages, beliefs, stories from different cultures, poetry, legends, and proverbs”.

During the 1990s, AIDS had a major impact in Kenya, with the emergence of a large generation of orphans. To welcome them, the Comboni Missionaries opened a centre called Watoto Wetu (our children), which still functions today. At the same time, they launched the Comboni Health Program (CHP) project in Korogocho to accompany HIV-positive people.

Today the centre accompanies 671 people, mostly Korogocho residents. Associated with the CHP, in the parish complex of Kariobangi, a physiotherapy centre for children with movement problems and paralysis operates two days a week. However, the largest health facility in the parish is the dispensary in Kariobangi, where hundreds of people receive medical care every day.

Another example of the initiatives carried out in Kariobangi is the San Juan Sports Society, which the Combonians started in 2003. In Korogocho, in particular, there is no public park or sports centre where young people can meet to develop activities that take them away from the permanent danger of alcohol and drugs. For this reason, a football field and courts for basketball and volleyball were built on the property of the San Juan chapel. In addition, a chapel building has been fitted out for the practice of other sports such as boxing, karate, or taekwondo. Boxer Elizabeth Akinyi, who represented Kenya at the Tokyo 2020 Olympics, trained here.  Sport gets young people moving and so does music.

In 2007 the Comboni Missionaries participated in the foundation, also in the San Juan area, of the Ghetto Classics Music Program, a music school that has trained hundreds of boys and girls in Korogocho and is recognized nationally and internationally. Another example is the San Juan library, which has about 300 reading stations and makes thousands of schoolbooks available to users for consultation.

All these social initiatives were born with the aim of uniting and creating bonds between people in a place where ethnic divisions are evident and which in times of crisis, such as during some electoral elections, has been the scene of acts of violence.

Attention to the most vulnerable, in all stages of life, defines the social commitment of the parish of Kariobangi. For 30 years now, the Pro-Life program has been helping young women who have been victims of domestic violence or are pregnant. Two specialized social educators, Ann and Georgina, work full time listening to these girls and raising awareness in schools and families. For the most serious cases of girls who have to leave their families, the Missionaries of Charity have opened a space to welcome them to their community of Huruma. They also welcome abandoned children with neurological problems or mental illnesses.

A further challenge for the parish is the question of the street children. Many families are unable to guarantee food or school fees for their children and some of them decide to make a living on their own, often in the Dandora landfill, where they first experience how harsh life can be. In this context, many of them often end up consuming alcohol and drugs. To try to recuperate these boys and girls, the Comboni Missionaries have created specialized programs, through which they accompany hundreds of them.

The Comboni Missionary Sisters, present in the parish since the 1980s, manage the Kariobangi Institute for the Promotion of Women, a professional school for girls with problems of social integration. The centre offers three training options: tailoring, hairdressing, and beautician courses. At the end of their training, young women receive a certificate recognized by the Kenyan government which allows them to face life with a greater chance of success.