Provincial Assembly 2022 of the Comboni Missionaries in South Africa 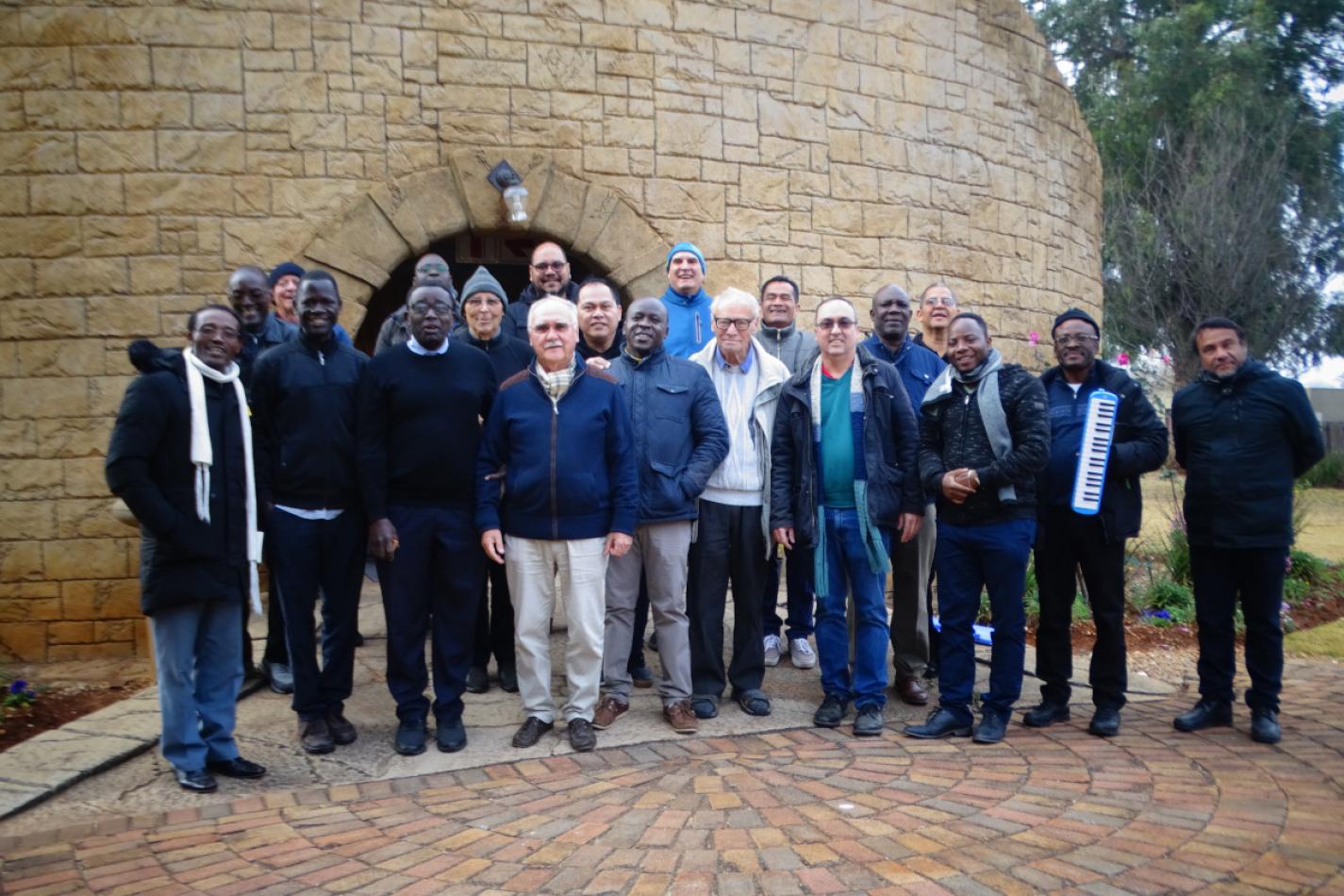 Friday, August 12, 2022
The annual Provincial Assembly was held at Lumko Centre on the outskirts of Johannesburg from July 25th to 29th, 2022. A total of 20 confreres participated in this annual appointment which had as theme: “Bringing Home the XIX General Chapter” and as biblical icon, the episode of the apostolic messengers handing on to the people the decisions reached by the Apostles and Elders at the Jerusalem Council, with the result that the Churches were strengthened in their faith and they increased in numbers daily (cf. Acts 16, 4-5). Hopefully our Provincial Community will experience a similar effect!

After the official opening in a very fraternal atmosphere the Assembly proceeded to the first phase which consisted in listening to various reports from the communities, the Secretariates, Worldwide Magazine and the Provincial Superior. The latter’s report focused on the current state of the Province, on the journey since the last Provincial Assembly, achievements and challenges. The Provincial Superior exhorted all the participants “to become truly South African in order to fully understand the context of our mission here and to respond adequately to the challenges”. We also had two valuable sessions facilitated by Fr. Bruce Botha, SJ on the theme of Synodality.

The presentation of the salient points from the XIX General Chapter by our two representatives Fr. Jude Burgers and Fr. Anthony Mkhari was the highlight of the Assembly. The confreres are now eagerly awaiting the Chapter Acts in order to continue the process of reception and implementation of the capitular decisions. Then thereafter there was group work that gathered a number of motions around the three focal areas of Mission, Formation and Finance.

Towards the end of the Assembly, we had a prayer moment and reflection on the Letter of the new General Council launching the process leading to the election and nomination of the new provincial leadership. A straw ballot for the new Provincial Superior was conducted.

The Assembly was closed with a Eucharistic concelebration presided over by the Provincial Superior Fr. Jude Burgers who thanked all the confreres for their participation at the Assembly and for accepting to serve in the South African mission. He extended a special gratitude to Fr. Janito Joseph Aldrin Palacios who was returning to his native Philippines after 16 years in South Africa. He also honoured four confreres who were celebrating special jubilees: Fr. Benno Singer (60 years of Priestly Ordination in 2023), Fr. Francisco Alberto Almeida de Medeiros (50 years of Religious profession), Fr. John Baptist Keraryo Opargiw (40 years of Religious profession) and Fr. Jerome Anakese (25 years of Perpetual profession). Fr. Aldrin and the four jubilarians all received a ceremonial candle each with the missionary mandate to continue to share the light of Christ with all people.