Monsignor Ayuso: Pope Francis’ dialogue of friendship is an avenue for worldwide peace. 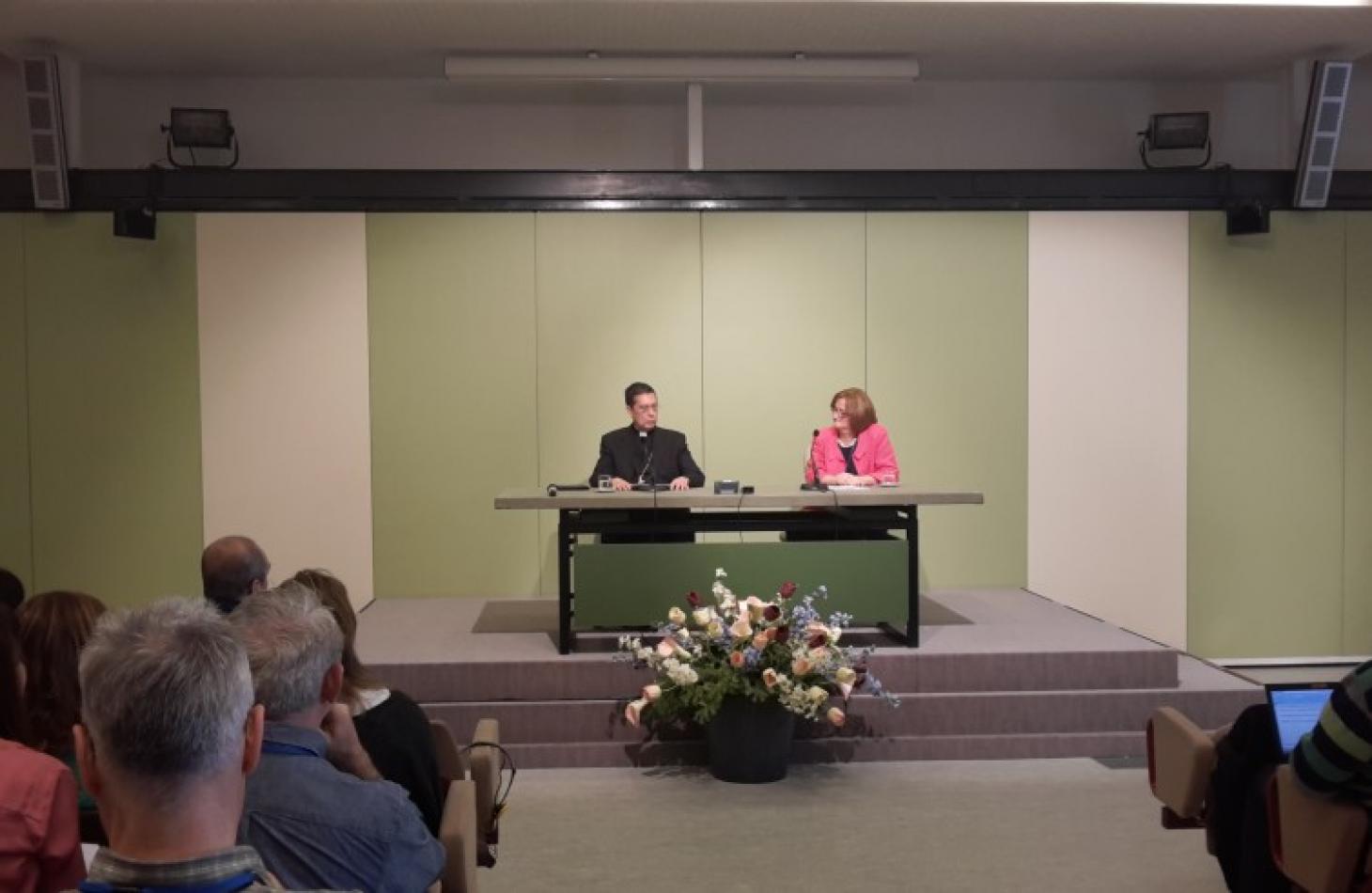 Saturday, October 31, 2020
A commitment to build bridges with our brothers and sisters of different religious faiths, seeking alliances with them to prevent the outbreak of wars, condemning all acts of violence in the awareness that “the sincere faith in God prompts openness towards others, it furthers dialogue and operates for the good.” This is the “future” of interreligious dialogue outlined by Monsignor Miguel Ángel Ayuso Guixot, Secretary of the Pontifical Council for Interreligious Dialogue.

“It is no exaggeration to say that not a day goes by without Pope Francis mentioning the importance of interreligious dialogue.” The world has become “smaller”, and thus the migration phenomenon has increased the contacts between peoples and communities with different traditions and cultures. Dialogue is a “priority”. It is a way to counter the culture of exclusion and build a just and lasting peace. Mons. Miguel Ángel Ayuso Guixot, Secretary of the Pontifical Council for Interreligious Dialogue, spoke about the Pope’s close relations with other religious leaders a few days after the Holy Father’s meeting in the Vatican with Sheik Ahmed el-Tayyib, the Great Imam of al-Azhar, the prestigious Sunni Muslim university in Cairo. Mons. Ayuso was an initiator of that meeting. In a speech at the seminar on Interreligious Dialogue held in Castel Gandolfo on the initiative of the Focolari Movement, he recalled the embrace between the Pope and the Imam. “There is a wounded humanity, which greatly needs to be healed. How can we cooperate when we are divided … the world needs these signs, it needs to see religious leaders meet to heal humanity from the ills that afflict it.”

The path of interreligious dialogue was initiated fifty years ago. From Paul VI’s dialogue with the whole world to the dialogue of peace of John Paul II, the dialogue of charity of Benedict XVI to today’s challenge of the ‘dialogue of friendship’ announced by Francis”, said Mons. Ayuso.

What are the characteristics of the dialogue of friendship?

There is no simplistic or do-gooder trait in the dialogue of friendship proposed by the Holy Father. In fact, it is demanding. Dialogue requires identity. Without deep-formed identity the dialogue process risks being fruitless or, worse still, it could be harmful and lead to relativism and syncretism. Deep-rooted identity does not harm friendship. On the contrary, one’s identity can give rise to feelings of empathy and sharing towards our partner in the dialogue process.

How does this dialogue occur in practice?

It is evident that when Pope Francis asks to put into practice interreligious dialogue he is not referring to an abstract ideal. It requires an open mind and an open heart. In certain ways the world has grown smaller, also owing to the fact that migrations increase the contacts between peoples and communities characterised by different traditions, cultures and religions. This reality challenges our Christian conscience. It challenges the understanding of the faith and the concrete life of local Churches, parishes, of a large number of believers.

What is the purpose of dialogue for Pope Francis?

All the teachings of Pope Francis are an exhortation to build bridges, not walls; to view other people’s lives with the eyes of mercy, to be compassionate towards the poor, to work together for the good of our common home that is the Creation. There ensues that the prospect and the purpose of dialogue is authentic cooperation among all the faithful for everyone’s good, fighting against the manifold injustices that continue afflicting our world and condemning all forms of violence. Wherefore interreligious dialogue plays a crucial role in the establishment of peaceful coexistence in a society based on inclusion that shuns the culture of exclusion.

Until it manages give a concrete contribution to the establishment of peace. In this respect I would like to mention the enlightening words of His Eminence Cardinal Parolin, Secretary of State of His Holiness, in a recent speech at the Senate of the Italian Republic: ‘A new challenge lies ahead for interreligious dialogue that includes the commitment to encourage religious leaders and their communities to be present, to take action as instruments of peace and for peace-building, involving also their national governments.’ This is unquestionably a challenging endeavour, which cannot be ignored.

Many consider interreligious dialogue an ancillary activity. In addition to the divisions between religions, world divisions – in Pope Francis’ words “a piecemeal Third World War” – also require dialogue. It is an indispensable tool to progress in the coexistence between peoples and nations. It can rightly be said that interreligious dialogue far from being a luxury is necessary and fundamental, at the service of the common good. This means that it must become part and parcel of the daily life of inter-religious relations.

What is the future of dialogue?

It’s a commitment to build bridges with our brothers and sisters of different religions, to seek allies to prevent all wars, to condemn all forms of violence in the awareness that the sincere faith in God prompts openness to others, it furthers dialogue and operates for what is good; while violence is always a result of the misrepresentation of religion. On the aftermath of the terror attacks in Paris last November Pope Francis said: “The path of violence and hatred cannot resolve the problems of humanity, and using the name of God to justify this path is blasphemy.”
[M. Chiara Biagioni – SIR]