All Brothers. Card. Ayuso: “The Pope needs allies. No one is saved alone” 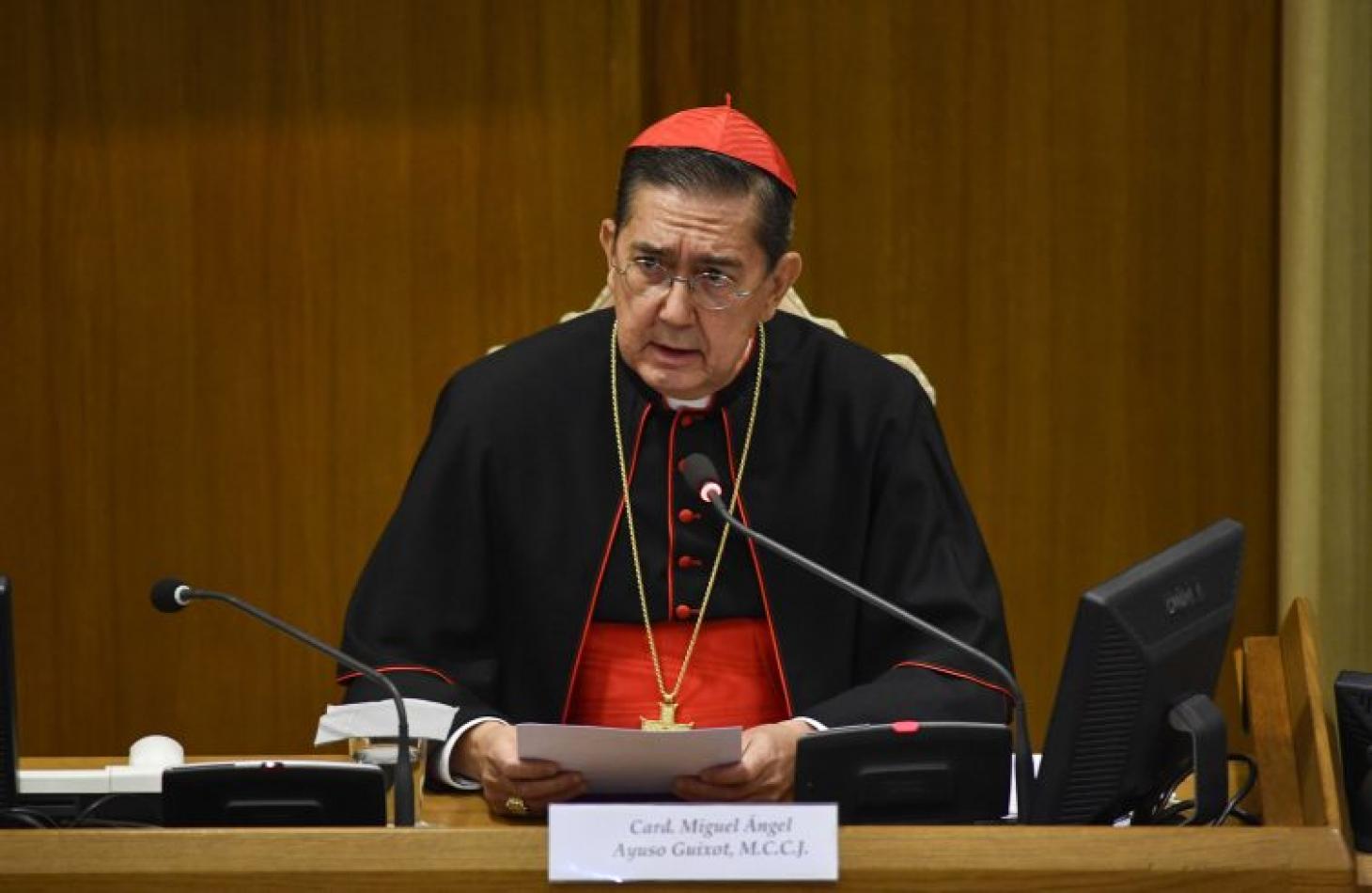 Tuesday, October 6, 2020
Interview with Card. Ayuso Guixot, president of the Pontifical Council for Interreligious Dialogue: "Pope Francis calls for a Church which goes forth, friend of the poorest, in dialogue with everyone and, in keeping with the Gospel, a Church that calls on everyone to recognize the centrality of the human person and his/her inherent dignity. He is evidently seeking 'allies and friends' especially among those who can draw on a rich spiritual heritage and age-old wisdom such as the members of non-Christian faiths. No one is saved alone".

“In a dehumanized world, where the culture of indifference and greed mark the relationships between human beings, there is a need for a new, universal solidarity and a new dialogue that may shape our future.” Cardinal. Miguel Ángel Ayuso Guixot, President of the Pontifical Council for Interreligious Dialogue, introduces the “novelty” inherent in Pope Francis’ encyclical “Fratelli tutti” (All Brothers). The new encyclical brings together and elaborates on the principal themes of the Document on Human Fraternity for World Peace and Living Together, signed on February 4, 2019 in Abu Dhabi by Francis and the Grand Imam of Al-Azhar Ahmad Al-Tayyeb. Indeed, the proposal, put forward in both texts, has a universal bearing. The Cardinal clarifies: “In order to fully grasp its breadth and scope, it must be clear to all that the Encyclical Fratelli tutti is likewise a tangible invitation to human fraternity and social friendship that involves every man and woman, believers and non-believers alike.”

His Eminence points out: “Clearly, efforts must be made to ensure that the themes of fraternity and social friendship are increasingly perceived as common grounds for dialogue between members of different religious traditions both at summit and grassroots level.” With this in mind, the Pontifical Council for Interreligious Dialogue will do its utmost to circulate the new text. Ayuso assures that “while it is still too early to define the concrete steps to be taken, we will make every effort to ensure that the Encyclical is known throughout, and that it may serve as an opportunity for discussion and concrete action.”

What has motivated the Pope to write this Encyclical on human fraternity?

It is no secret that the Holy Father is deeply concerned about the fate of the human family. The encyclical clearly shows that issues related to fraternity and social friendship have always been of great concern to Pope Francis (cf. FT 5). It therefore comes as no surprise that these two themes are at the heart of the encyclical’s reflection.

However, I would like to emphasize that this reflection was not prompted by the Covid-19 pandemic. As the Holy Father clearly explains, the pandemic broke out when the encyclical was already being prepared. Moreover, it should be noted that the unfortunate situation we are living through increases the pressing need for fraternity and social friendship on a global level. The Holy Father’s concerns are manifold, as emerges in the encyclical. And they don’t stem from the current pandemic alone. Since his election, Pope Francis relentlessly denounced the many injustices that afflict our world: the disparity between rich and poor, the exploitation of the human person, indifference, the throwaway culture and the grave environmental risks we are facing.

How did he respond to these challenges?

It is clear that Pope Francis, in his vision of a Church that goes forth, friend of the poorest, in dialogue with everyone and which, in keeping with the Gospel, reminds everyone of the centrality of the human being and his/her inherent dignity, is seeking “allies and friends” especially among those who can draw on a rich spiritual patrimony and thousand-year-old wisdom, such as members of non-Christian religious traditions. No one is saved alone.

The Pope identifies human fraternity as an instrument to overcome the crisis.  How is it put into practice? And what is the role of religions?

In his encyclical, the Holy Father devotes extensive thought and reflection to the Parable of the Good Samaritan (Lk. 10:25-37). He writes, among other things, that “God encourages us to create a different culture, in which we resolve our conflicts and care for one another.” (FT 57). Therefore, inter-religious cooperation must and can uphold the rights of every human being, in every part of the world and at all times. We are all members of the one human family and as such we enjoy equal rights and duties as citizens of this world. Let us always remember that our collaboration and dialogue are anchored in the common roots of our humanity, that is to say, the dialogue does not start from scratch but is based on our shared human condition, in all its existential and practical aspects, providing a fruitful meeting ground.

God is the Creator of everything and everyone. We are members of one same family and we must recognize ourselves as such. This is the fundamental pillar offered to us by the faith, enabling us to proceed from mere tolerance to fraternal coexistence, to interpret the differences that exist between us, to defuse violence and to live as brothers and sisters.

How can religions be conducive to brotherhood rather than to barriers of division?

The global crisis we are facing today requires us to overcome prejudices, delays and difficulties. While not renouncing our own identity in any way, and far from any concession to idle irenicism, with strength and courage we must reaffirm the need for human fraternity and social friendship as necessary conditions for achieving the peace the entire world yearns for. As in the encyclical Laudato Sì, the Holy Father refers to St. Francis of Assisi as the inspirer of the encyclical “Fratelli tutti“, a role model that the relations between the believers of different religions should be inspired by still today: to promote a dialogue in truth based on fraternity, mutual esteem and respect in mutual understanding (cf. Nostra Aetate, 3).

What is Francis’ request to world spiritual leaders in this new encyclical?

The believer is a witness and a bearer of values, all of which can greatly contribute to the construction of fairer and healthier societies. Righteousness, fidelity, love for the common good, care for others, especially those in need, benevolence and mercy are aspects that we may share with the various religions.

In today’s world, tragically marked by oblivion of God or abuse of His name, the members of world religions are called to defend and promote peace and justice, human dignity and the protection of the environment through a solidarity-based commitment.

We must offer our cooperation to the societies we, as believers, are citizens of, and share our common values and our deepest convictions regarding the sacred and inviolable nature of human life and the human person. Inter-religious dialogue plays a vital role in achieving civil coexistence, for an inclusive society that is not based on the throwaway culture. A necessary condition for world peace.
[M. Chiara Biagioni - SIR]