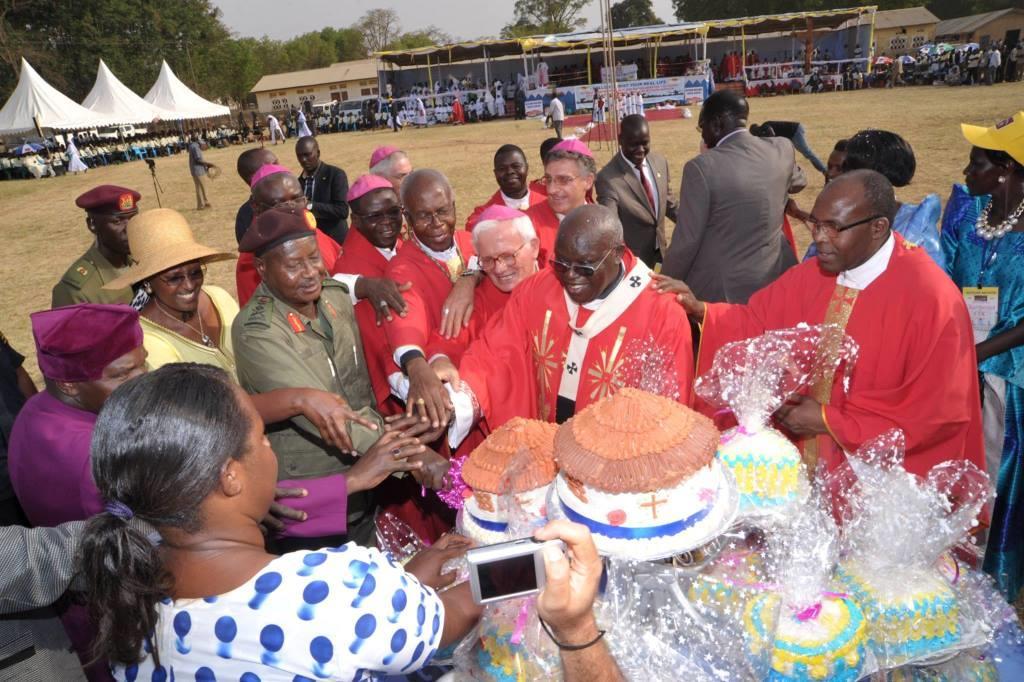 Friday, February 20, 2015
President Museveni in his speech on Sunday 15 February, 2015, on the occasion of the Centenary Celebration of the Catholic Church in Kitgum district, congratulated the Comboni Missionaries and other religious leaders for the developments they have carried out in Kitgum, in particular, and in the region in general. They have added value to the lives of the people by way of building educational institutions and health facilities.

President Yoweri Museveni commended the Comboni Missionaries for bringing the Christian faith in Northern Uganda and developing it for the last 100 years. He said that one of the positive developments was the promotion of unconditional forgiveness.

“For Jesus on the cross to say ‘Forgive them for they do not know what they are doing’ is something not so familiar with people – said the president –. Africans, in fact, believe in revenge. I thank the Comboni Missionaries for what they have done in Uganda.”

President Museveni, accompanied by his wife, spoke during the celebrations of the centenary of the Catholic Church in the parish of St. Mary, in Kitgum District.

The was celebrated by the Pope’s Nuncio to Uganda, Archbishop Michael August Blume. During the same occasion, Rev. Anthony Nyeko was installed by Bishop John Baptist Odama as the new priest of St. Mary’s Catholic Parish in Kitgum, replacing the Comboni missionary Fr. Elia Pampaloni.

The President commended the Comboni Missionaries for having handed over the leadership of the Catholic Church in Kitgum to the local Church leaders.