Home
Secr. Missão
A missão desde dentro
John Kuk Baluang: “My vocation is to be a catechist”

John Kuk Baluang: “My vocation is to be a catechist” 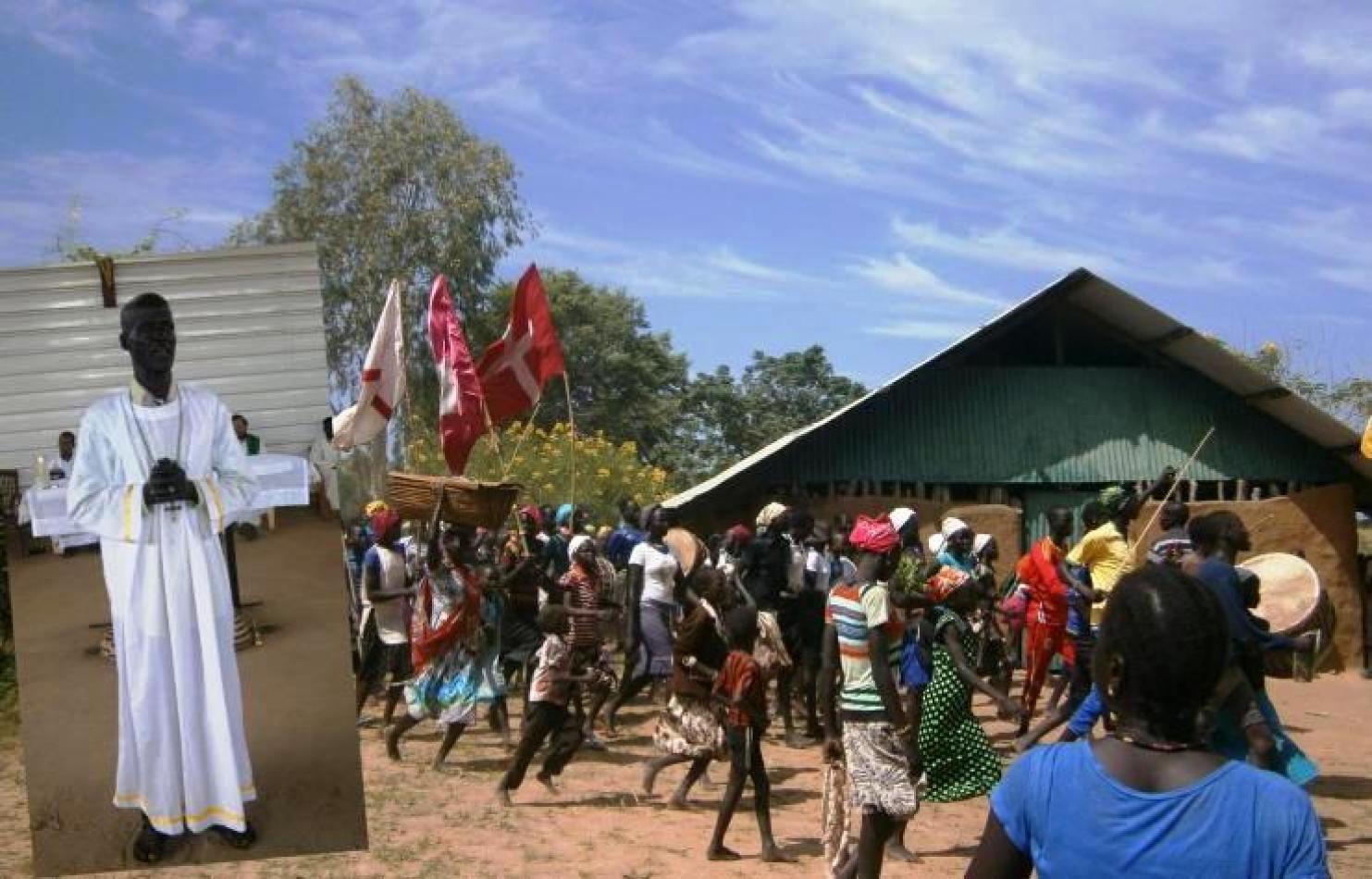 Tuesday, July 6, 2021
John Kuk Baluang was born in 1951, in Gany a village of Jagei in Western Upper Nile. In 1970 he went to Khartoum. There he met some friends from his home village in Jagei, who were Catholics. They tried to convince him to go to the Church but he refused. Every Sunday, they invited him to the Church but he declined. But one day he did agree to go with them, just to please them and out of curiosity. He liked the prayers, the teaching, and the people of the Church. He decided to become Catholic. At the beginning of 1974 he joined the catechumenate. He was baptised on 17 September, 1974. He was confirmed on 19 December, 1974.

In 1975 he went to Malakal. He started his basic education in that town. But he only reached primary three. He went back to Khartoum in 1978 and he completed his primary education there. At the end of primary school, he went to Bahr el Ghazal where he joined the Vocational Training Institute.

In 1983 he went back home but the situation was bad in Jagei and the second civil war of Sudan started. He went to Ethiopia as a refugee. He spent the year 1984 in Addis Ababa and he settled in Gambela, a refugee camp for Southern Sudanese and home of the Ethiopian Nuer. There he continued his education and in 1987, he was awarded the certificate of secondary education.

In 1989, he was elected catechist in Gambela. He accepted the appointment, because when he was in Bahr el Ghazal, he liked to work in the Church. In 1991 he became an itinerant missionary-catechist and taught the Catholic faith in many places. He worked hard to establish the Catholic Church in Koch.

John deeply believes in his vocation as a catechist. He says that God has been always with him and he has protected him from many dangers because he chose him to teach the Word of God to the Nuer. He remembers two events in particular. “In 1998, some militia launched a surprise attack on Koch while we were all sleeping. When the militia entered Koch, they threw hand grenades in all directions. One was thrown into our house but by the grace of God it did not explode. We live today to witness to this miracle of God in our lives.”

On another occasion he narrates: “Two different Nuer factions (SPDF and SPLA) met in Koch to discuss their differences and try to make peace. Their meeting took place on 29 October, 1999. They invited me to the meeting as a Church leader to pray for the meeting and to participate in it. The end of the meeting was unfortunate. Both sides strongly disagreed and instead of making peace they started fighting.”

“They used their guns and for a couple of minutes they shot at each other, and I was in the middle! When the shooting ended, the place was filled with dead bodies. There was blood everywhere. I was really scared as there were some dead bodies on top of me. But I was alive! Twelve people were killed in the meeting place, but once more I was saved by the power of God. He protected me because I went to that meeting as a catechist, as a man of the Church. I went in the name of God. I always trust God in my life and he has never abandoned me. He has shown me in so many different ways his love and protection!” Today John continues his work of evangelisation with great zeal, faith and generosity. He is based in Koch.