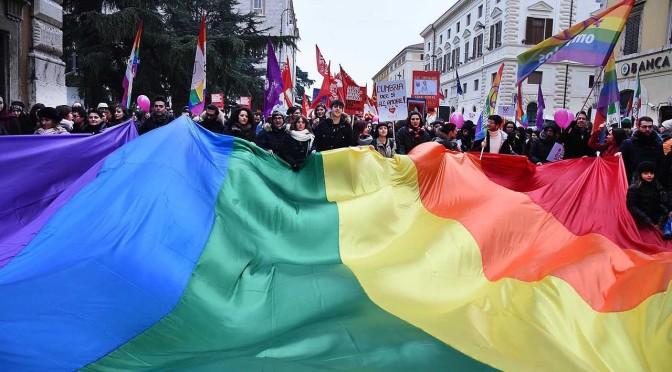 Sunday, August 7, 2016
The World Social Forum (WSF) will take place this year in Montreal, Quebec, Canada from 9 to 14 of August. The WSF 2016 seeks to gather tens of thousands of people from groups in civil society, organizations and social movements who want to build a sustainable and inclusive world, where every person and every people has its place and can make its voice heard. The WSF is “an open meeting place for reflective thinking, democratic debate of ideas, formulation of proposals, free exchange of experiences and interlinking for effective action, by groups and movements of civil society”. Thirteen Comboni Missionaries and two Comboni Sisters will participate in the event as “Comboni Network” and will present some workshops on topics related to issues of social and environmental justice. [Comboni Jpic Network].

Most of the participants “are opposed to neoliberalism and to domination of the world by capital and any form of imperialism, and committed to building a planetary society directed at fruitful relationships among humankind and between it and the Earth”. Its repeated slogan since when it started on 2001 at Porto Alegre (Brazil) in “Another world is possible”, today is “Another world is needed. Together it is possible!” This of Montreal will be the WSF number 12 and the first to be held in one of the so called “developed and western countries”. To know more go to the official site, here, and also read more at the Canadian CED Network website.

The largest global gathering of civil society
in Montreal in 2016

The World Social Forum (WSF) 2016 Collective proceeded to unveil this planetary scale initiative. The World Social Forum will take place in downtown Montreal from August 9-14, 2016. Carminda Mac Lorin and Raphael Canet, Co- coordinators of the WSF 2016 Collective, Chico Whitaker, Co-founder of the WSF, Monique Vallee, member of the executive committee of Ville de Montreal, Head of Social Development, Communal and Homelessness, and Melissa Mollen Dupuis, Co-organizer of Idle No More all talk about their enthusiasm for this FSM to be held in Montreal.

As Carminda Mac Lorin was saying, the WSF 2016 will enter into history as the first time, since its inception in Porto Alegre, Brazil in 2001, that this gathering and inclusive event will be hosted by out of the global south a Northern country. Between 50,000 and 80,000 people of more than 120 countries from nearly 5,000 organizations of local and global civil societies are expected to come to Montreal to participate in 1,500 workshops, conferences, and artistic activities. The objective of the WSF 2016 is to pursue the construction of a sustainable and united world where each person and each nation have their place and can make their voices heard in the search for concrete solutions.
The WSF was born in Brazil in 2001 to offer an alternative to the World Economic Forum in Davos. «The idea was to hold a forum not based on economy, but world social focus not on money, but on humans», explained Chico Whitaker. «And each forum is different in its content, its methodology and its issues. Methodology is important and is based on horizontality, without headman, and on themes variety, respectful of the diversity of everyone», he carried on.

The WSF 2016 activities will be established with an auto-program system that will be launched in February 2016.

The program will be structured according to the main thematic axis which were chosen by the WSF 2016 Collective and other organizations during the three working sessions held on October 1st to 3rd. Some of the themes are: Decent work and fair economy, Genders, sexual diversities and identities, International solidarity for another development, Human rights and auto-determination of nations, Social and solidairy economy, Peace culture and conflicts prevention, Democratization and humanity governance, Migrations and citizens without borders, Social justice, public services defense and fight for poverty elimination, Civil society, movement convergence and citizen participation, Environmental justice, Mother Nature defense and decolonisation, Communication, science, technology and knowledge sharing.

For Monique Vallee, this great gathering represents an opportunity not to be missed to reunite the civil society around important issues that concern us over here. «We are proud that Montreal takes part in this meeting, and this city is well designated to act as an hostess for a forum of that wingspan», she says. As for Melissa Mollen Dupuis, this WSF couldn’t happen without the participation of the First Nations members to give a voice to the voiceless. «The WSF has this important mission to educate the population by giving the microphone to population less supported by governments», she pointed out by refering to those murdered disappeared native women.

UQAM has officially announced its will to become a partner by welcoming some activities of the WSF 2016 in its pavilions and outdoor spaces.

WFS 2016 is calling all civil society to take part in this process, now and in the future, and to contribute to the success of Montreal’s edition of the biggest gathering of agent of change! [Source: World Social Forum 2016 Collective – Montreal].