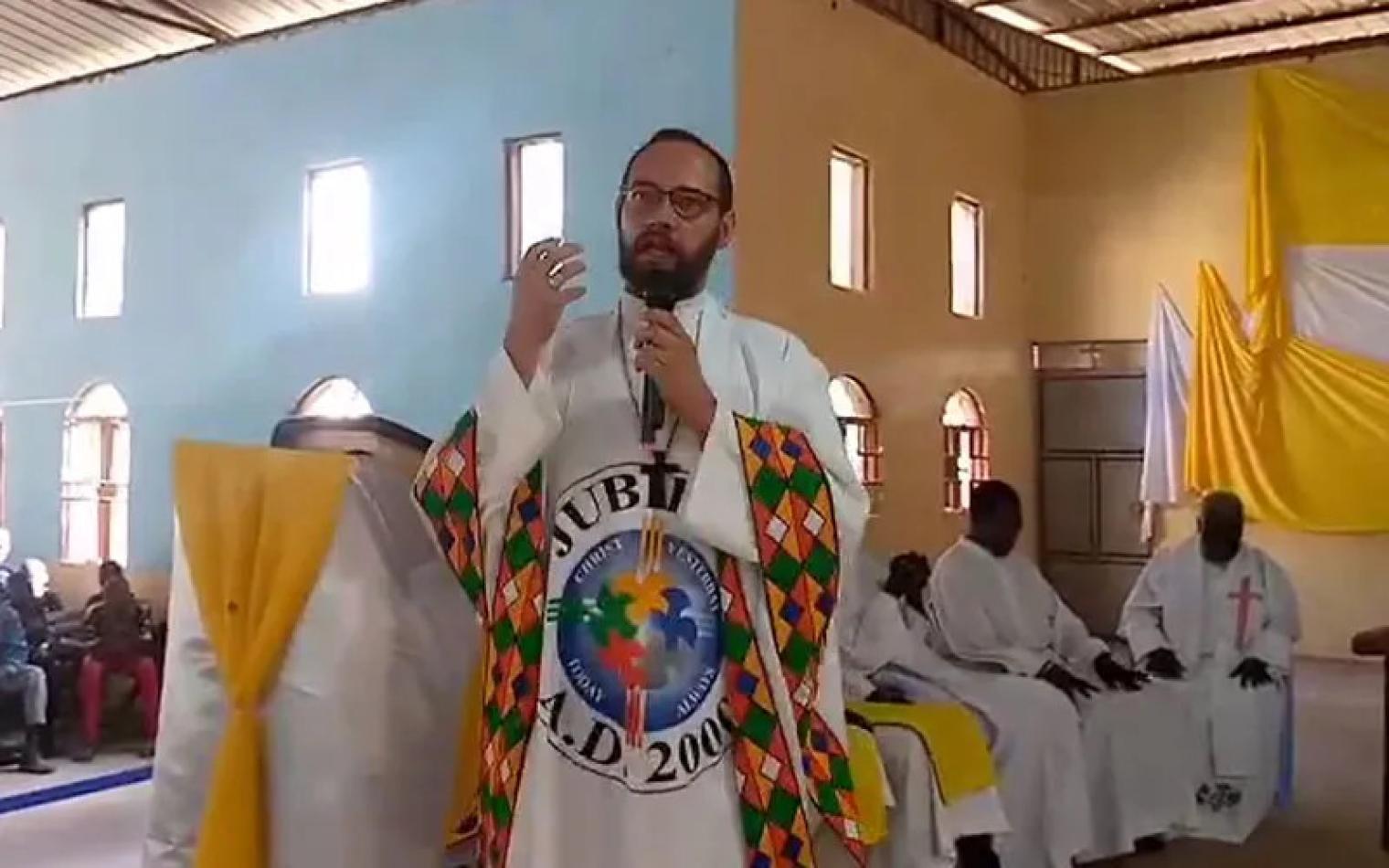 Monday, November 21, 2022
The ongoing preparations for the Synod on Synodality is a call to heal “wounds of violence and division” that the people of God in South Sudan have experiences, the Bishop of the country’s Rumbek Diocese has said. In an interview with ACI Africa, Bishop Christian Carlassare described the Synod on Synodality, which the Holy Father extended to 2024 as “a call to conversion from a clerical church to the Church that is the family of God.” [ACI Africa]

“The Synod calls all faithful people to see themselves as members of this Samaritan Church who (are) called to cure the wounds of violence and division, proclaim the Gospel of conversion and salvation in Jesus Christ,” Bishop Carlassare said during the Thursday, November 17 interview. He said that the Synod on Synodality challenges the people of God to take up the mission of being part of the Samaritan Church “in person and as community”.

“Christians are called to drop the idea of the Church as an international humanitarian agency who provides support besides speaking about God, and to rediscover their belonging to this community of faith that is missionary in nature and count on the generosity and active participation of all faithful,” he added.

The Italian-born member of the Comboni Missionaries (MCCJ) who was consecrated Bishop on March 25 further said, “We are called to promote a Church finally owned by the faithful people all together in communion among Clergy and Laity, men and women, young and old.”

The synodal conversations “will build a community that is finally able to dialogue with the people of other Christian denominations, religions, worldviews and traditions,” he added. The Synod on Synodality provides an opportunity “to build communities that rediscover the importance of being rooted in Christ and evangelize,” the Catholic Church leader who has ministered in South Sudan since 2005 said, adding, “This is the nature of the Church.”

Making reference to the synodal process in his Episcopal See of Rumbek, Bishop Carlassare said, “We had a first workshop last July to define a road map that will lead us to the Diocesan pastoral assembly that will be held next year with the purpose to review and define adequate pastoral guidelines.”

“During this process we also welcome all occasions to educate people about Synodality and live it in reality,” he told ACI Africa during the November 17 interview.

“No one is so poor that he cannot give, and no one is so rich that he cannot receive,” Bishop Carlassare whose Episcopal Ordination was postponed after he was attacked and shot in both legs said. During the interview, ” Bishop Carlassare also reflected on the Pope’s postponed ecumenical trip to South Sudan. He said, “We know that Pope Francis has a special love for us and our country and always keeps us in his prayers”

“We also pray for him and his health so that his longing to visit us as he expresses may soon take place,” the 44-year-old Local Ordinary of Rumbek Diocese told ACI Africa during the November 17 interview. He added, “South Sudan is very welcoming and always ready to receive visitors, especially pilgrims of peace such as the Holy Father together with other religious leaders.”

Bishop Carlassare called on the people of God in South Sudan to “be ready to welcome the Lord when he comes. Let us also be pilgrims of peace in our country”. “Peace is not simply a goal but a path. We have to walk that path all together,” the Bishop who has been at the helm of Rumbek Diocese since his Episcopal Ordination in May this year said. He added, “We cannot cross the finish line unless we start this journey and we walk it all the way long.”

Recognizing the need for other in the journey of life, Bishop Carlassare told ACI Africa, “is the vision behind the desire to organize a peace pilgrimage where youth from different parishes of our Diocese will walk to Juba when the Holy Father comes”. During the peace pilgrimage in his Diocese, the Catholic Bishop said in reference to the planned Diocesan initiative, pilgrims “will be 400 km of friendship, solidarity, sharing and passion for peace.”