The General Chapter' Letter to the Comboni Missionaires 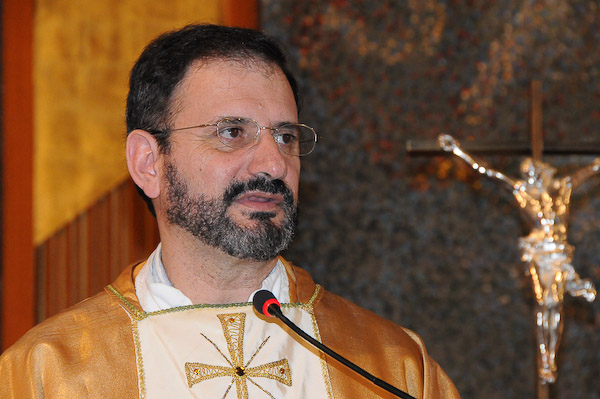 “Holy and capable… to make common cause with the poorest and most abandoned, particularly with regard to faith” (St. Daniel Comboni)

“Holy and capable…
to make common cause with the poorest and most abandoned,
particularly with regard to faith”

“FROM THE PLAN OF COMBONI

TO THE PLAN OF THE COMBONI MISSIONARIES”

Greetings from all the delegates of the XVII General Chapter who have gathered in Rome from 6 September to 23 October 2009, for the purpose of preparing a Plan for the Comboni Missionaries of our time, following the inspiration of our founder. We are convinced of the importance of renewing ourselves by focusing on the charism and the Plan of Comboni in order to respond to the many and urgent challenges that the situation of the world we live in, of society, the Church and our Institute lay before us.

The General Chapter was characterised, more than in the past, by the dimension of internationality and plurality of its members. We have, thus, experienced how our Institute is implementing in an ever clearer way the dream of Comboni who wanted a mission that was ‘Catholic’, that is, the fruit of the collaboration of all the churches. Let us thank God for this gift which challenges us to be signs of fraternity and agents of justice and peace in a world that is fragmented, divided between the abundance of those who have too much and the poverty of a very large part of the population.

Even at the conclusion of the Chapter, we are aware that words are inadequate to communicate the feelings and desires we carry in our hearts. In the certainty, nevertheless, that God has truly called us to the mission, we uphold our will to live as disciples and missionaries of Jesus Christ, sponsors of fraternities and promoters of fullness of life to all. We are persuaded that it is more important ‘to be authentic’ than ‘to do many things’.

For this reason we wanted to pray and discern together, and then also discuss – sometimes with difficulty – on the non-negotiable dimensions of our charism, from which our Plan for the next six years flows: identity, spirituality, mission and formation of future missionaries; changes in the vocations map and growth in the interculturality of the Institute; insertion and presence in the local Churches, to encourage them to look beyond their boundaries and for a renewed pastoral work in vocations; service of authority and sharing among the Provinces; revision of our lifestyle and missionary presence; coordination at continental level and communities in ‘frontier’ contexts, in Islamic environments, in Asia, paying attention to the peculiarity of each continent; economic transparency and total sharing of the resources. We have also reflected with gratitude on the witness of many elderly and sick confreres, from whom we ask to continue to offer for the Institute and the mission the treasure of their prayer and wisdom, in a service of generosity and fidelity to vocation and mission.

We invite you to read the texts prepared by the Chapter from a threefold point of view: the history of our Institute, by going back ‘to the roots’, especially by going back to the ‘passion’ of Comboni for the poorest and most abandoned; the problematic socio-political, economic, cultural and religious aspects which at present are challenging the world, the Church and the mission; thirdly, to do so in the light of God’s Word which projects us in a context filled with hope. Let us then feel like people in an ever ‘ongoing formation’, adopting a lifestyle which is consistent and which will help us also to make the journey of ‘basic formation’ more efficient.

The work of the Delegates has come to its conclusion with the writing of the Chapter Acts, which focus on some of the choices we have to make, as already underlined in the Report of the General Council. Our Institute will be faithful to itself in the measure with which we are capable of experiencing the love of Christ, the Good Shepherd with a pierced heart, of building communion and of supporting the cause of all the crucified of our time. This proves that in truth the ‘Chapter’ has now to be carried out by each one of us. The reflections and the decisions that were taken have to become part of the agenda of every confrere, every community, every circumscription, of the whole Institute.

To guide us during these six years and to implement the “plan” worked out by the Chapter, we have elected a new General Council, whose membership shows the new situation. To them goes our fraternal support and to the General Council of the previous six years our gratitude. The question that each confrere has to ask, therefore, is the following: faced by the challenges that were evidenced by the Chapter, in which way has my life, my community, my province / delegation to change in order to respond with fidelity to the mission that the Lord has entrusted to me?

May the Holy Spirit, invoked and received during our discernment, assist us in implementing the Plan proposed by the Chapter. Let us renew our hope and our consecration to the mission, in the spirit of our holy founder. May Mary, the Queen of the missions, guide us, console us and make us strong and efficient evangelisers. May St. Daniel Comboni inspire us, help us to be faithful and daring, holy and capable.