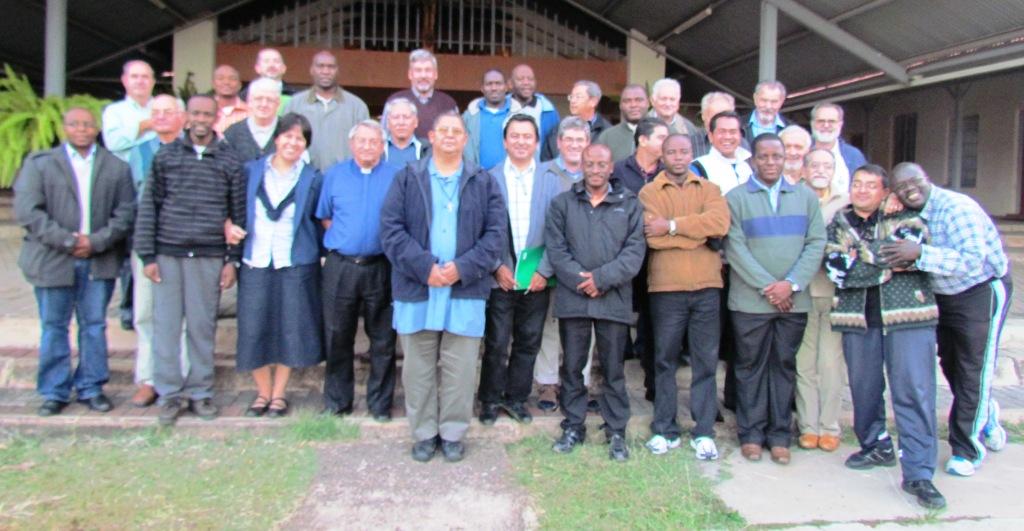 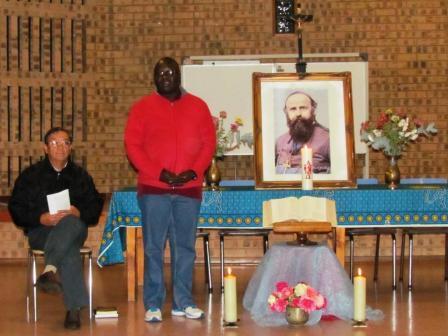 All the confreres were present at the meeting except two confreres for health reasons, including the bishop of the diocese, the Comboni missionary Giuseppe Sandri and a Comboni Missionary Sister, Clara Torres Acevedo. It was a moment of great communion and sharing among all the members of the province. We felt the presence of all those who preceded us in the missionary work in this most southern country of the African continent. The joys and hopes of the confreres and of the people of South Africa were present during the discussion and during the moments of prayer and fraternal being together.

During the three full days of the assembly the provincial directory was discussed and updated although some confreres still found certain resistance to adopt the Total Common Fund as the new way of administering our material goods. In the discussions we were helped by an external facilitator who wisely led the discussions to an agreement in the main issues at stake. Other topics like the lack of personnel and the subsequent re-qualification of our commitments, the challenge of missionary animation, the lack of vocations and the need for a more prophetic voice in our missionary work were also present in our discussions.

The report of the different secretariats and commissions and the provincial superior report showed the situation of the province and our main pastoral options, the many challenges ahead in order to respond to the difficult situation of the country and the diminishing numbers of the Catholic Church in South Africa. In fact, in spite of being a democratic country and the economic hub of the African continent, with abundant human and material resources, South Africa is considered the most unequal society in the world, plunged in corruption and with big pockets of poverty, especially around the big cities. The presence of Comboni, his example and determination, encourage us to continue our journey with fortitude knowing that he is at work with us in the struggle for a better South Africa and his beloved continent.

During the assembly we took the opportunity to celebrate the many years of religious vows and the priestly jubilees of some of our confreres. Fr. Benno Singer is celebrating 50 years of perpetual religious profession, Fr. Jose Luis Roman 25 years of temporary vows and Fr. Francis Manana and Fr. Jude Burgers 25 years of priestly ordination.

We feel grateful to God who, in spite of our shortcomings, is able to continue the work started long ago, bringing it to fulfilment.
Fr. Jeremias Martins 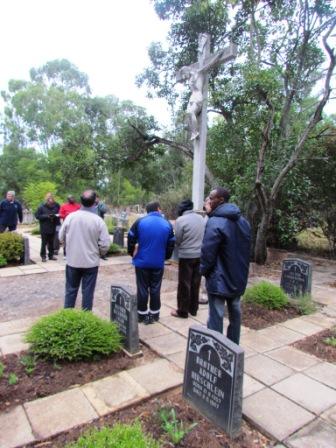 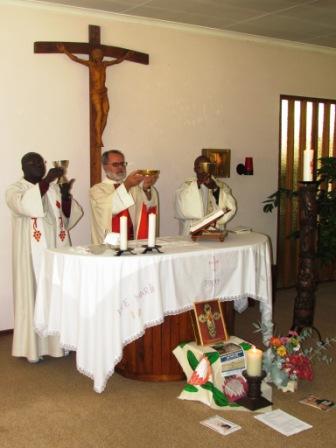