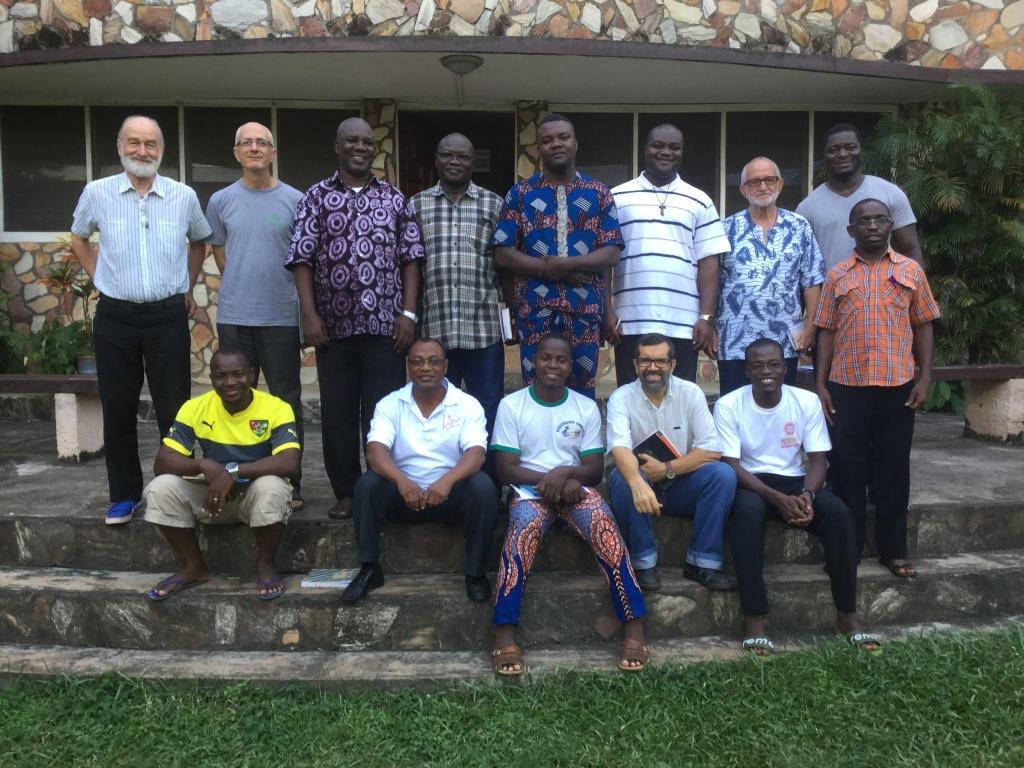 Tuesday, December 5, 2017
During the month of November 2017, Fr. John Baptist Keraryo Opargiw preached two courses of spiritual exercises to the Comboni missionaries of the Togo-Ghana-Benin (TGB) Province, one in French, from November 5th  – 12th   2017 at Kpalima in Togo where also some Comboni Sisters participated and another one in English at Nsawam in Ghana [in the picture] from November 12th – 18th, 2017. The theme of both retreats was “Holy and Capable: Comboni missionary disciples consecrated to the service of the mission in our world today.”  It was indeed a moment of grace and communion to have the a great majority of the confreres of the TGB Province gathered for a period of  intense prayer. It also served as part of the Jubilee celebrations to mark the 150th Anniversary of the foundation of our Comboni Institute.