Immigrants Welcome by the Community of Granada, Spain 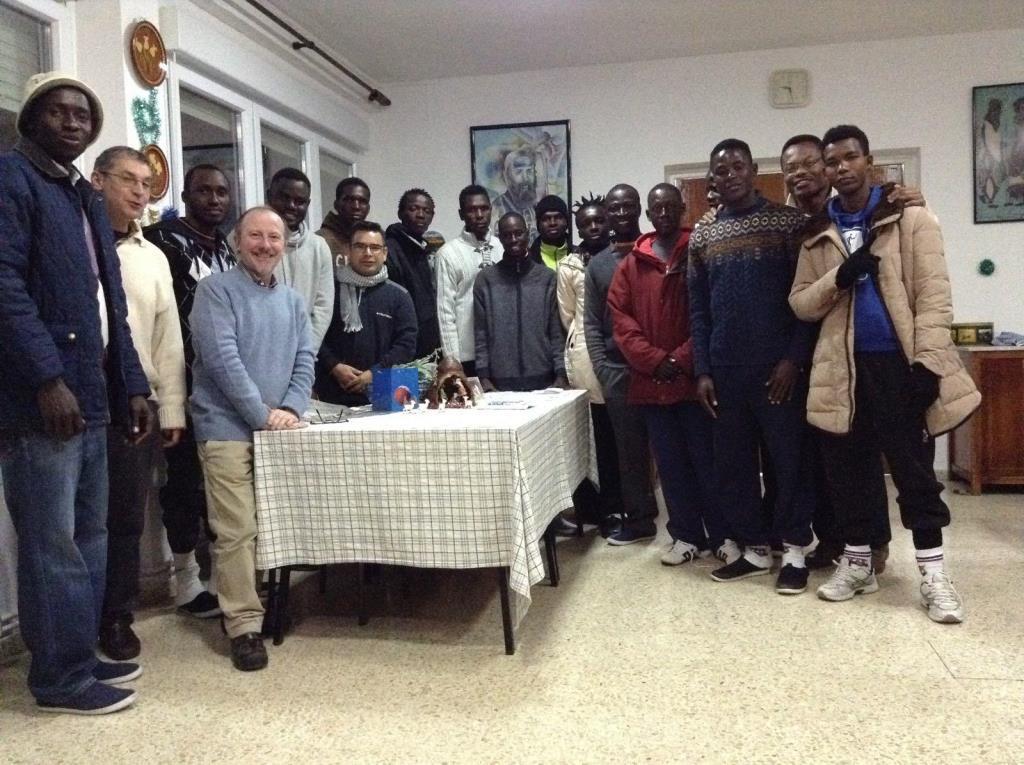 Thursday, January 18, 2018
The community of Granada has welcomed 18 Sub-Saharan Africans immigrants so that they, too, could enjoy Christmas. They are all about 25 years old and reached the Spanish coastline with small boats only a few weeks ago. It all started with a chance meeting at the bus station. Fr. Kakule Silusawa Lwanga had just arrived from Madrid to attend a youth meeting, when he bumped into a group of young Africans whose only document was an expulsion order form. He talked with them for a while and then returned to see them the next day. At that point the Comboni community decided to welcome them and, providentially, it is being supported by various associations in trying to face a number of difficulties especially in the realm of bureaucracy and legal matters. The smiles on the faces of their guests is the source of the greatest joy in the hearts of the missionaries who host them.Fr. Pedro Andrés, the provincial, answering a letter from the superior of the community of Granada who informed him of the situation, has said that “the immigrants were, are and always will be welcome.”