Vocation Story: Fr. Anane Joseph Nhyirana. Why Not Me? 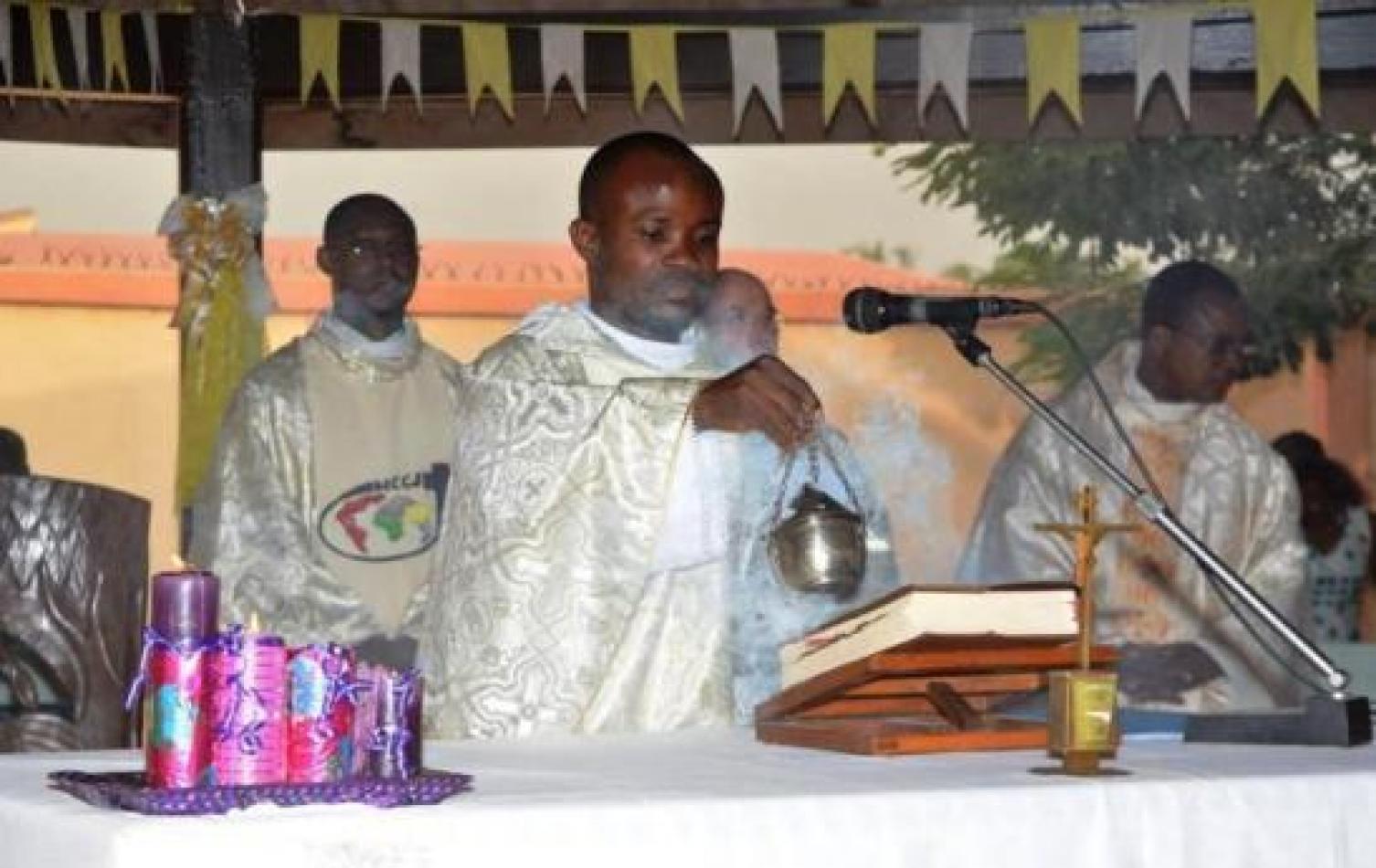 Sunday, August 5, 2018
Fascinated by a priest and his style of life, I decided to be like him. Then, I met the Comboni Missionaries. Immediately I understood that that would be my life. Father Anane Joseph Nhyirana tells us his story.

The desire to be a priest began to grow in me when I was in senior high school in Kete Krachi, a town in the Krachi West District of the Volta Region of Ghana. I was positively influenced by the life and example of our school chaplain, a diocesan priest. To put it simply, I liked the way he related to people, and I decided to be like him. One day, I told him so. He was pleased with my decision and encouraged the development of that desire and prayed for the fulfilment of my dream.

At that time, I did not know the Comboni Missionaries. They were present neither in my parish nor in my Jasikan diocese. It was a cousin of mine, who had met them, that introduced me to them. I liked them, and they became part of my dream. After finishing high school, I joined them.

The Comboni Province in Western Africa comprises three countries Ghana, Togo and Benin. By joining them, I soon became ‘multinational’. For my basic formation, in fact, I had to move to Togo, where I spent a full year learning French, and three years for the philosophical course in the Comboni Postulancy. Then I went to Cotonou (Benin) for the two years of Noviciate, at the end of which I took my first religious profession. It was on 8th May, 2010. I still remember that day when I said “yes” to the Lord, solemnly committing myself to follow him, no matter what might come.

For my theological studies, the superiors sent me back home, to Saint Peter’s Major Seminary, in Cape Coast, Ghana. Those five years turned out to be a special moment in which I identified more and more with the Comboni charism. My community was amazingly international: my companions came from all over Africa and beyond it. So, I came into contact with different cultures, and that broadened my mind and heart.

The Scholasticate turned out to be a period where my life became a ‘story book’ and I was being led by those Divine Providence had put on my formative itinerary. Some chapters, pages and paragraphs of that story were appreciated and encouraged; others were questioned, and I was asked to ‘re-write’ them well. There were moments of struggle with my own weaknesses, yet the grace of God was not in vain in me.

With the theological studies over, I spent one and a half year in missionary service in one of our parishes, where, in June 2015, I took my perpetual vows. Six months later, on 19th December 2015, I was ordained a priest, in Lomé (Togo).
Soon after the ordination, the superiors told me that I was destined to go to Ethiopia. It was an unexpected gift: I had never considered that nation as an option. But mission is received, not taken.

In March 2016, I was in Addis Ababa to begin the course of Amharic, the national language of Ethiopia. I struggled to grasp this difficult and unique African language, which has more than 3,000 years of history. I spent hours and hours just to memorise its immense alphabet charter (more than 200 letters). After seven months, still wobbling with Amharic, I was posted to Dongora mission, in the Vicariate of Awassa, in central Ethiopia, 330 km south of Addis Ababa.

Liturgically, Awassa Catholic Vicariate follows the Latin Rite, unlike other dioceses where the Geez Rite is used. The Catholic Church, being the minority in the country, serves as the yeast in the flour, or resembles a grain of mustard seed sown in the field. The hope is that she may cause the entire nation to grow into fragrant bread, or become a great shrub, large enough to sustain life around it. To be a weaver of this divine dream makes me thrilled.

The Catholics take their faith seriously, and quite a few are really committed. One thing that fascinates me is the way they observe the Sacrament of Reconciliation, determined as they are to renew their relationship with God, which is often broken. Parents and grandparents always ensure that their children and nephews take after them with regards to religion.
Their dedication to the Gospel and its values are most certainly the fruits of the work of missionaries who spent – and are still spending – their lives in serving them, often amid perils. Their testimony is what inspires and gives me hope to dedicate myself to the service of the Kingdom.

I cannot boast yet of being a great missionary. I have been in this adventure for just over one year. However, amid ups and downs, God’s grace has been abundant in me and has sustained me. There have been difficulties. Yet, my personal relation with Jesus, through prayer and meditation of his word, has been my bedrock A missionary who loses touch with God, loses touch with his call and mission.
Comboni Missionaries