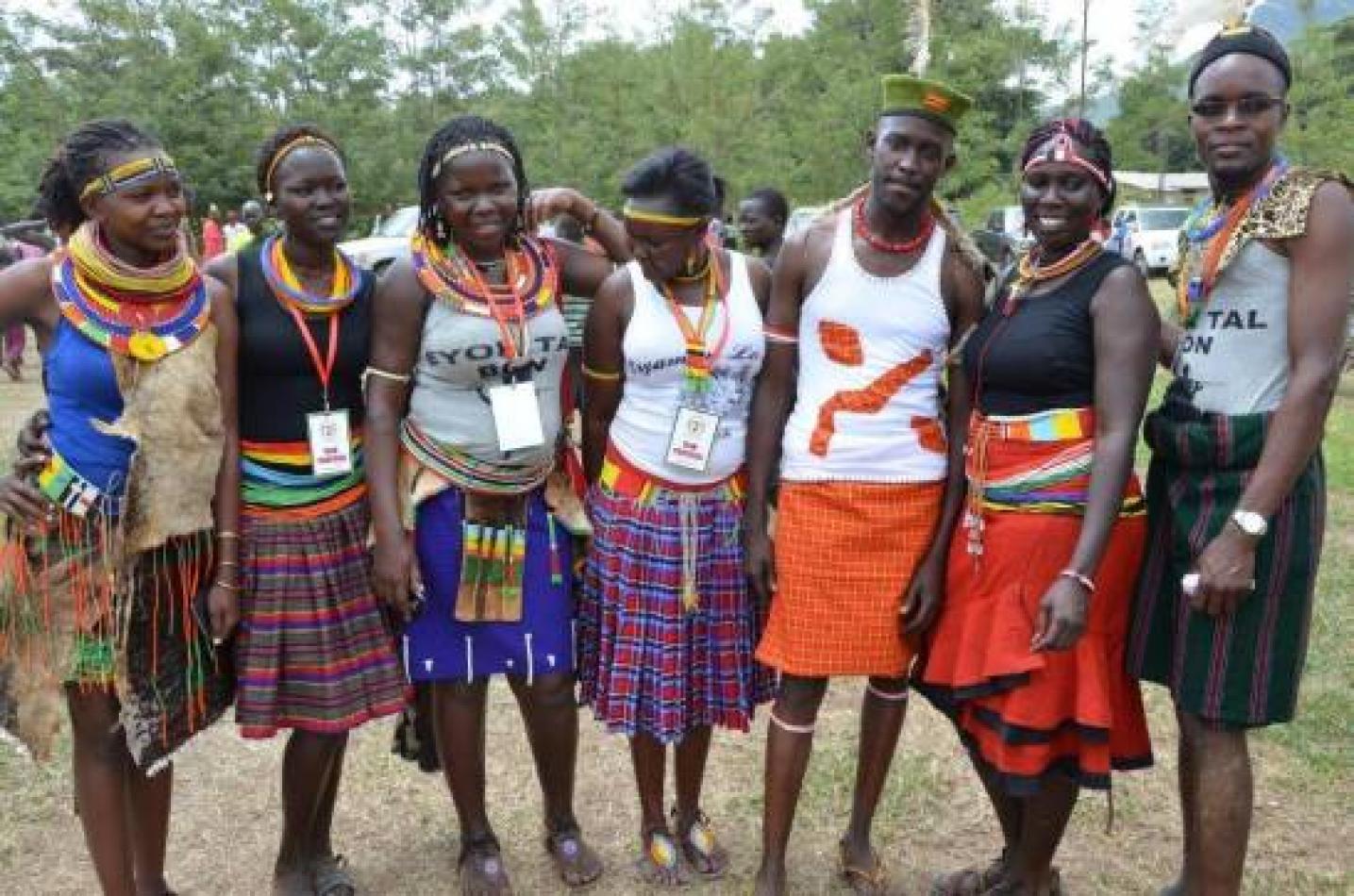 Wednesday, December 19, 2018
The Karamojong are an ethnic group of agro-pastoral herders living mainly in the north-east of Uganda. We look at their traditional wedding.

Before a Karamojong can take a wife, he must first approach his parents and his brothers. Together they will decide how many cows they can spare for the dowry. If their herd is too small they will tell him to wait another year. If sufficient they will agree to proceed with negotiations for the match. Two of his brothers, or his father and one brother will visit the girl’s father and mother.

First of all, they will go to the father and promise turn a heifer, and then to the mother with the same promise. The father will then reckon up the number of his relations who will expect some share in the dowry, and tells the prospective husband’s sponsors to go to each one and ‘name his cow’. No matter how far away the girl’s relations may live, they must visit each one, ‘ name the cow ‘ and invite them to the wedding.

When this has been done (and it may be many months after) they return to the girl’s father and report that they have visited all whom he named. He will then order them to gather together all their cattle. This will not be done till the future husband, accompanied by a friend, has called upon all his friends begging for some wedding gift, be it a goat, a sheep, a donkey, an ox or a cow, preferably, of course, the latter. These he will drive to his home.

Some weeks may elapse again before he sends word to the father of the girl that the cattle are ready in the kraal. A deputation from the bride’s village will come to see that this is really so, and will look over the animals, saying, “Where are the household cows?” (i.e. the mother’s share), “Where are the father’s cows?”, “the brothers?” and so on. If all are there, and the animals satisfactory, a day will be named on which the suitor and his family are to be present at the girl’s village.

The girl’s mother, with the other women, will then begin to make great preparations for a feast, particularly large quantities of beer and milk. The beer for marriage ceremonies is always made front sorghum. Many people will be present on this day. When the milk and beer have been consumed, each one who shares in the dowry will tell how many cows he is to receive. Then a pipe will be filled with tobacco, lighted and passed from one to the other in order to ratify the agreement.

Immediately following this, the girl is brought before the crowd, rubbed with black paint, and pushed away with the words. “Go, accompany your husband, conceive and bear children, get rich and reign over a large household” and many other such-like expressions of good-will.

When these blessings have been pronounced, two women on each side of her hold hands, and lead her to her husband’s village, barking all the way like zebras. She is taken through the large cattle-kraal door, and led to her own house, the door is shut, the fire kindled, the smoke enveloping her as a symbol of her ownership and welcome into her husband’s family.

Early the next morning the girl’s people drive off their cattle, the number of which may be anything from thirty to one hundred head; goats, which are certainly expected, are not counted. Should the total be less than was promised, the girl might be brought back again to her own people.

When everyone has taken his cattle, the husband knows that the girl is really now his wife, and can never he have taken from him. Donning his leopard-skin cloak, his knee-bells, head-dress, and his zebra-tail which he wears just above his left elbow, he circles the village, pretending to be a brave animal, tossing his head, swishing his tail and generally taking full advantage of his one brief day of importance. Finally. Everyone gathers into the cattle-kraal, and the ceremony is rounded off with a dance.
Doris Clark