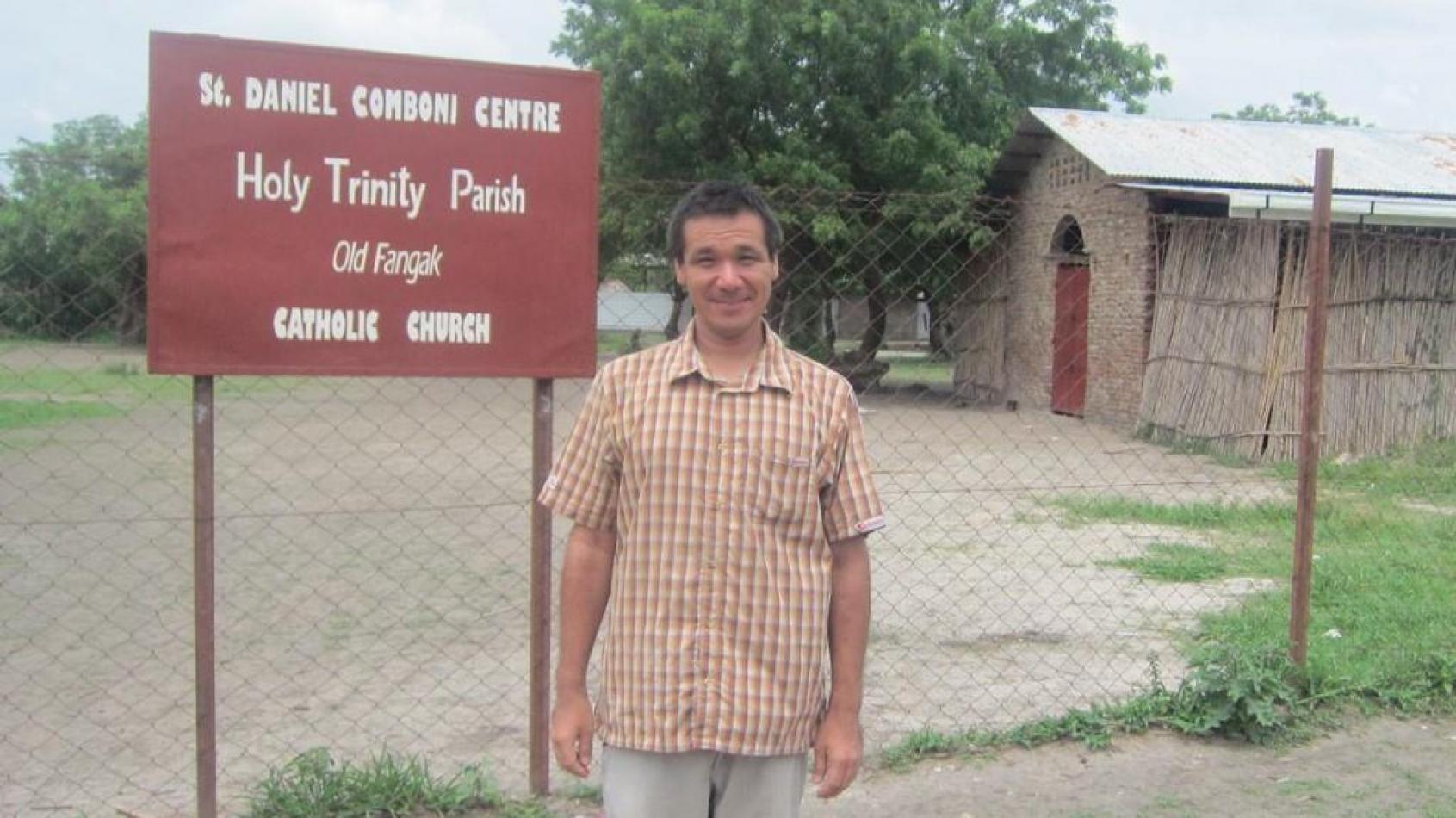 Tuesday, April 9, 2019
Father Gregor Schmidt knows the rigors of mission as well as anyone. In Fangak County, South Sudan, it’s not unusual for him to wade through waist-deep waters for nine hours a day to get from one mission to the next. “It really is tiring,” he says, by way of excuse for the short hours, “because your foot sinks down in the mud with each step. And, of course, you must carry all your belongings up over your head so they do not get wet.” And the missions can be days, even weeks, apart.

“Currently, we are three Comboni Missionaries, Father Christian from Italy, Father Alfred from Uganda and me, who serve a parish of around 25,000 Catholics spread over about eighty villages. Any place that has a regular number of Catholics praying on Sundays can become a chapel. We missionaries divide and visit these places as best as we can, usually two or three times per year. All journeys are on foot because there are no roads for vehicles in the county.” 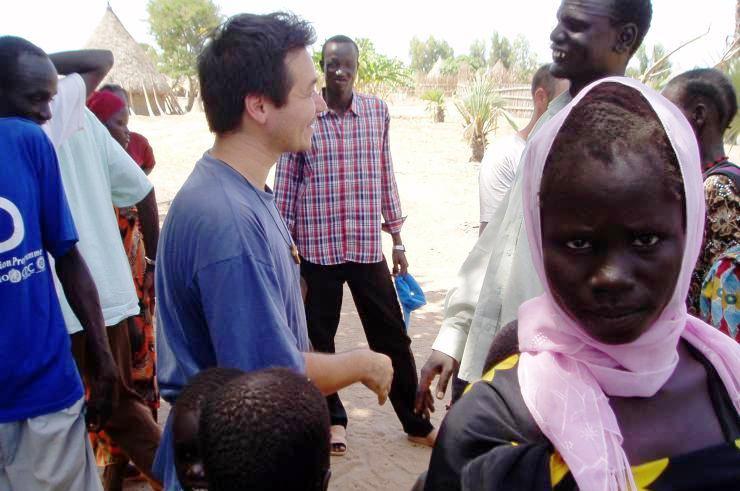 Within every hardship, though, Father Gregor sees the hand of providence. The lack of infrastructure is not a problem, he says. “It has been a wonderful blessing.

Without bridges and good roads, the tanks cannot come to our territory. The ground is too soft and can be flooded for months at a time. So we have been safe.”

Being shielded from armed conflict is a tangible blessing in South Sudan. During the short history of this country, war has been one of its most stable features. Carved from the country of Sudan in 2011, there is still little in South Sudan to unite the residents.

More than sixty ethnic groups live here, speaking eighty languages. Most of these disparate groups follow a traditional lifestyle, without Western-style political structures and with little preparation for city dwelling.

Nation-building is an uphill battle in the region, since most people identify more strongly with their clan or ethnic group than with the country. Gregor understands this view.

“People here are very proud of being Nuer,” he says. “The first identity is always the clan and the tribe. I think that for most South Sudanese the ethnic identity is more important than the national identity. Nation states are a new phenomenon in Africa. In the case of South Sudan, it is a miserable service-provider. Therefore, people rely on their traditional social networks. They have never known anything else that provides for their security and well-being.”

As the country works to develop its political identity, this traditional view can prove a challenge, he says. “One’s family and ethnic group traditionally ensure security and just distribution. It is a relational network which is difficult to leave, even if one wishes to. The pressure of the relatives is extremely intense. When someone earns money, there are many relatives asking for a share. How could a politician who manages state funds react in this context? When it comes down to it, the politician would rather betray the State than betray his clan. “That which is generally characterised as corruption and nepotism, is the way through which the various ethnic groups ensure that their members are taken care of. The preference for one’s own group and the resulting conflicts—that has always been around. This pattern of behaviour continues to be exhibited when one becomes a politician.” 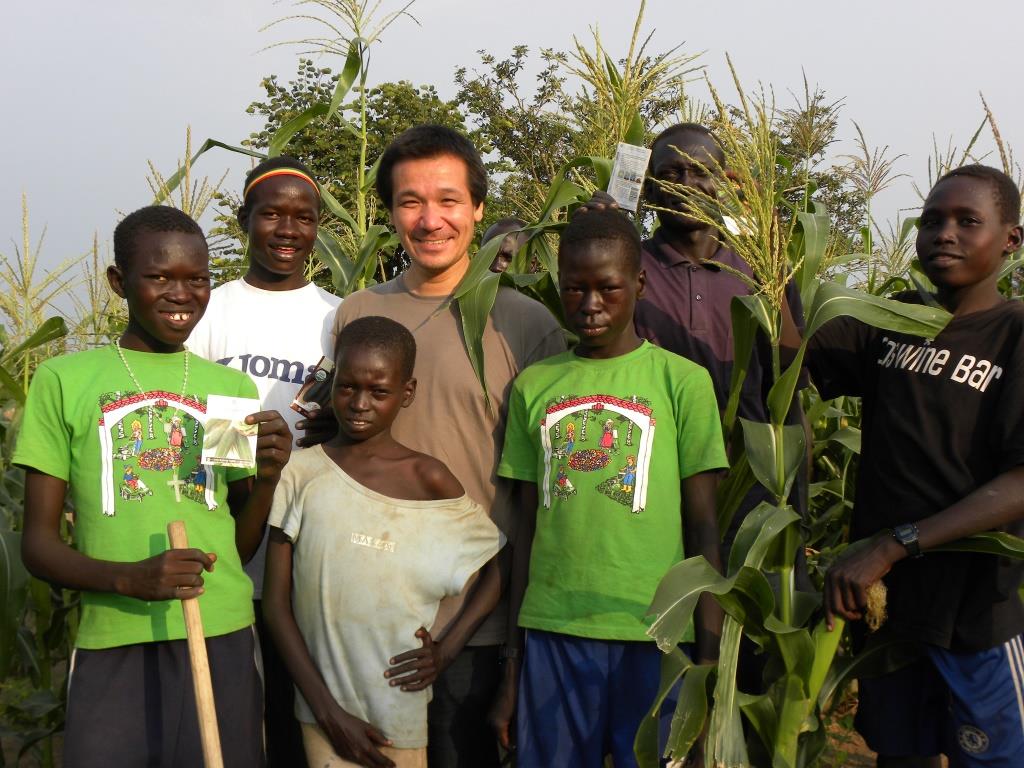 The rapid, post-war urbanisation was a further stressor for the people living here. Gregor notes, “Most youth grow up the traditional way, without school. They herd cattle and help in the fields or in the homesteads. Although some have been to a town, most have never seen a car.”

While war may have stopped at the doorstep, its effects have ravaged the house. When conflict restricted goods from travelling down the Nile, the small market town of Old Fangak ran out of food, just as it was being overrun by people fleeing the violence. Suddenly the Red Cross, UN, and other NGOs swooped in to aid the displaced people. What was once a village became a small town, with 30,000 new residents. And what was once a people used to a yearly cycle of food scarcity has become a population increasingly dependent on outside food aid. Internally displaced people (IDPs) invite their extended families to Old Fangak, to avoid the lean season, and food supplies cannot keep pace with the influx.

Of course, Father Gregor sees the blessing in this scarcity, too. “These people survive with the bare minimum and show us what is really essential in life,” he says.

The war has left a lasting scar on the people of the region in another way, too. Gregor says that “in some places, there are almost no boys in their teens and early twenties.” Sending boys to war was seen as a patriotic duty, even when families were struggling to simply survive.

The recent history of Africa is rife with stories of children being conscripted for military service, but the lines between childhood and adulthood are not as well-defined in this region of Africa as they are in other parts of the world.

“Child soldiers are, by definition, youth below the age of eighteen,” Gregor explains. “Among the Nuer, the distinction of underage has no cultural meaning. As in other traditional cultures, youth are considered adults much earlier. As they enter puberty, they learn to hunt and also to kill. When youth are recruited, people don’t ask them for their age, but instead look at their body development or if they have received marks on their forehead. Quite a number of youth in the countryside might not even know with certainty their birth year.”

A tender age is no barrier to soldiering, and recruiters have been arbitrary in their selection process. Gregor recalls, “During 2014, the opposition forces in our area were satisfied with the number of volunteers. As the conflict dragged on, they forced every man who owned an AK-47 (the Kalashnikov) to fight. The other alternative was to give up one’s weapon, which was a tough choice to make. When this measure could not provide enough fighters to replace the fallen ones, we had a massive forced recruitment in the whole county. Many homes in the villages were raided by night and youth taken indiscriminately. In Old Fangak, they called the population to the public square and then detained all men. Although most of them (in particular the older ones) were released, the authorities in the town didn’t want to be recruited. But in the villages, there were many volunteers who saw it as an act of self-defense.” 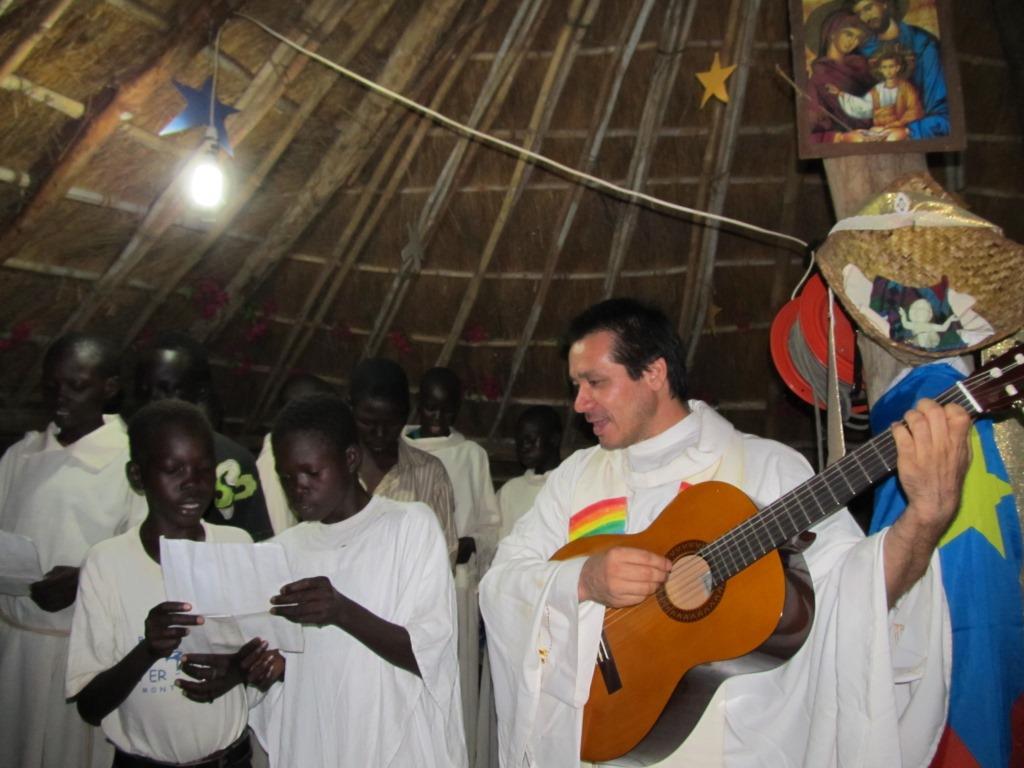 There was another cultural perspective at play, too, he says. “The Nuer also believe in fate, that God has already decided the day a person dies. If they go to fight, they feel protected by providence.”

The loss of a generation of men means that it is even more difficult to plant and harvest a field or to hunt or herd cattle. Even during times of peace, this hard way of life has become harder.

While aware of the dangers of serving in a poor and war-torn country, Father Gregor insists it is simply part of the Comboni charism. For the Comboni Missionaries, he says, “it is clear to us that our presence in South Sudan is more important than ever before. In South Sudan, only one in five people can read. Women have even less access to education. It is three times more likely that a teenage girl will get pregnant and die due to complications during childbirth than that she finishes school.

“The Gospel bears witness to the light of Jesus that shines in the darkness. Where people accept this light, hate is transformed into love, and desperation into assurance. Our Rule of Life states: ‘Following Christ, the missionary becomes one with the people in their life, work and journey, sharing their lot.’ If this fate is a civil war, it is also my fate. I accept this consciously and live it, trusting in God.”

“Regarding our work of building the faith community, I hope that it bears fruit eventually. But this is not something one can implement in a set timeframe—like project goals. The Church breathes in the rhythm of generations. That’s why 1 believe that it will take quite a bit of time until the values of the Gospel become rooted in the society, and the community of faith creates a stronger identity than one’s ethnic group.”
(Kathleen M. Carroll – Comboni Missionaries)