Central Africa Republic. News from the mission of Mongoumba 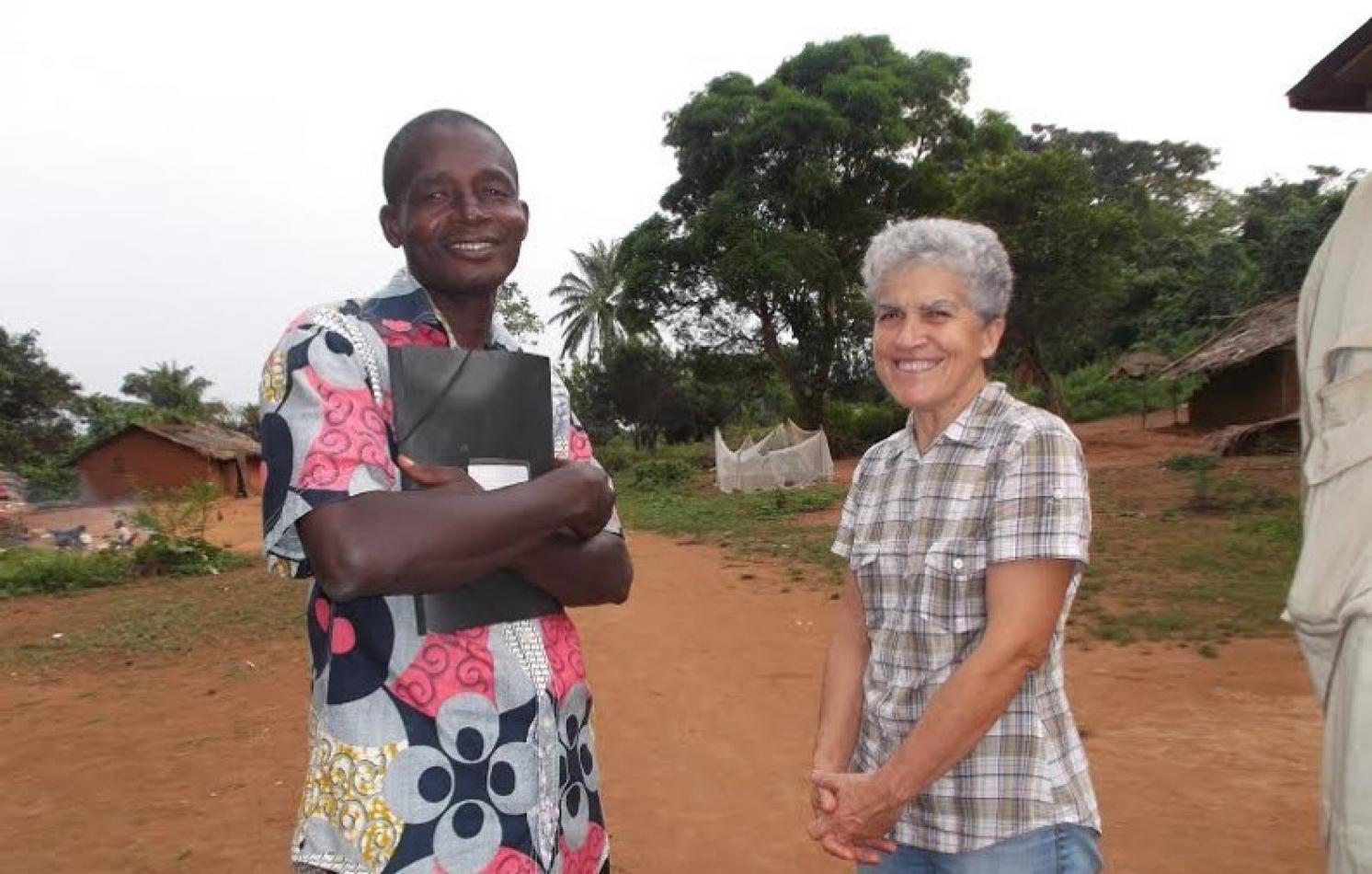 Monday, May 13, 2019
“I came to Bangui, the capital of the Central Africa Republic, because Fr. Fernando had an accident and is here in the hospital. The accident happened when he was returning from Mbaiki after attending the Chrismal Mass. Mongoumba belongs to the diocese of Mbaiki. The CLM Cristina and Fr. Maurice were with him and behind them there were seven people. Luckily, Cristina and Fr. Maurice were not hurt and had no great physical pains, but it is always difficult to absorb the accident emotionally. However, they were able to stay by Fr. Fernando, which was the important and necessary part”, writes Maria Augusta, Comboni lay missionary (CLM), for her parish paper “O Astrolábio”.

The people following behind were hurt a bit, but fortunately there was nothing serious and only one was taken to the hospital, but with nothing major, by God’s grace. Fr. Fernando was thrown out though the glass on the door side and suffered a double trauma, one in the face including the eyes and one in the back. He underwent surgery on Easter Sunday and all went well.

Ana and I arrived in Bangui on Tuesday and stayed at the postulancy, because they were having the Comboni Assembly. We spent Easter worrying a lot, because we did not know how they were doing. When we saw Fr. Fernando he was still in a bad shape. Only today he came briefly to Comboni House, the Comboni residence in Bangui, because we have been very busy with him. By God’s grace, he is improving every day. Just the same, he must eat everything pureed because his upper jaw does not meet his lower jaw and so he cannot chew. We are hopeful that at the level of his head everything is working, because he speaks well and all his senses work… We thank God who protected all the travelers. God’s Providence was with them, because the accident happened 1 km from the Mbata mission and also because a vehicle went by that took them to the town hospital, where Fr. Fernando was sutured, and then all the way to Bangui.

Fr. Fernando will be moved to Benin for a CAT-scan of his head, to make sure he is well, and then to rest and get his energy back to continue the mission the Lord has chosen for him. I am confident that, by God’s grace, all will be well!

Cristina underwent some tests and all is well. She helped Fr. Fernando a lot! She will remain in Bangui to rest until she recovers enough to go back to Mongoumba.

Fr. Maurice is well, but very tired… up until Wednesday he spent night and day taking care of the wounded. Thanks be to God that on Thursday and Friday he could rest and begin to feel better…

Fr. Samuel returned on Wednesday, fully animated for the mission waiting for him. In July and August he will do mission promotion in the United States.

We hope that by then Fr. Fernando will be back in good health.

The assembly went well. A brother from Togo, a friend of Fr. Maurice, came to take part in it.

The twin girl I talked to you about in my last message, eventually died… The Lord welcomed her in his arms, because she suffered a lot.

Always united in prayer. I wish all of you a Happy Easter!

A worldwide embrace to you all! Thanks for your prayers.
Maria Augusta, CLM, For Astrolabio, Year 5 – No. 147 – May 5, 2019
The parishes of Cabril, Dornelas do Zêzese, Fajão, Janeiro de Baixo, Machio, Pampilhosa da Serra, Portela do Fôjo,Unhais-o-Velho and Vidual
Portugal