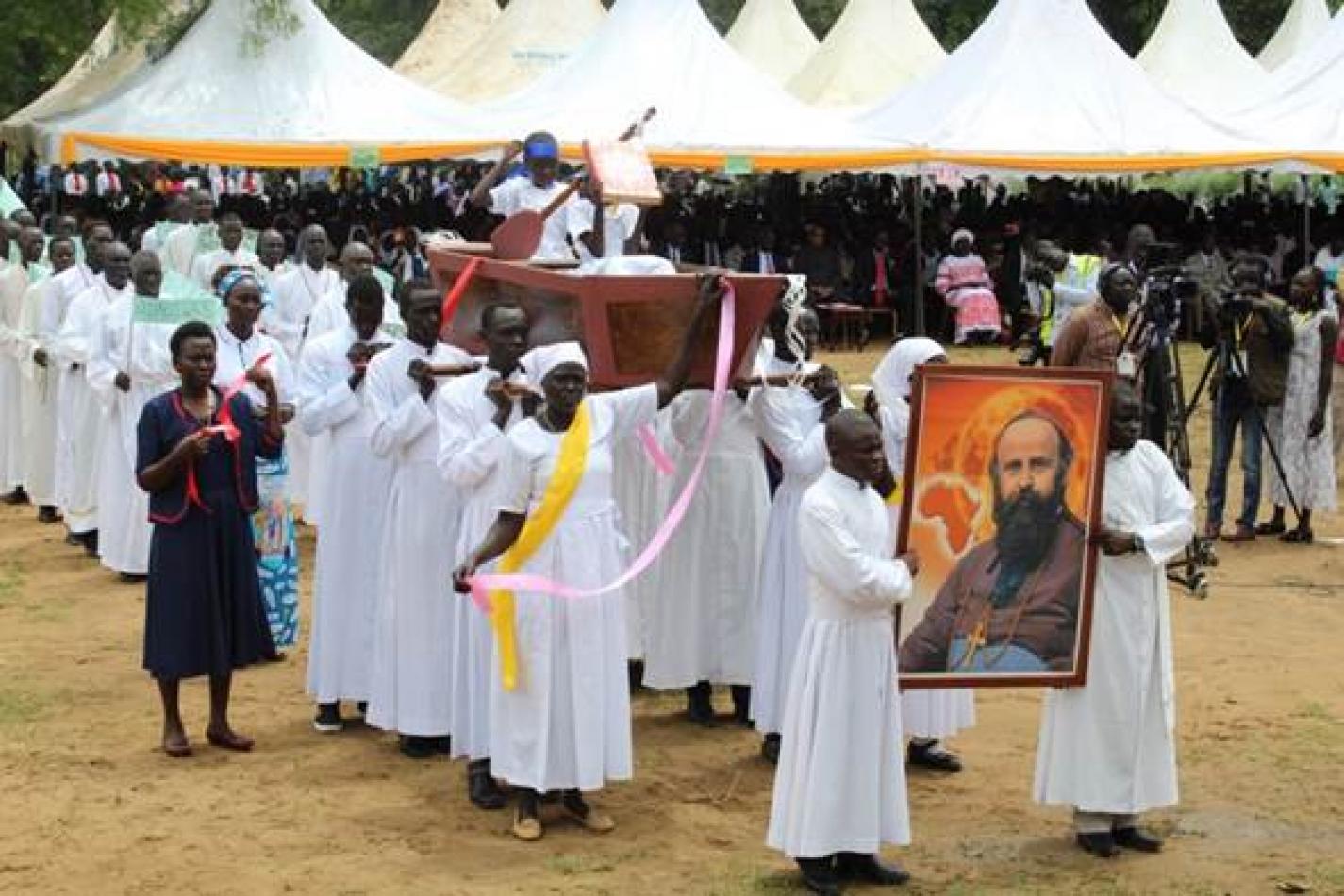 Wednesday, October 23, 2019
This year the communities of provincial house and pre-postulancy have organized a public lecture at the Catholic University of South Sudan under the theme: St Daniel Comboni encountering the youth. It was held on Saturday 5 October. The context of the lecture was the extraordinary missionary month with the invitation: Baptised and sent.

Fr. Louis Okot was the main speaker and did not miss to encourage the youth to take God as guide of their life and live their faith actively. Most of the people who attended the conference were students of the catholic university but there was also a large representative of the Comboni Secondary School and secondary school students who are members of the YCS (Young Christian Students), which is an association that in Juba was much promoted by late Fr. Ottorino Sina and Fr. Todd Riebe. After the speech there was room for questions which were answered by Fr. Louis Okot unveiling that youth have great thirst for God and find answers to their many doubts and uncertainties.

On October 10, the Archdiocese of Juba invited all diocesan clergy, religious, seminarians, catechists, youth and lay ministers to celebrate the feast of St Daniel Comboni in Rejaf as part of the celebration of the Centenary of Faith. The celebration was presided over by the Archbishop Paolino Lukudu Loro with the participation of many faithful Christian, in large majority youth. Religious congregations have exposed banners to present their charisms and activities. There are eighteen male and female religious congregations in Juba which enrich much the ecclesial community. At the beginning of the liturgy of the Word, signs were presented that signifies the work of God, the Trinity, by means of the missionaries. The book of the Word of God was brought in procession by two kids boarding a small boat to make memory of the old boat bought by Msgr. Franz Xavier Geyer called REDEMPTOR. The day ended with a meal offered by the archdiocese and the entertainment offered by several groups of youth who attended the event. The youth presented their songs which revealed their relationship with St. Daniel Comboni. There were speeches both from church and government representatives.

Beside this celebration in Rajaf, Fr. Paul Idra and Sr. Akumu Lily Grace Lam, both vocation promoters of the Comboni family, organized a youth and aspirants gathering at the provincial house on Saturday 12th of October. More than fifty participants attended the vocation meeting.

The Archdiocese of Juba is now preparing for the great celebration of closing the Centenary Year in Rejaf on November 1, 2019. 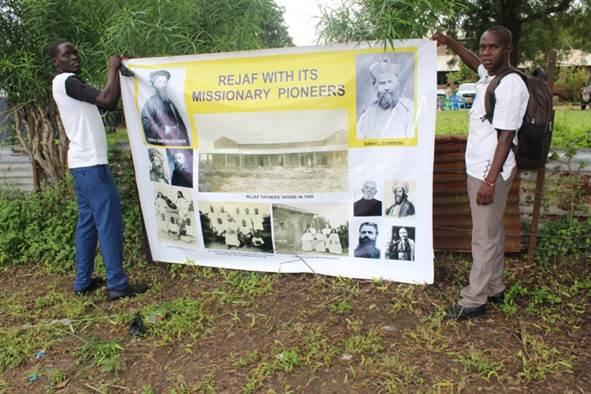 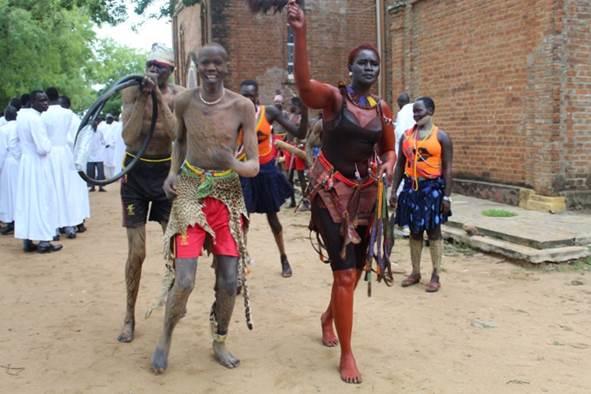 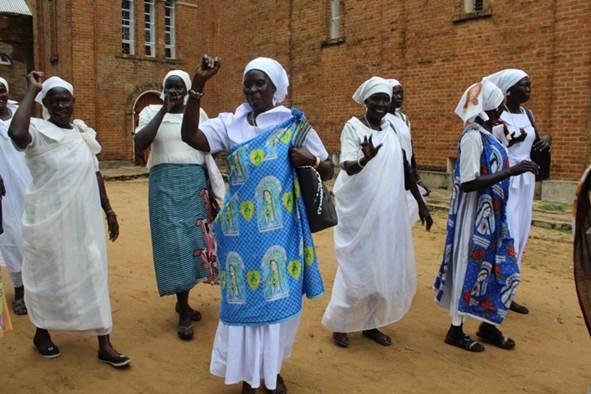 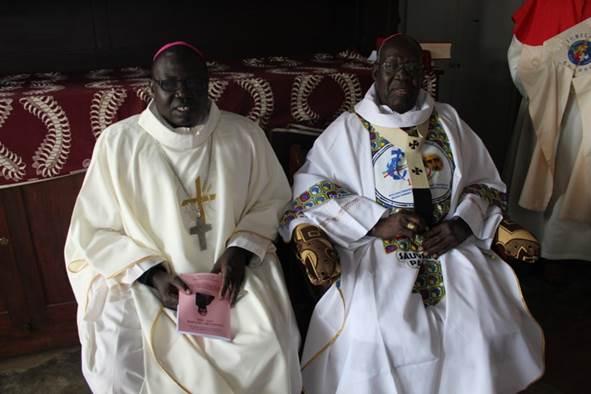 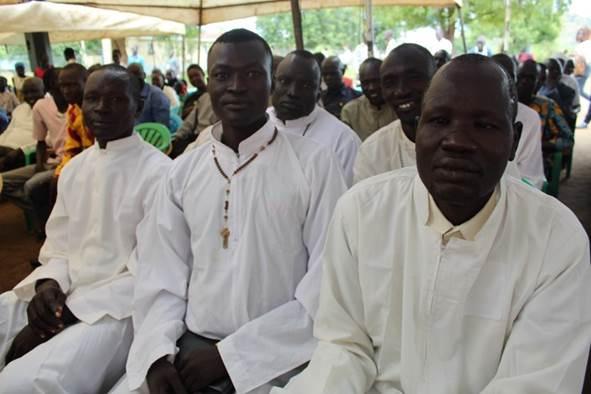 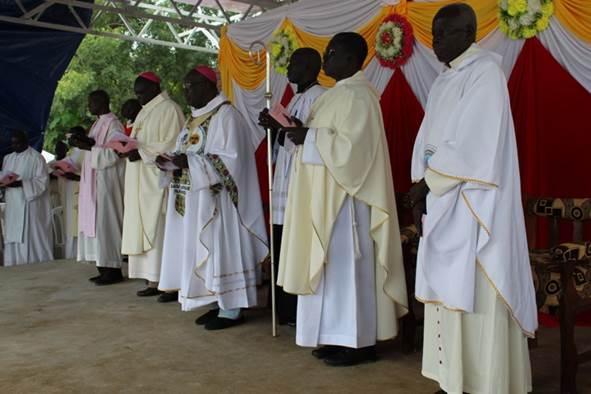 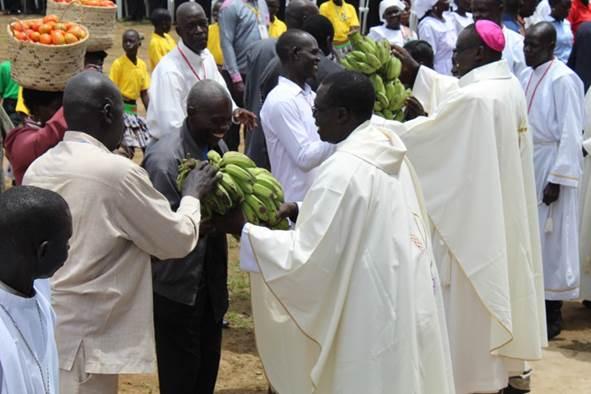