Home
Circumscriptions
Congo - (Nouvelles)
DR. Congo: What it means to be a doctor and a missionary

DR. Congo: What it means to be a doctor and a missionary 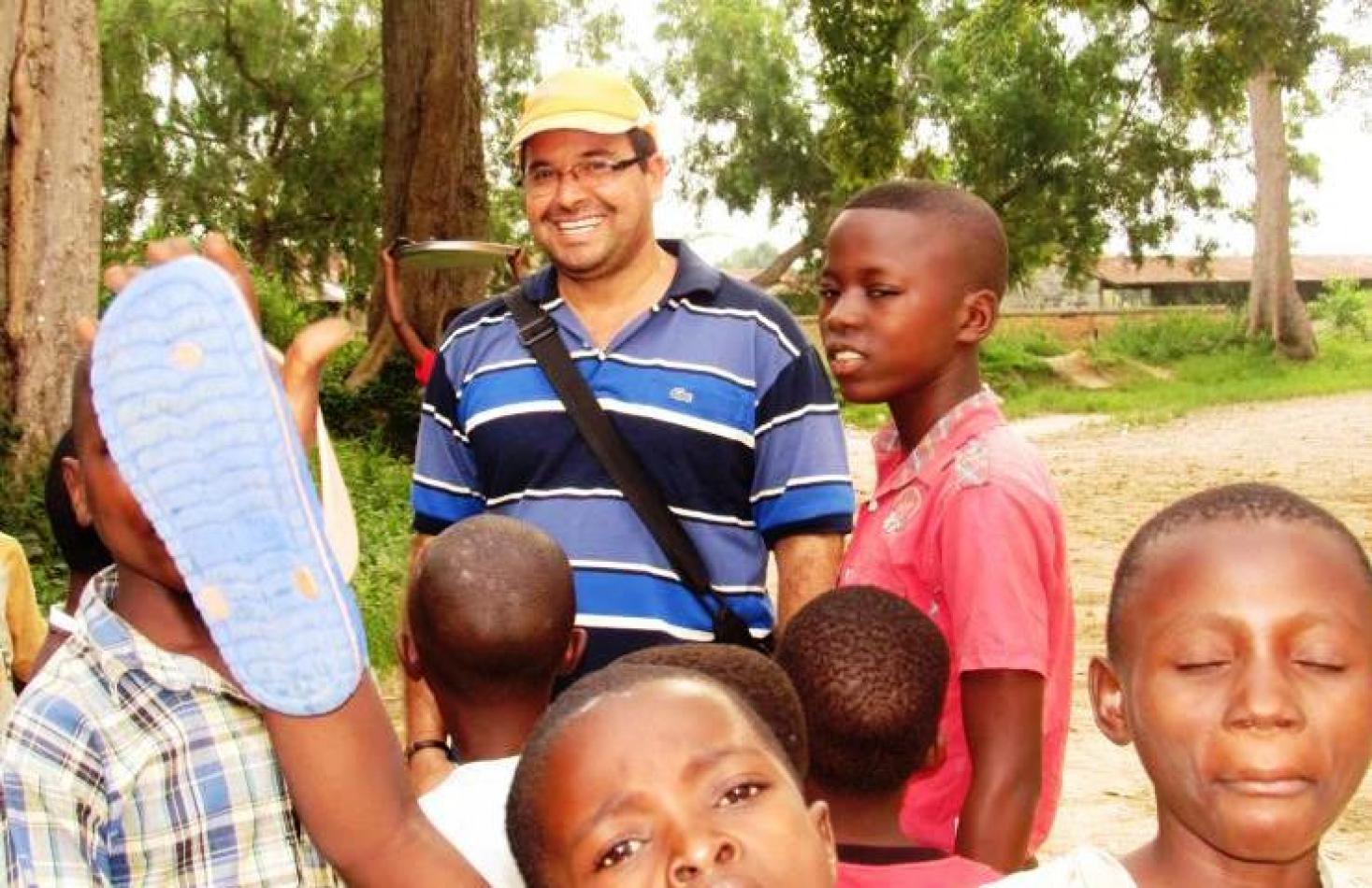 Friday, November 8, 2019
Comboni Brother Juan Carlos Salgado (in the picture), a medical doctor, has the joy of serving the poor and needy at Bondo hospital in the Democratic Republic of Congo.

Bondo is a small city towards the north of the country in the province of Bas-Uele, about 200 Km. North-west of the capital Buta. It has about 40,000 inhabitants and is located in a very isolated region. The roads are poor and one can only travel by motorcycle or bicycle. Since consumer goods are transported by motorcycle and there are many military road-blocks where payment is necessary, the products are very expensive.

Bondo is a multi-ethnic city – with communities of Azande, Ngbandi, Benges or Nandes -Many people come here in search of gold. For the most part, they are Congolese and the majority come from Bas Uelé and the surrounding provinces. The mines are rudimentary. The miners dig in the sand until they find gold which they then sell by weight. The market price here of a gram of gold is around 45 euro.

In Bondo, a great deal of money changes hands but since the local authorities show no interest in the infrastructure and do not build good roads, the city is not developing. There is no electricity and solar panels are in use. There are four of us here in the Comboni community of Bondo. We provide pastoral service in a parish a few kilometres from our house.

I am Mexican and, having taken first vows, I studied nursing at Monterrey in my home country. In 1998, I went to Nairobi, the capital of Kenya. That was my first contact with the African continent. Four years later, when I had finished my religious training I was appointed to the democratic republic of Congo where my first mission was in Duru. I worked there for four years in a dispensary.

In 2003, in order to improve my knowledge of tropical diseases, I went to study medicine at the University of Gulu, Uganda, for six years. I wanted to complete my education in an African environment.

In 2009 I was sent to work at Mungbere Anualite Hospital.  It belongs to the diocese of Wamba where it was founded in 1980 and it is managed by the Comboni Missionaries. It has 140 beds in five departments: Medicine, Surgery, Obstetrics, Paediatrics and Maternity. Seven dispensaries located between 10 and 54 Km from Mungbere ensure medica assistance to a large portion of the people of the region. My work was to supervise the work of the seven dispensaries. I spent hours moving from one dispensary to another due to the bad roads. Besides that, there are also the many military road-blocks. They knew I was a doctor and sometimes let me pass but on other occasions they would ask me for money.

After about a year I was transferred to Bondo. As well as my usual medical work, I spend a lot of time coordinating the work of the dispensaries and meeting the nursing personnel. My day begins very early. I meet with the night-shift nurses and then I see each one of the patients and I see to the people who come for medical consultations. If there are cases that need surgery, they are scheduled according to urgency. We carry out at least two operations every day, even though ours in a small hospital and our resources are few. We are two doctors and 18 nurses and we have 70 beds for admitted patients.

For me this experience is very meaningful and enriching. Through my work I am able to do my best as a missionary and professional. I learn a great deal from the people. I believe it is a reciprocal enrichment. My greatest benefit is to see patients returning home cured. It always gives me great pleasure to meet someone on the road who greets me. When I ask them where we met they tell me how I was the one who assisted them on the birth of one of their children or that I was the doctor who operated on their appendix. This is beautiful and gratifying.
Comboni Missionaries