Home
Circoscrizioni
Perú-Chile - (Noticias)
Father Zúñiga Paredes Roy Carlos: “What do you want from me?”

Father Zúñiga Paredes Roy Carlos: “What do you want from me?” 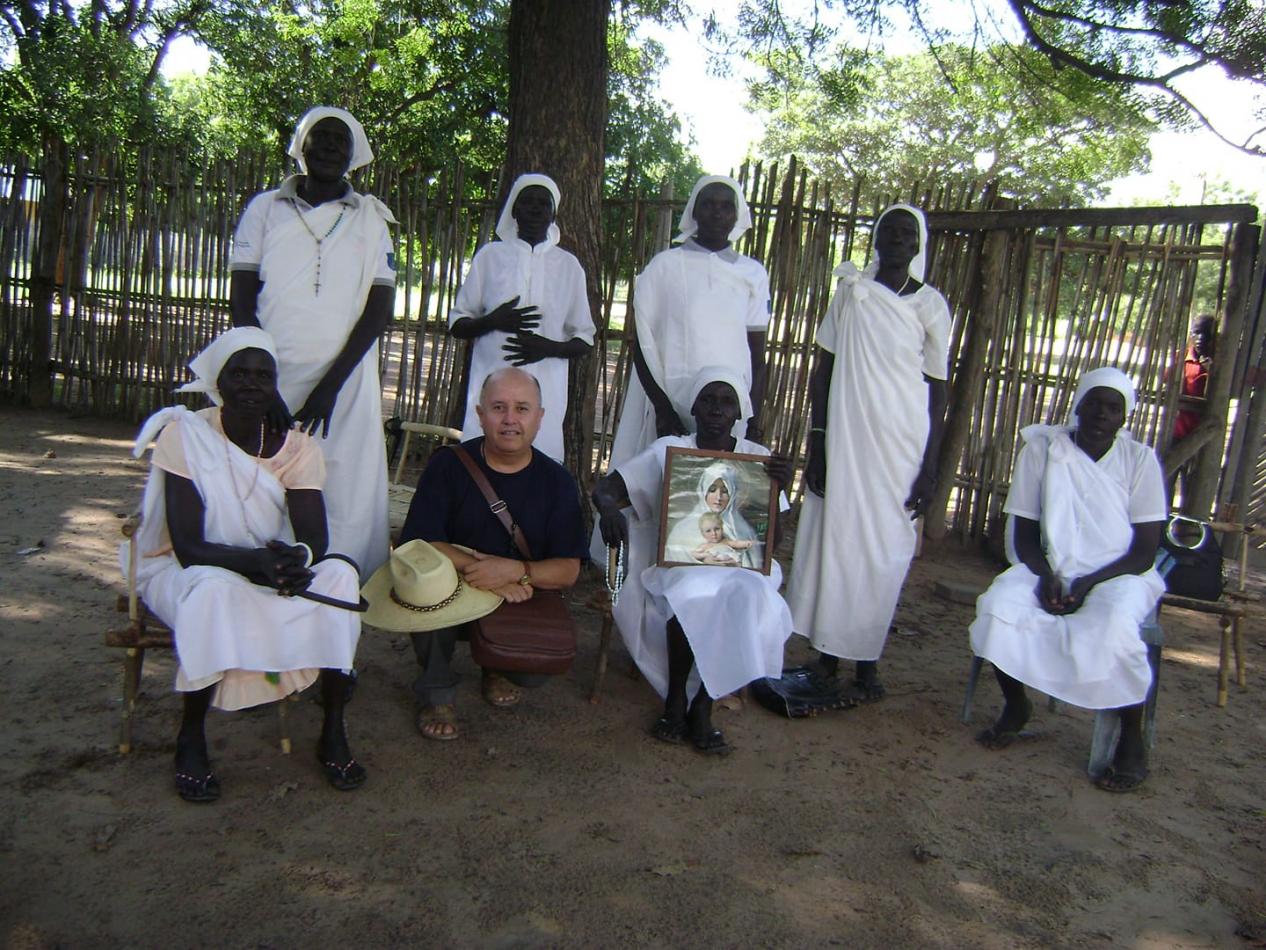 Saturday, February 15, 2020
He always felt that God was calling him. For a while, he resisted that voice, up to the point of being ready to call it quits. Eventually, he yielded to God’s will. Now he is making the best of where God places him. A Comboni Father, Zúñiga Paredes Roy Carlos from Peru, tell us his story. [Comboni Missionaries]

I was born in Arequipa, the stunning volcano-ringed colonial-era city in south-western Peru. Since I was a tiny toddler, I felt God’s call. During my teens, however, I kept that desire of mine hidden, since I was shy of talking about it with my schoolmates. At any rate, after high school, I went to university. I thought that would please my parents. And it did. Yet, after graduating in Civil Engineering and entering more deeply into the subject of my future career, I realised that the world around me was not matching my true vocation. I felt disenchanted by the fieldwork, and my earlier heart’s desire re-emerged stronger than ever.

I started going to church again, something I had neglected for some time. A friend invited me to a spiritual retreat, and I found myself asking God: “What do you want from me?” I repeated that question several times during that weekend of prayer, but the answer did not come.

God’s timing differed from mine, yet it was rightly around the corner. In 1984 – I was 21 – on the World Day of Prayer for Vocations, the parish priest, after commenting on the Gospel passage of the Good Shepherd, uttered a statement that was sharper than any double-edged sword: “If any of the youngsters present in this church today is hearing God’s call, let him not make God wait anymore!” Those words penetrated me, cutting through the spirit and the soul and judging secret emotions and thoughts. I felt transfixed to the spot. My limbs were stiffened, and an icy coldness crept through my veins. I burst out crying. Tears kept welling up in my eyes even when I went to receive Communion. After mass, I ran home, repeating to myself: “I can’t… I can’t”. I did not feel worthy of God’s calling.

Two years later, I opted for a compromise: “Since I will not be a priest, let me become a catechist! So, I signed up for some courses offered by the Catechetical Centre of Arequipa Archdiocese.

One day, in the catechetical centre, I met Carlo Morani, an Italian Comboni brother. I soon opened my heart to him. I had been reading a lot about the work his congregation was doing in Africa through Mision sin fronteras (‘Mission without borders’), the monthly magazine they were publishing in Peru. I admired the work they were doing, especially in some African countries torn by wars and conflicts. At the end, I told him: “This is what I have always desired to do’: He looked at me straight in the eyes and said: “If we accept you, when would you be ready to come?” I let the answer burst out of my lips without much thinking: “Tomorrow, if you tell me so.”

The same day, I broke the news to my parents. They did not take it well. Dad said: “Do you think we have invested all these years in your education for nothing?” Mum was more conciliatory: “Why don’t you become a diocesan priest? Do you really have to go so far away?” I felt sorry for them, but I remained adamant in my decision to become a Comboni missionary.

In November 1986, I went to Lima for a vocation discernment and I was accepted. The following March, I began my studies of philosophy and theology. In 1989, I entered the novitiate and, in May 1991, I did my first religious profession. Soon after, I was sent to London to complete the theological courses. In July 1996, I was ordained a priest in my home parish.

Three months later, I was in Cairo (Egypt) for a 2-year-course in Arabic Language and Islamic Studies. In 1998, I was appointed to South Sudan. For two years, I worked among the Nuer, in the Upper Nile region.

In 2001, the bishop of Rumbek, Mgr. Caesar Mazzolari, who had moved several of the diocesan structures to Kitale (Kenya), away from the horrors of the war in South Sudan, asked my superiors whether they could send a Comboni missionary to work in the new centre. They chose me. Immediately, I moved to Kitale to be a sort of a chaplain of the catechist centre, the minor seminary and the nursing school. My main duty was to live close to the seminarians as their spiritual father, teach catechists and train teachers.

As the war fought by Khartoum against the southern Sudanese worsened, some towns underwent serious bombings. Raja and Dem-Zubeir were devastated and their inhabitants fled their homes and headed further south, towards Western Equatoria. Since Raja had always been a parish served by the Comboni missionaries, they felt they had a responsibility towards it.

So, in May 2002, they asked me to leave Kitale and go back to South Sudan to help the Internally Displaced People (IDPs) of Raja Parish, who had been grouped in a camp. The challenge before us was to keep people’s hope alive, in spite of the desperate situation they were living in.

In February 2018, I was called back to South Sudan. At present, I am helping in the parish of Tali, in the diocese of Juba, among the Mundari ethnic group. Together with the rest of the Comboni Missionaries in South Sudan, I am committed to dialogue initiatives that may raise new hope for peace in the world’s youngest nation.
Comboni Missionaries