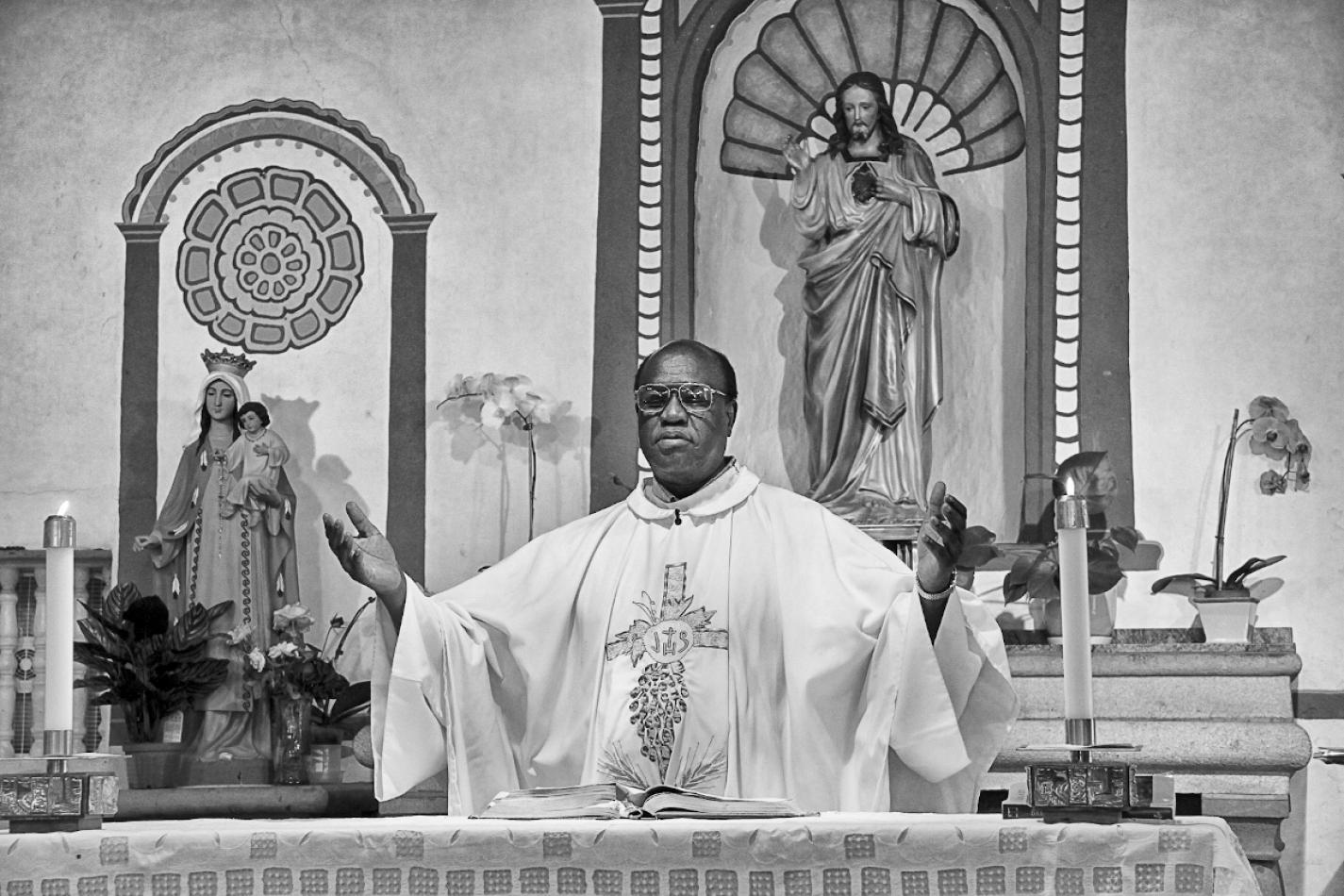 Friday, July 10, 2020
Father Modi Abel Nyorko was a generous and exceptionally kind person — dedicating his life to serving others and sharing the Gospel with the people of South Sudan and the United States.

He was born on July 31, 1943, to Elizabeth Kaku and Nyorko Jangara in Juba, South Sudan. He began his education at Kadule elementary school. His intermediate school years were spent at Okaru seminary. With a strong desire to become a missionary priest, Modi went on to college at Tore Major Seminary in Yei, followed by studies in Philosophy and Theology in Kit, Lacor (Uganda) and Italy.

For his religious formation, Modi made his novitiate Florence, Italy. He made his First Religious Vows on September 9, 1970 and went on to study theology at the Pontifical Urban College in Rome. At last, on April 3, 1971, Modi was ordained a priest in Macerata, Italy, by Bishop Ersilio Tonini, later Cardinal Tonini. For nearly fifty years he lived as a Comboni Missionary priest — living a life of faith and selflessness.

Father Modi’s first assignment was to South Sudan where he worked for eight years, 1972–1980. During that time he founded the Comboni Primary School in Nzara — a school that is still open today. A junior level was added to the school in 1990 by another Comboni Missionary, Father Elvio Cellana.

From 1980 to 1985, Father Modi was in the North American Province. During this time, he earned a master’s degree in education at Xavier University in Cincinnati, Ohio. Later he studied Christology at Catholic Theological Union in Chicago, Illinois. In 1985, he was called back to Juba by Archbishop Paolino Lukudu.

He became the Vice Rector in St Paul National Major Seminary in Munuki, (Juba) from 1985-1989. Some of his students in St Paul’s Seminary include some Bishops serving dioceses in Sudan (the current Archbishop of Juba, His Grace Stephen Ameyu; the Bishop of Tombora Yambio, Bishop Edward Hiiboro; Bishop Santo Auxiliary Bishop of Juba; Bishop Trille, the current Bishop of El Obeid. While serving as Vice Rector, Father Modi was also appointed Archdiocesan Director of Youth Association 1987-1989.

In 1989-1994, Father Modi became the Provincial Superior of South Sudan Province. He was the first ever African Provincial in the history of the Comboni Missionary Institute. After handing over the Province to Father (later Bishop) Caesar Mazzolari, Modi worked with displaced people in camps in Juba. In September 1996 he went to Rome for a sabbatical.

In July 1997, Father Modi became a member of the North American Province. During that time he studied Spanish in Cuernavaca, Mexico at our Pre-Postulancy. This enabled him to do ministry in Holy Cross Parish in Los Angeles, California from May 20, 1999 to December 31, 2008. He served as the Vice Superior of the Holy Cross community from December 6, 2004 to December 31, 2008. From January 1, 2009 he was moved for Mission Promotion to the La Grange Park community in Chicago, Illinois. He carried out this activity till June 30, 2011 when he was transferred to our mission center in Covina, California for mission promotion.

In 2015 and 2016 Father Modi was at St. Lucy Parish in Newark, New Jersey. From January 1, 2017 until the time of his death, Father Modi had a senior status in the Cincinnati community. His presence in the community was marked with a sense of gentleness, kindness and earned him the nickname of African Chief. The death of Father Modi came on June 1, 2020, the day of the 153rd anniversary of the Founding of the Comboni Institute.

Father Modi Abel Nyorko spoke Bari, Zande, English, Arabic, Italian and Spanish. He was a man of deep prayers, kindness and peace! The employees at the Cincinnati Mission Center had grown especially fond of Father Modi during his three year there.

Lorena Janes, who cooks for the priest, said “We’ve all been so blessed to have such a beautiful soul in our life. He touched my life in so many ways with his deep compassion, gentleness, kindness & wisdom.”
[
Comboni Missionaries] 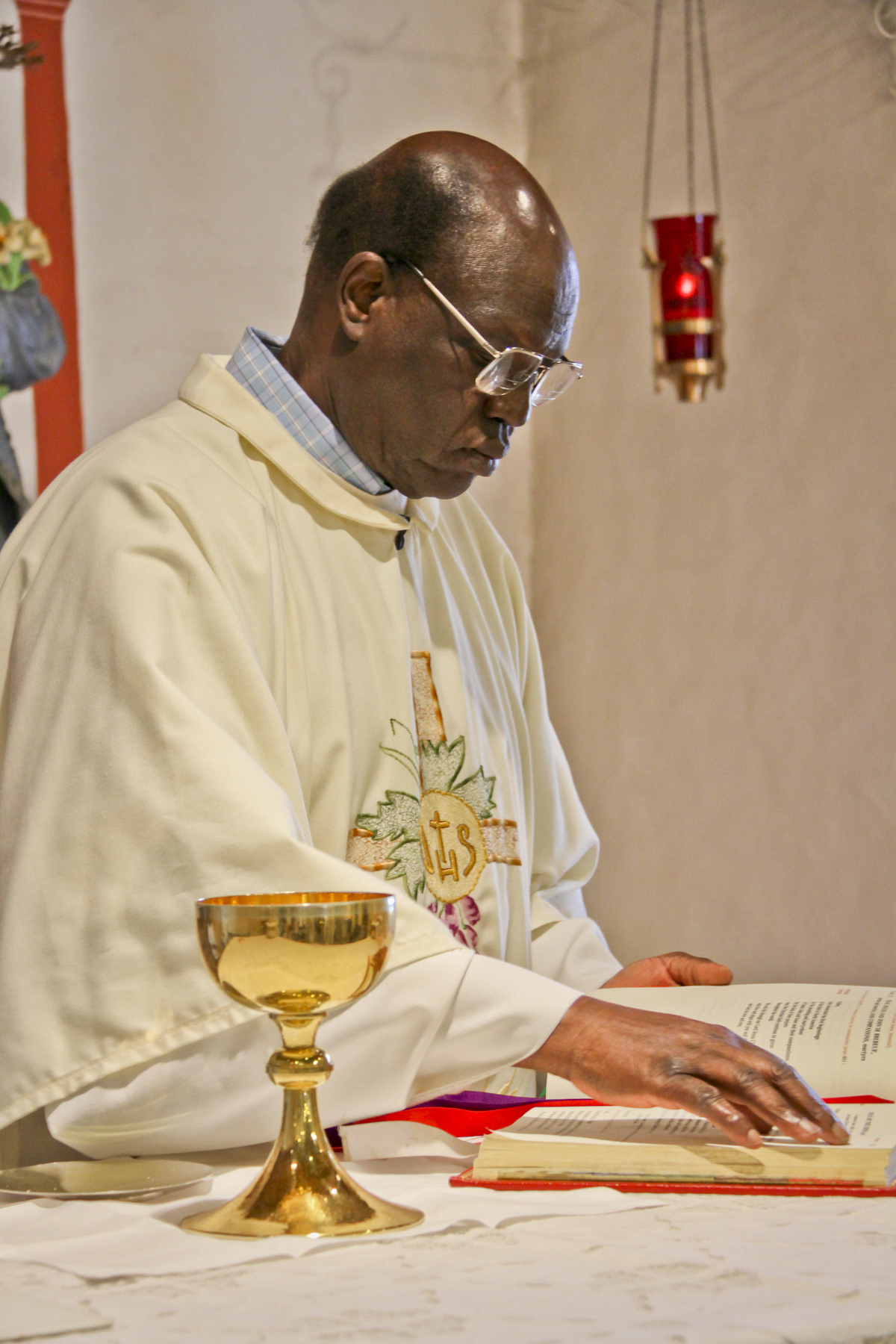