African Witnesses: Father Kiggundu, In Defence of the Truth 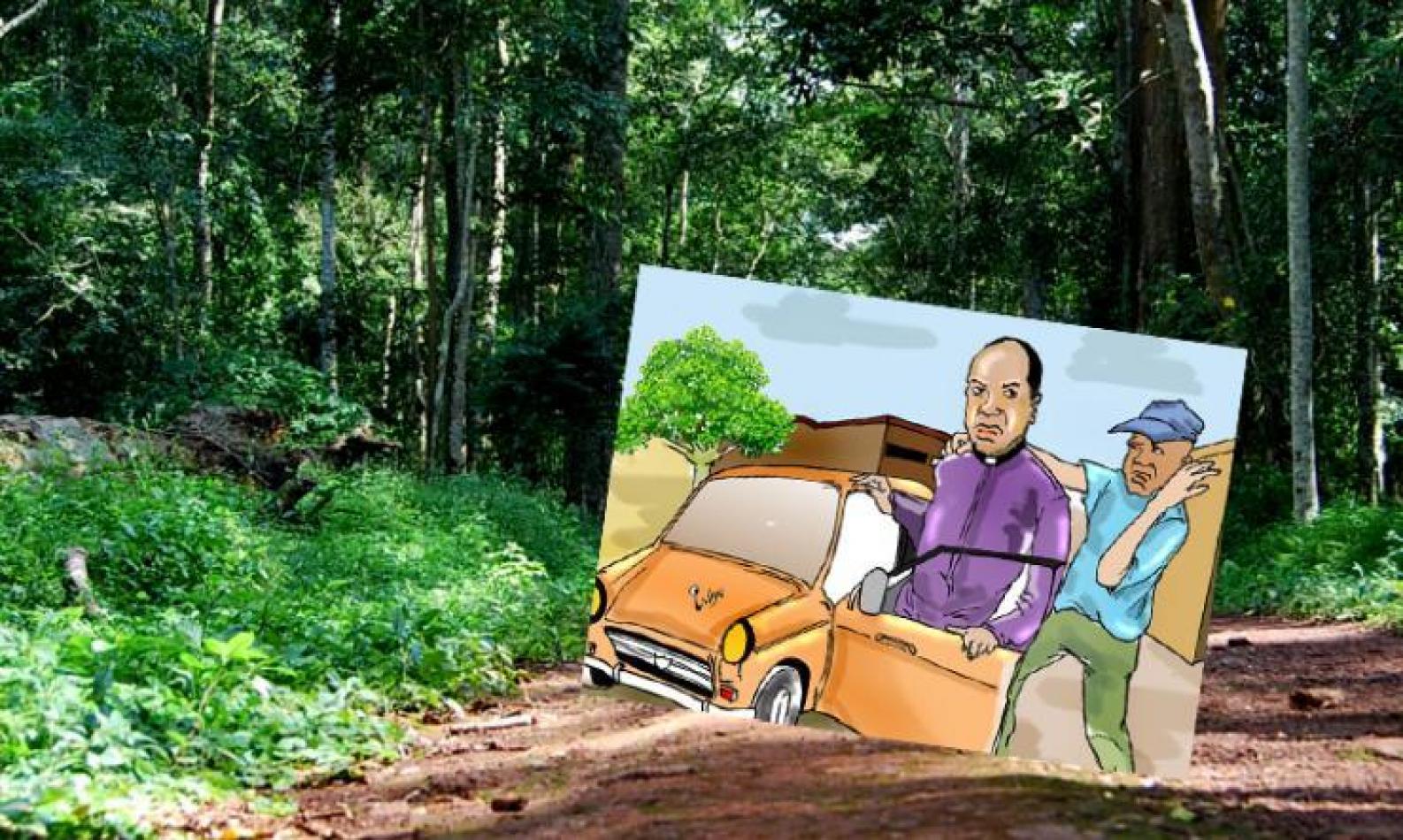 Monday, September 21, 2020
On January 16, 1973, at Rubaga, in a packed cathedral, the funeral service for Fr. Clement Kiggundu was held. In concluding the homily, the Archbishop of Kampala, E.K. Nsubuga, said: “If you opened the coffin and saw what remains of him, you would be shocked.”

The body of Fr. Kiggundu had been found two days earlier on the road to Namanve forest, about 9 miles from the capital city of Kampala in the direction of Jinja. The autopsy at Mulago Hospital revealed that, before setting fire to the car, the killers had strangled him. A bullet was found lodged in his chest. The day before his death, Fr Kiggundu had visited the parish-priest of Lueza and he had told him: “I feel that they are pursuing me; now, they are about to take me…”

Fr. Kiggundu was born at Kisaawa (Kalungu), Masaka district, on June 3, 1928, and was ordained a priest in 1958. In the beginning, he worked in the parish of Kikira; two years later he was appointed a parish-priest at Kyamulibwa. In 1961, he became a writer for Munno, a Catholic newspaper in Luganda, which was founded by the Catholic Church in 1911. Three years later, he took over the direction of the paper. He was brilliant and, in a few years, wrote 8 books in Luganda. In 1968, he went to America for a refresher course in journalism. Back in Uganda, he was once again assigned to Munno as editor and administrator.

Why he was killed so savagely? When Amin decided to expel all the Indians from the country, Fr. Kiggundu had the courage to write in the newspaper that it was an unjust decision. In defence of the expelled Asians, Fr. Kiggundu insisted that all those expelled were not only businessmen, but they included women, children and the elderly. “It is like in South

Africa,” said Munno in their publication of November 9, 1972, in reference to the apartheid system. It was also believed that besides criticism of the expulsion of Asians, Amin was annoyed with the newspaper’s publication of a litany of complaints by women whose husbands had disappeared without trace. The women organised a meeting in Kampala in November 1972. During the meeting, they accused the government of kidnapping their husbands and taking them to unknown places. Others were discovered dead while those whose freedom was bought were found tortured.

During that meeting, the women appealed to government to stop arresting and torturing innocent civilians. They also asked the authorities to release those in captivity. Government media outlets such as Radio Uganda and the Uganda Argus newspaper shunned the meeting and never gave it publicity. Munno stepped in and gave the women’s concerns prominence. A caution is said to have come from the office of the President stopping the newspaper from writing about allegations around people disappearing. Fr. Kiggundu stood his ground and felt the voice of those affected by the excesses of the government needed to be heard.

Maybe there had also been another reason. Fr. Kiggundu was covering the killing of Kiwanuka, and Amin was afraid that he might discover too many things. On 21 September 1972, after the Mass, which he attended daily at the Rubaga cathedral, the President of the Supreme Court, Benedicto Kiwanuka went to his work. All of a sudden, three armed men of the State Research Bureau burst into his office. They seized the magistrate, dragged him to their car and took him to Makyndye barracks. There they stripped him naked and tortured him. He died most probably the day after. Kiwanuka had been the leader of the Democratic Party and Prime Minister when Uganda became independent in 1962. In 1971 Amin had nominated him President of the Supreme Court.

Kiwanuka’s son Steve remembered: “One of the intimate friends of my father was Fr. Kiggundu. They were always discussing the situation. Fr. Kiggundu also suspected he was in danger. One day, my father told me that he had been to lunch with Fr. Kiggundu. Probably it was during that lunch that Kiwanuka exclaimed: “We cannot abandon our country because we are menaced. If we have to die, better to die as martyrs.”

During his burial, in his message, then Archbishop of Kampala Emmanuel Nsubuga praised Fr. Kiggundu as “a courageous man who was always ready to die in defence of the truth.” Fr Kiggundu was buried at the Rubaga Cathedral cemetery. Two years later, Munno was suspended after 85 years of witnessing Uganda’s history.
Comboni Missionaries