Home
Circoscrizioni
Uganda - (News)
Vocation Story of Father Mubangizi: “God has given me so much”

Vocation Story of Father Mubangizi: “God has given me so much” 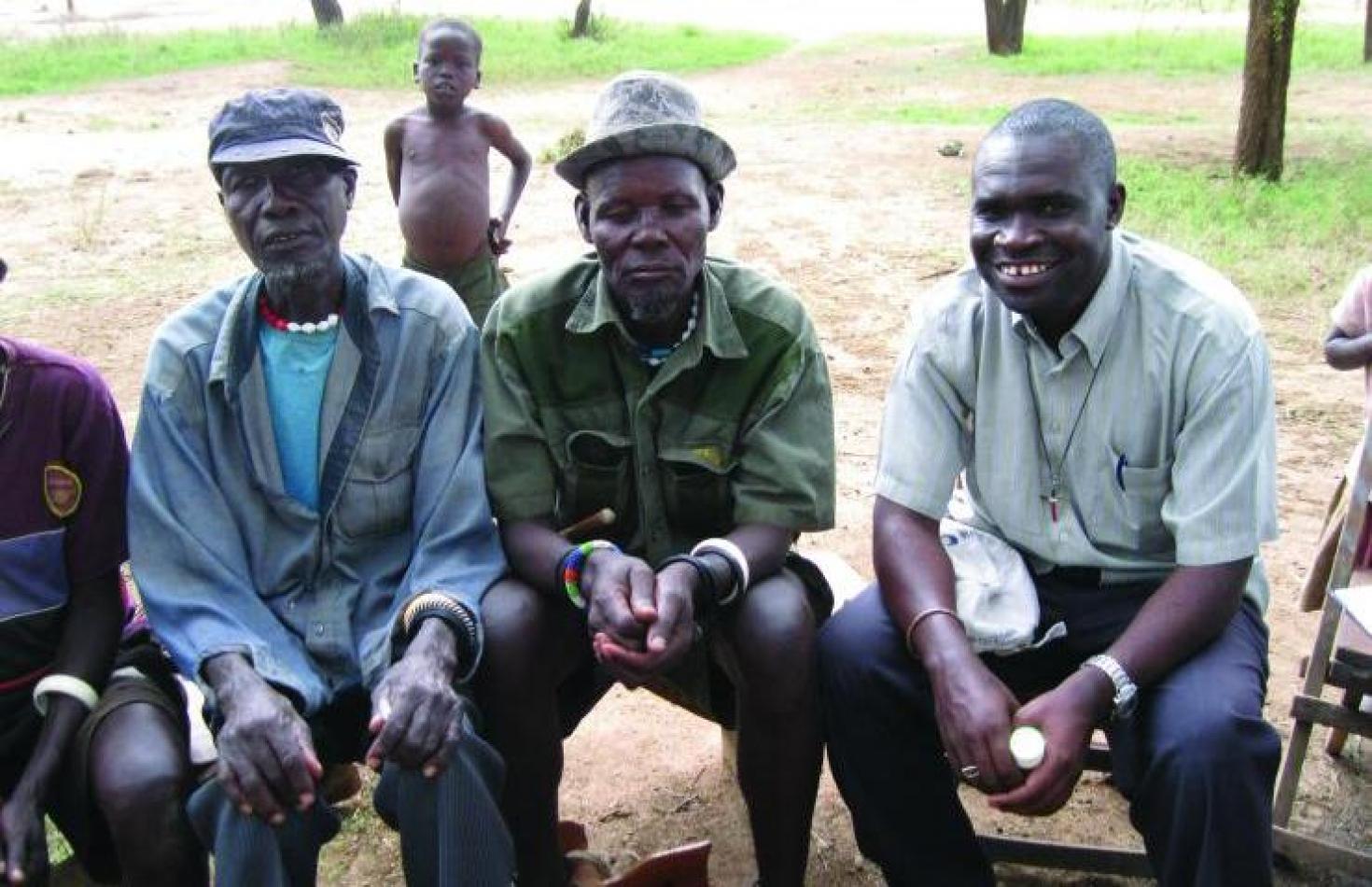 Monday, April 12, 2021
As a boy, he wants to be a priest. Twice he writes an application to enter the seminary, but his wish does not come true. He continues his studies, graduates, and gets a job that satisfies him. But he wants more. Father John Bosco Mubangizi, a Comboni missionary from Uganda, tell us his story.

I was born on 28th August 1976, in Kakore, Kabale district, in Western Uganda. I began school at Rwempungu Primary. In 1991, I joined Kigarama Senior Secondary School, and, in 1994, I sat for the Uganda Certificate Examination (UCE) that opened the door to the Advanced Level, which I attended at St Michael’s High School Rugazi, in Bushenyi. After A-Level, I joined Makerere University Business School, in Kampala. Three years later, the diploma in Sales and Marketing Management crowned my efforts.

I soon found a job with Radiant Health Club, as a manager. A couple of years later, I accepted to be the manager of Namirembe Pharamacy Ltd. In short, I was headed down a road that would open up many opportunities for me. But what does this have to do with the story of my missionary vocation that I am supposed to tell you? Allow me to rewind the film of my life.

The idea of becoming a priest had not been entirely absent in me. In Primary I wrote a letter to the minor seminary in Mbarara Archdiocese, asking to be accepted there. The answer was positive, but soon I had to leave the institution for lack of fees. Years later, I applied to join the major seminary. Once again, the answer was positive. But then I was admitted to the prestigious school on a government sponsorship. My parish priest told to me: “Go to university and get a degree:  If your vocation is true, it will not die. In fact, you will find it more mature and clearer at the end of your studies”.

When I was at Makerere University Business School, I came to know the Comboni Missionaries. I met the vocations promoter of his institute in Uganda. The desire to serve God was still present in me. The frequent meetings with the Comboni Missionary ended up colouring that desire with a precise nuance, which today I can define as ‘missionary’.

I enthusiastically accepted his invitation to teach catechism in St. Kizito’s parish. Few weeks later, I told him I wanted to do more. He was looking forward to it. He introduced me to some of his confreres, and I found myself involved both in teaching catechism in Mbuya Parish, and in caring for the sick people of the parish community. After a period of intense prayer, I left the job I was very proud of, and entered the Comboni postulancy.

I faced the three years of philosophy in the postulancy, at Jinja, and the two years of novitiate, at Namogongo, with passion. It was a wonderful time!  On 29th April 2006, I finished the novitiate by taking my first religious vows, and moved to the scholasticate in Nairobi for my theological studies. I took my perpetual vows, on 1st May 2011. Two weeks later, I was ordained a deacon. On 3rd December 2011, I became a priest, in Bubagizi parish, in Mbarara archdiocese.

I was assigned to Matany parish, in Moroto diocese, in Karamoja, in north-eastern Uganda. I spent six exciting years among the nomadic ethnic groups that inhabited that arid place. For decades, Karamoja has been has been torn apart by violent conflicts, high levels of poverty, and food insecurity. An estimated 80% of the population still live in abject poverty, depending on donor assistance. Emergency aid programmes are still numerous. A challenging zone, indeed. But challenges excite me and make me give the best of myself.

In 2017, I was appointed provincial bursar. I obeyed, though I refused to lock myself in an office, buried in accounts and financial reports. The superiors were good to me and gave me also the job of assistant parish priest in the neighbouring Our Lady of Africa parish, in Mbuya.

The last thing I organised in Matany was the celebration of the golden jubilee of the parish. To solemnise the event, I invited Mgr. Michael Blume, the then Apostolic Nuncio to Uganda, as guest of honour. The last words of his incisive homily penetrated my heart like a double-edged sword. He said: “It is wonderful to celebrate this jubilee of your parish, and you should all be proud. Yet, in this ‘golden’ day of Matany, I feel the need to draw your attention to a problem that I meet every day in Kampala. There are hundreds of ‘golden’ children of Matany, trying to make ends meet along the ‘golden’ streets of the capital, in search of ‘golden’ sweets they will never find… Do not ignore this challenge, if you want your jubilee to have real meaning.” I swore to myself that I would do something about it.

The following day, I went to Moroto to see my bishop Damiano Guzzetti, and told him what I intended to do for those children. He encouraged me and promised his support. He spoke to the Archbishop of Kampala, Cyprian Kizito Lwanga, about my desire to launch some initiatives in favour of the Karimojong children roaming the streets of the capital. Mgr. Cyprian was totally in favour of any projects that I and my confreres might launch for the good of those children.

And here I am, today, with three very interesting jobs: provincial bursar, assistant parish priest, and ‘elder brother’ of hundreds of Karimojong street children. I do not need to tell you which one I prefer. As soon as I have some free time, I run to these street urchins and give free rein to my inventive capacity. Among them, there are many helpless young mothers with babies on their backs. They are like sheep without a shepherd. Some of them would go without food for days. They are very vulnerable and many have been abused.

In Katwe slum, on Sundays, I celebrate mass for the Karimojong community in a temporary structure, made of eucalyptus beams and polythene sheets. In the same structure, we have started literacy and feeding programmes to provide education opportunities and food for the hungry children. When they fall sick, I give them medicines or take them to a health facility.

While I do one thing for these little ones, a hundred other things flash through my mind. I intend to multiply initiatives to make their lives less difficult. Always guided by a fixed idea: “God has given me so much. I must give something back.”
[Comboni Missionaries]