Vocation story of Fr. Nicholas Onyait: the real sense of being a missionary 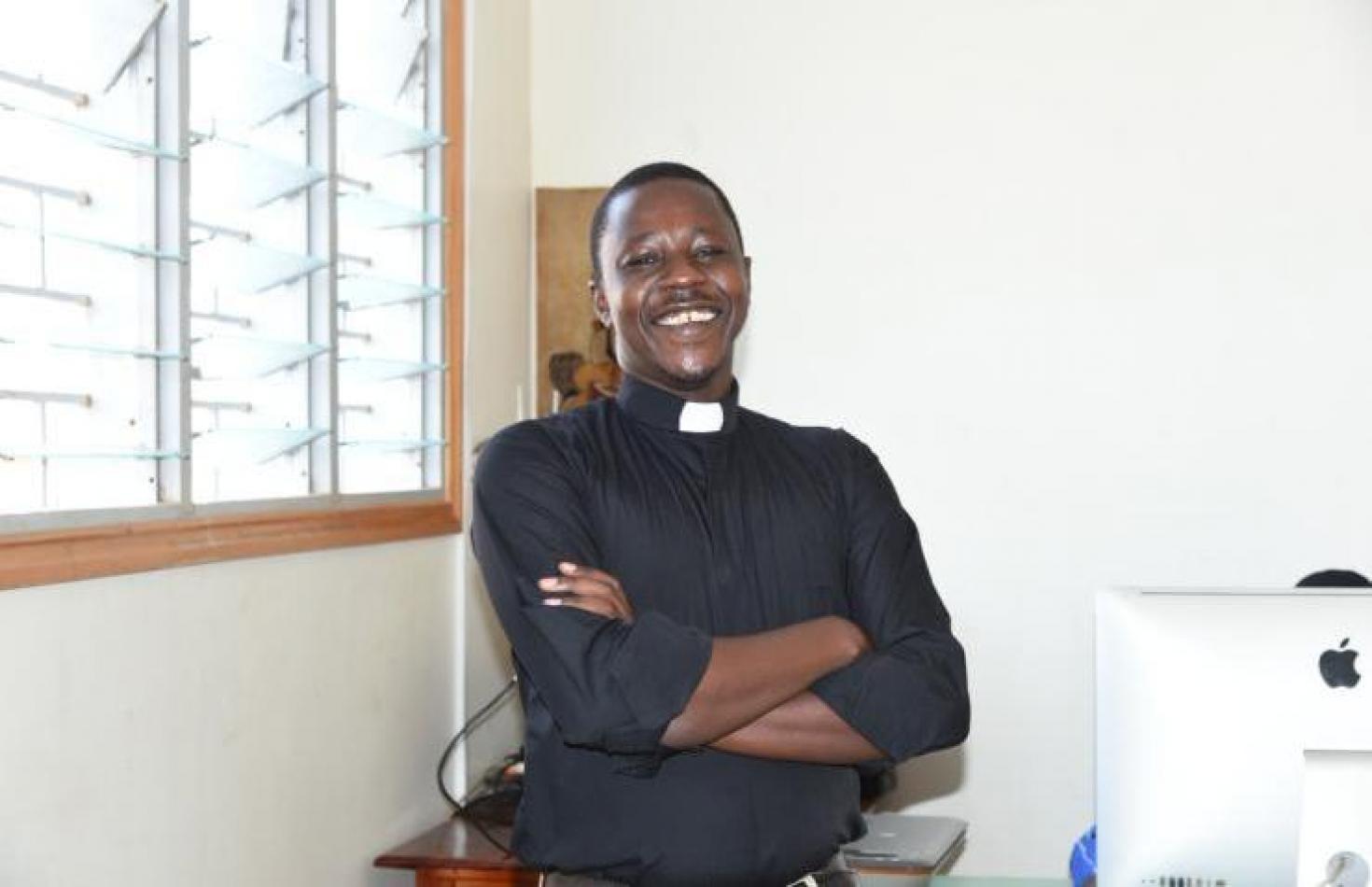 Monday, August 16, 2020
Fr. Nicholas Onyait, a Ugandan Comboni missionary believes that the greatest strength in life is prayer. As a missionary, he has been able to connect to God to reach various people. “What touched me most was a phrase in the writings of St Daniel Comboni that if I had a thousand lives, I would give them all for the mission. I wanted to be part of those 1000 lives given for the mission”, says Fr. Nicholas. He shared his vocation journey with us.
[Comboni Missionaries]

I am 33 years old. I was born in Kokorio village, Kapujan sub-county in Katakwi district in the Eastern Region of Uganda. I attribute my vocation to my early childhood years. My family was so close to the Church. We used to go to mass every Sunday and we also had daily prayers at home. This ignited the desire in me to become a priest someday because I had much contact with priests.

However, the reality of being a missionary was something that I had never known. This was because in my home parish, there were only diocesan priests and so I thought that all priests were diocesan. One Sunday, a Comboni missionary visited our school, Teso College. He spoke to us about the missionary vocation and shared his mission experience of working in West Africa in Benin. This was stunning to me. It was not only something adventurous but it demanded courage. In a way, this exposed me to desires and needs there are in the different parts of the world, in the context of the Church.

When I joined St. Peter’s College for ‘A’ level in 2002 this experience kept nourishing me. In fact, the Comboni missionary kept on updating me with the newsletter of the aspirants, called The Flame in which I was reading about the experiences of other young people who wanted to be missionaries.

Eventually, in Dec 2007, after I had completed my senior six, I was invited to the first “Come and See” experience in Mbuya where I met many other aspirants. After this, I joined the Comboni Missionaries and I was sent to Alenga parish in Lira for my pre-postulancy which lasted three months. This was my very first experience as a missionary and it shaped my missionary attitude and motivation. I got a bit discouraged because the life was very tough; we had to cycle long distances for our apostolate. Therefore, when the senior six results were released, I requested to join the university and come back after my studies. But, of course, I was trying to run away. However, I kept thinking about my vocation and I reapplied after completing my course.

From August 2010 to May 2013, I was admitted for philosophical studies in Jinja. Then from 2013-2015, I did my novitiate in Lusaka, Zambia. I then made my first vows on the 1st of May 2015 in Lusaka. Later, I was assigned to the Scholasticate in Casavatore in Naples, Italy, for four years, 2015-2019. I then returned to Uganda and served in Our Lady of Annunciation Kasaala parish from 2019-2020 in Kasana in Luwero diocese. I concluded my missionary service with perpetual vows in Layibi, Gulu on 15th July 2020. I was ordained a deacon on July 18th, 2020 at the Nativity parish Matany by Bishop Damiano Guzzetti. I then served in Kasaala as a deacon and I was ordained a priest on January 9th, 2021 in my home Parish of St. Pancras Toroma in Soroti diocese.

My inspiration to religious life is mostly attributable to an encounter with a Comboni Missionary. This is what opened my mind to the reality of missionary life. However, specifically, reading about St. Daniel Comboni as an aspirant helped me develop the true spirit of being a missionary and religious. What touched me most was a phrase in the writings of St Daniel Comboni that if I had a thousand lives, I would give them all for the mission. I wanted to be part of those 1000 lives given for the mission.

My most touching experience occurred when I was a novice in the parish of Chama in North-Eastern Zambia. Living among the people taught me the real sense of being a missionary. Thus, it is about sharing with the life situation of the people, identifying with the people.

These people taught me the value of humility and motivated me to be able to offer myself in whatever way I could. For me, this was the greatest opportunity I had to witness to the gospel.

The very first hurdle I would say is the culture shock. When you encounter people whose culture and language you do not know, it is a big shock that is also humbling. But I learned to be strong and patient in such moments and also to be open to learning and embracing cultural differences. When one manages to overcome those barriers, the communities open up and it also helps you to open up to the ministry; your encounter with the people becomes something fulfilling. “The harvest is plentiful, but the workers are few.” What do you think is the greatest challenge? The challenge we have to face in the missionary life is that there is lack of awareness; people need to be guided and directed on what it takes to be a missionary.

There is also that obvious pain of separation from one’s original community and the young generations are often unprepared for it. To the young people of today I would say: “if you are convinced of the call to religious life, God gives you the graces you need for the journey. You should not therefore be afraid of today’s socio-cultural context that is changing rapidly, but be ready to stand out among the crowd.”