Vocation story of Fr. Donald Maripe Magoma: “Many setbacks and a big dream” 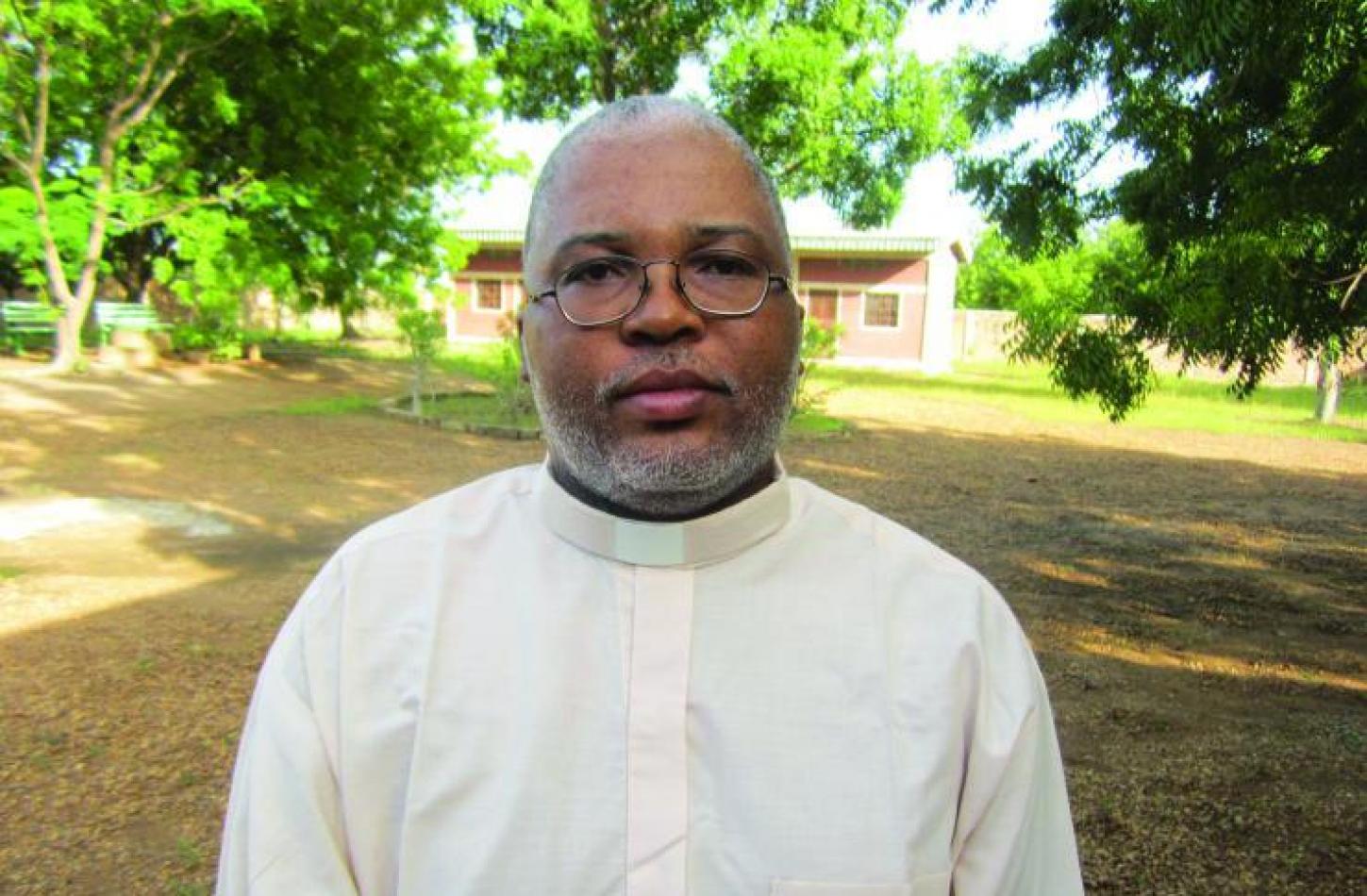 Thursday, August 26, 2021
Father Donald Maripe Magoma, a Comboni Missionary from South Africa talks about his vocation and his mission. He has encountered many obstacles, with no end in sight, but he has never given up. Today he flies on eagle wings. “One day, by pure chance, I came across a magazine published by the Comboni Missionaries in South Africa: Worldwide… I soon asked a sister who worked in the parish if she knew the address of the vocation promoter of this institute”, writes Fr. Donald.

I was born in 1979 in Masikwe, in the diocese of Witbank, South Africa. Going to church was my father’s exclusive business. Although he was a pastoral assistant in one of the thousands of ‘apostolic churches’ swarming South Africa, he never bothered to take his children with him on Sundays. Our mother, on the other hand, did not belong to any church, nor did she practice any religion.

The situation changed in 1990 when our parents left us in the care of our maternal aunt Jane, who was a staunch Catholic. For her, taking us to church was the most natural thing in the world. So, at the age of 13, I found myself enrolled in the catechumenate of the neighbouring parish. My first sister did not want to be outdone, and she joined as well. Two years later, we were baptised and confirmed. After us, the other brothers and sisters wanted to follow the same path. One fine day, much to our surprise, also mum decided to become Catholic, and dad did not take long to follow her.

Shortly before my baptism in 1994, the diocesan promoter of vocations came to our parish to talk about the various vocations in the Church. He insisted on the urgent need our diocese had for priests. He told us: “Our diocese covers an immense territory, inhabited by so many people, but it has only three local priests”. I swear that I did not fully grasp the importance of his speech, but I came away from that meeting with the idea that it was important that someone should become the fourth priest of the diocese of Witbank.

So, soon after baptism, I began to attend all the vocational workshops organised by the parish, always driven by a half-hearted desire to be the fourth priest of the diocese. As chance would have it, the diocesan promoter of vocations left South Africa soon afterward, recalled to his homeland by his superiors, and it took a long time for the bishop to find one priest to take his place.

One day, by pure chance, I came across a magazine published by the Comboni Missionaries in South Africa: Worldwide. The content of the articles and the perspective that I could grasp in the many testimonies reported in it, surprised me deeply: it was no longer a question of finding priests for a diocese, however vast and poor in personnel, but for the whole world, infinitely larger. It was immediately apparent to me that the world’s need for heralds of the gospel was far greater than that of the diocese.

I soon asked a sister who worked in the parish if she knew the address of the vocation promoter of this institute. She wrote it down on a piece of paper, but while handing it to me, she said: “Know that the missionary vocation is much more demanding and challenging than a call to the diocesan priesthood. You will have to leave your home, your country, your nation, and go where God sends you”. The challenge excited me: I would not be the fourth priest of my diocese, but one of those ‘crazy’ people who leave everything to go out into the world to announce Jesus and his message.

I wrote to the vocation director of the Comboni Missionaries. Within a few months, the decision was made. In 1997, I entered their postulancy, in Pretoria, as a pre-postulant. Two years later, I started the postulancy proper. In 2001, I entered the novitiate in Lusaka, Zambia. It was the first time I had been outside my home country and I was the only South African among the group of novices.

The two years of novitiate went by without a hitch. In April 2003, I made my first religious profession. Shortly afterward, I joined the Comboni scholasticate in Kinshasa, DR Congo. Here the difficulties were numerous and nerve-wracking. The language was French, the atmosphere was French, everything tasted and smelt of France and I could not adapt. I lasted only two years, and then I gave up and decided to return to South Africa, with the intention of abandoning the idea of becoming a missionary altogether.

The provincial superior of the Comboni Missionaries and my former formator during postulancy, however, did not intend to lose me: they encouraged me, told me to be patient, and not to rush any decision. They offered me to live in the Comboni community of St. Peter Claver Parish in Mamelodi, a township of Pretoria.

There, in a welcoming community and surrounded by my own people, I recovered and regained confidence. Two years later, I returned to Kinshasa with a renewed spirit. I resumed my theological studies, which I completed in 2010. On the 7th of August that year, I made my perpetual profession in Glen Cowie Parish, Limpopo Province, South Africa. On the 22nd of August, I was ordained a deacon, and on the 12th of February 2011, I was made a priest in my parish at Masikwe.

There are two main challenges: the climate (in Chad, when it is hot, it is really hot, and when it rains, it pours) and the language. In both Zambia and DR Congo, I had managed quite well, because the people spoke Bantu languages. But in Chad, apart from French, which has always given me severe headaches, people speak different languages, all belonging to a different language family. In the first parish I was assigned to, there were four local languages: Besmé, Marba, Khabalayé, and Ngambayé, all very difficult and different from each other. As you might have already guessed, I am neither a linguist nor a polyglot.

Never being able to speak a local language like a native is still my biggest handicap. But I have learned to live with it. I can make myself understood and I understand people, partly because I also ‘listen’ to them with my eyes and heart. I love being with people. It seems to me that they, too, enjoy being with me.

And so, here I am engaged in the fields of first evangelisation, human promotion, training of local leaders, and the common effort towards self-support of the local Church. I like being here. I feel that I am where God wants me. There is no greater joy. The difficulties of the past – and they have been many – appear to me today as small pearls set in the crown of the Church of Africa, of which I feel a humble servant.
[Comboni Missionaries]