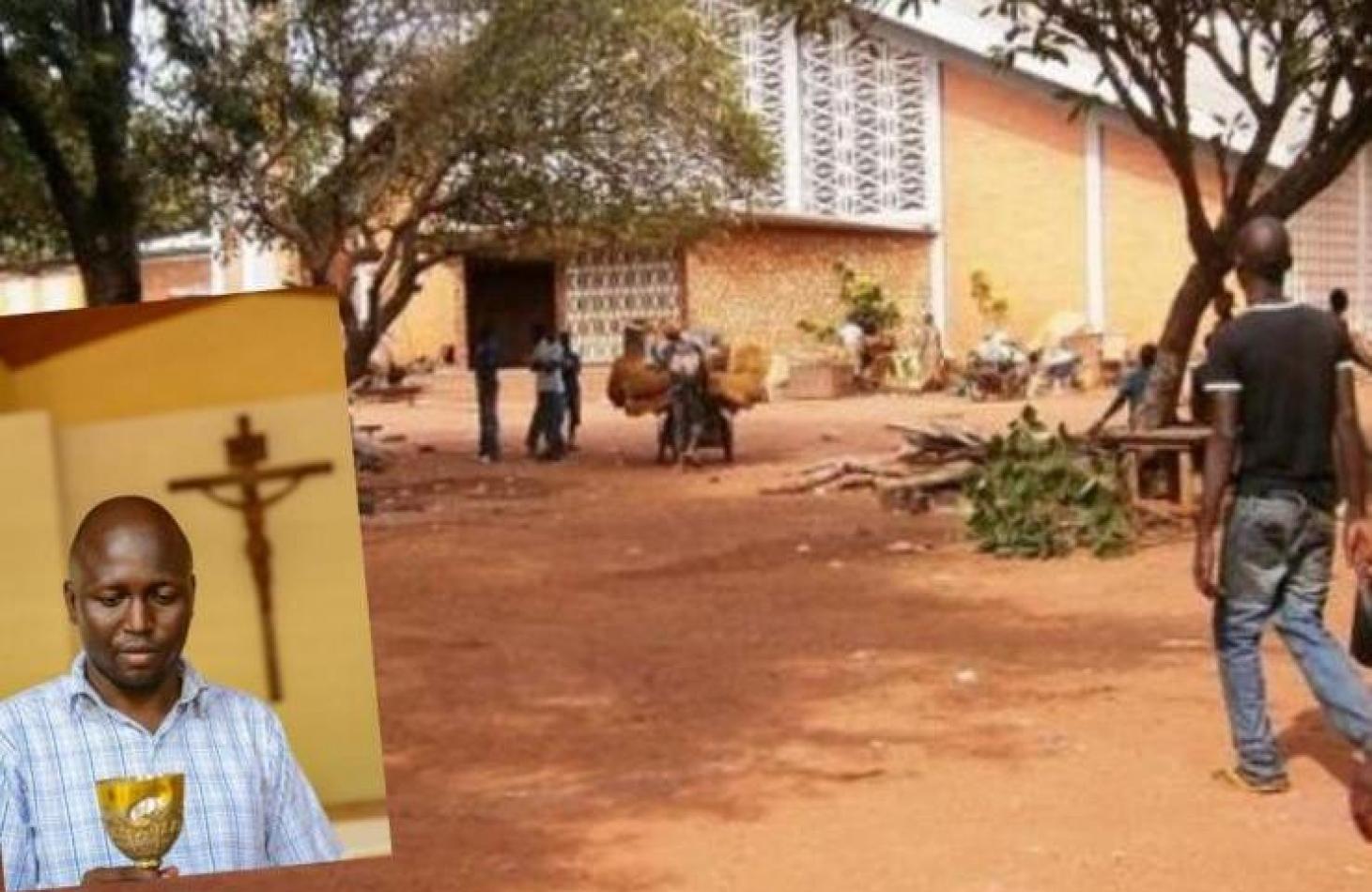 Thursday, August 26, 2021
Father Otii Alir Moses is a Ugandan Comboni missionary priest working in the Central African Republic. “At a certain point I was not scared anymore, and the people became a part of me and I became part of them”.  Fr. Moses shares his missionary experience. [
Comboni Missionaries]

Father Otii Alir Moses was born at Morulem Health Centre on May 1st, 1979 and grew up in Arerek village, both places in the Abim district in Northern Uganda. His educational journey started at Arerek Primary school, from primary one to Primary seven, from where he went to Nadiket Minor seminary for his secondary from senior one to senior six. Later, he joined the Comboni Missionaries at the Philosophy Centre in Jinja where he studied Philosophy. He then went to Namugongo for his novitiate. After his novitiate, Moses was admitted to Innsbruck University in Austria to study theology from 2006 to 2011.

In 2012, Moses went to the Central African Republic (CAR) for missionary experience before his ordination. On November 11th 2012, he was ordained deacon. He returned to Uganda and was ordained priest in May 2013. A few months later, Fr. Moses went back to Central Africa. Meanwhile, civil war broke out involving the government, rebels from the Séléka coalition, and Anti-Balaka militias.

Fr. Moses was posted to Our Lady of Fatima Parish in Bangui. On December 5th 2013, the parish received a big number of displaced people seeking safety at the Church premises. Since the people fled to the Church for protection, Fr. Moses commented: “These people feel safer at the Church.” Being a newly ordained priest and facing all these challenges, he was not sure what would happen or how it was going to end. However, he hoped the war would not last long knowing that the government and the foreign community would join in and solve the problem.

Unfortunately, the war did not stop, instead, a dire situation was developing; the parish opened its doors to people seeking refuge. Fr. Moses revealed that he was afraid in the beginning, seeing dead bodies daily got him thinking that he could die at any time. He thought, “I have just been ordained and I could die at any time, before exercising my priestly ministry.” Thank God the thought did not last long because his great responsibilities now occupied his mind. The parish community had to take care of the people living at the Parish compound.

“As time went on, with the displaced people, we were kept busy and I forgot about the idea of dying,” said Fr. Moses. The parish compound had accommodated 6,000 people and the parish had to find ways of feeding them and providing them with water. Unfortunately, they could not feed all the people so they decided to select the vulnerable children for whom they would cook food once a day. He explained that they did that until charity organizations like WFP, Caritas and UNICEF came to their rescue.

Although there were many attacks by the rebels, Fr. Moses saw that the people lived with them at the parish compound for months and years. The young missionary cannot forget the worst episode. On May 30th 2014, a rebel group attacked the church of Our Lady of Fatima causing the deaths of at least 17 people and reportedly abducting 27 civilians who were taken to an unknown location. Fr. Moses recalled: “The attackers arrived in pick-up trucks in the early afternoon and threw grenades into the church grounds before opening fire on people, using small arms. Those killed during the attack included a priest.”

At the time of the attack, Our Lady of Fatima was hosting 9,000 internally displaced people (IDP), including 2,050 who had moved there only a week earlier to escape from a recent worsening of security in nearby neighbourhoods. Others had been staying there since December 2013.

The episode did not discourage Fr. Moses. On the contrary, he even gained courage. He said: “At a certain point I was not scared anymore and the people became part of me and I became a part of them too, they were my family and I could not see myself walking away from my family during the war and during their hard times.”

He also added that the people in the Central African Republic have helped him grow in faith. “My faith doesn’t come from me; Christians have helped me to grow my faith. They say, father, we are praying for you, they risk their lives to bring us food, our workers refused to go home in the time of war because they were worried about who would cook for us; these things make me reflect and it is these things that encourage me,” explained Fr. Moses.

In 2018, little by little the displaced people left the parish compound, and the work of reconstruction began. One of the biggest challenges Fr. Moses is facing in his ministry, is the large number of young people with nowhere to go. He revealed that his parish has over 5,000 youth who have not gone to school because of the war. Aware that they are a time bomb in society, the parish is trying to find ways of providing life skills for the youth so that they can find their footing.

Another challenge, he indicated is that of finding solutions for the children, many of whom don’t go to school because they were born during the war.

Father Moses understood it was necessary to do something concrete. He prayed, reflected, questioned himself and then asked for collaboration to set up a working team. Together, they began to dream and think up initiatives. “With all the atrocities of recent years, we began to consider what we should do and start some activities, with just one thing in mind: to create the right conditions where Christians and Muslims could meet together”.

At the end of 2019, a cultural centre for young people was opened with the title of The Martyrs of Fatima featuring a library, a conference hall, literacy courses, informatics, robotics, psychological counselling, a film workshop and a music studio. Many Muslims attend the numerous training courses on peace and conflict management and resolution.

“We are preparing the ground for forgiveness and reconciliation”, Fr. Moses explains, “many people tell me how they have lost everything, their families and homes and ask how they can forgive, how they can be reconciled with the people who cut down their nearest and dearest. It is necessary to prepare the ground because forgiveness is a gift of God”.

The Central African Republic has become home to Fr. Moses; a place he would choose to be in over and over again. He tells us he is happy working and living in Bangui.
[Comboni Missionaries]