Vocation Story of the Bro. David Enríquez Sánchez: “I tried to make people taste the love of God” 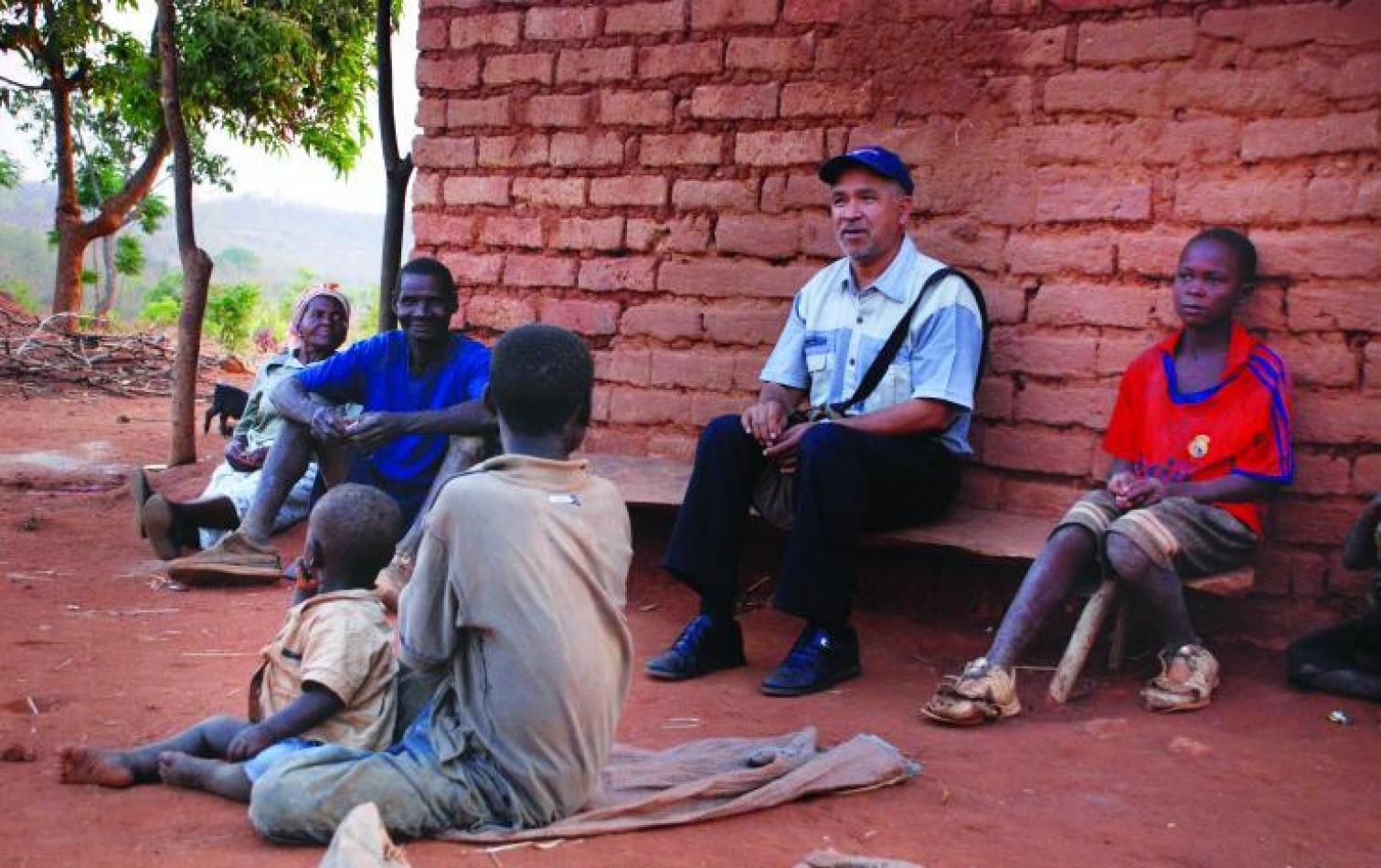 Monday, November 8, 2021
Following his father’s work, he becomes a skilled carpenter. But he feels that this is not enough and wants to do much more. At the age of 30, he becomes a Comboni Brother. He works in South Sudan, in the Philippines, and then among the indigenous peoples of Mexico. After a brief stint in Malawi, he is now in Zambia. Bro. David Enríquez Sánchez tell his story.

I was born in 1958 in San Miguel de Allende, a city of Guanajuato State, Mexico. My father ran a carpentry workshop. He was a true artist in working with wood. I was fascinated by the way he worked. It was spontaneous for me to decide to become a professional carpenter myself. Although happy with my work, I felt inside that it was not enough for me. The faith I had received as a gift from my parents was like a constant inner voice screaming at me: “You can do more. You can do something bigger”.

After a period of prayer, reflection, and discernment, I made the decision to become a Comboni Brother. Since then, I have never had the slightest doubt that I made the right choice. In 1985, I entered the Postulancy of the Comboni Missionaries. After little more than a year, the formators recommended that I enter the Novitiate, in Sahuayo City, in west-central Mexico.

The two years of novitiate flew by like the wind. Eventually, I submitted my request to make my first religious profession. On 7th May 1988, I took my first vows, through which I entered officially in the Comboni Institute. I spent three wonderful years there, attending courses, participating in workshops and seminars that allowed me to learn more about my future life as a missionary brother, and perfecting my carpentry skills. I was now ready for the big leap.

In 1991, I was sent to work in South Sudan, in the diocese of Torit. At that time, the situation in the country was very tense. There were violent ethnic conflicts and bloody fighting between the government of Khartoum and the South Sudan People’s Defence Forces (SPLA). Due to increased insecurity in the area, the major superiors of the Institute decided to close the mission.

In 1994, I found myself assigned to the Comboni Delegation in Asia, more precisely to the novitiate the Institute had recently opened in the Philippines, in Calamba, Laguna, about 50 km south of Manila. I stayed there for nine years, engaged in a multitude of services, one more interesting and challenging than the other. I have enjoyed immensely sharing my life with the Filipinos, challenging each other to witness to the Gospel.

Filipinos are fantastic people: they are generous, loving and caring. I sincerely think I loved them and managed to make them love me. Surrounded by many friends, on 18th May 1997, I had the indescribable joy of professing my perpetual vows. My wanderings in the world had not yet come to an end. In 2004, the superiors invited me to return to Mexico, assigned to the mission of Metlatonoc, among the Mixtecs, indigenous peoples of Mexico, inhabiting the region known as La Mixteca of Oaxaca and Puebla. The area is very distant and isolated, at times inaccessible.

The United Nations had just classified that region as “the most abandoned and poorest place in Mexico”, but also one of the most violent in the world, with a rising number of extortions, kidnappings, and murders. Could I have asked for a better place to bear witness to the charism of the founder of my institute, who had wanted his missionaries to be devoted “to the poorest and most abandoned”? Certainly not! Convinced that the Lord had called me there, I sweated it out for nine years. I have no hesitation in describing this period as the truest and most authentic of my life. More with actions than with words, I tried to make people taste the love God had for them. I lived among them, working with them, announcing the Gospel message to them, but, above all, trying to bear witness to that message with my life.

But another adventure was just around the corner. In 2013, I was sent to Malawi-Zambia Comboni province. I spent four years in our Postulancy in Balaka, Malawi in charge of shopping and maintenance. The services I was asked to perform were humble, but the experience I had was exciting. In 2017, I was transferred to Zambia, assigned to the Comboni Novitiate in Bauleni, where I still am today. This is the second time I have been assigned to a novitiate in my institute.

I spend a good amount of time in prayer and contemplation. I have also more opportunities to pray for humanity. On Sundays, I go to nearby parishes, where I spend time with different people and bring to them the smile of God. The Covid-19 pandemic has created untold suffering and disrupted everyone’s lives. In the evening, when I return home, I go to the chapel and present to God all the people and things I have seen. I entrust to him my community, the people of neighbouring parishes, and the whole world.

I also tell God about the great sorrow I have in my heart, which seems to grow from day to day, caused by the fact that I see that too many people no longer love Jesus, too many have given in to evil and surrendered to the spirit of the world. In the end, I conclude by reminding him that he has written the name of each person on the palm of his hand… And, promptly, I regain serenity and peace.
[Comboni Missionaries]