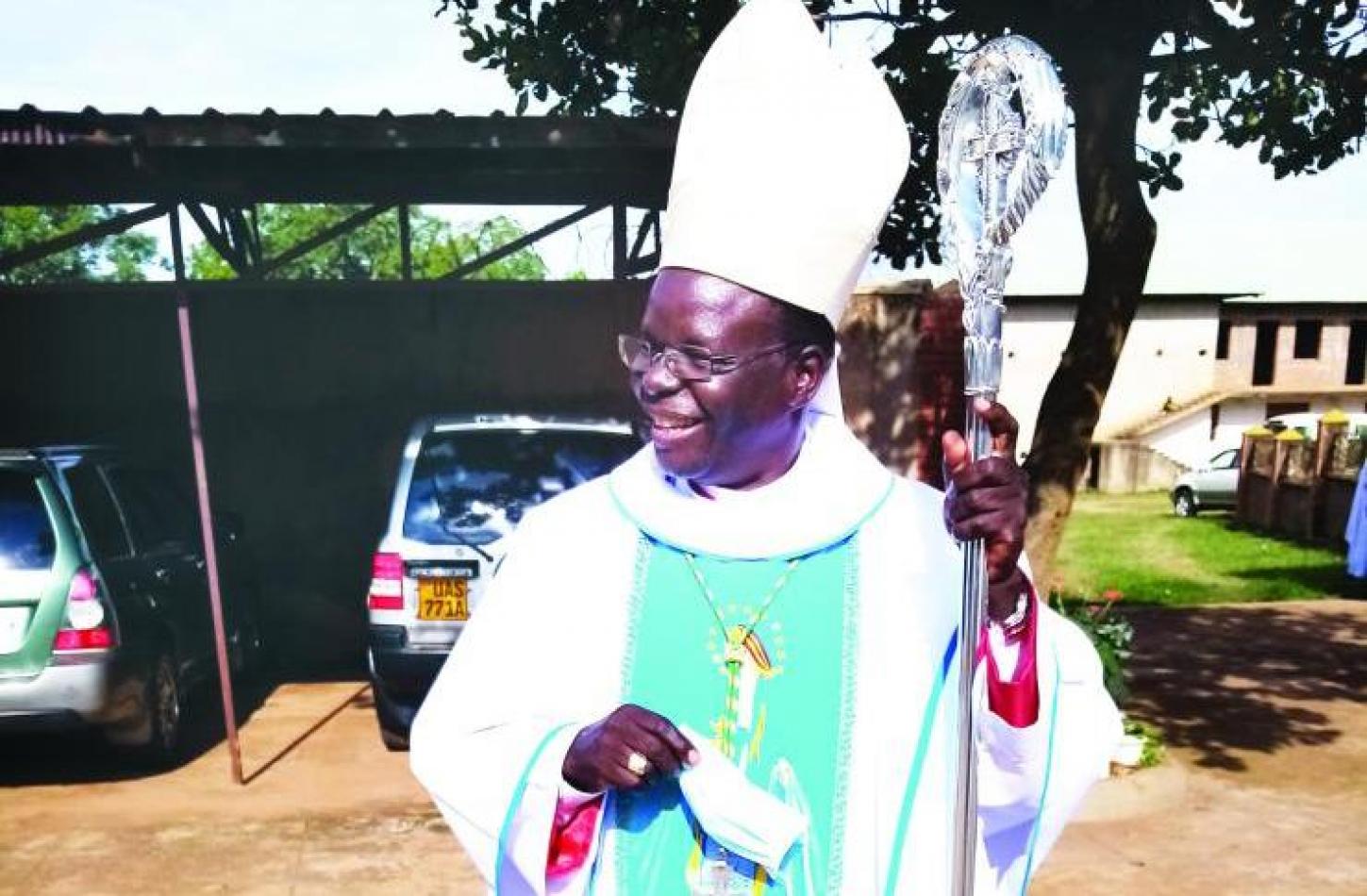 Monday, November 8, 2021
On 14th August, due to Covid-19 restrictions, only a few invited guests were present in Nebbi Cathedral (North West Uganda) for the long-awaited episcopal ordination of Fr. Raphael p’Mony Wokorach, and his instalment as bishop of Nebbi Diocese, which had become vacant after the transferral of Bishop Sanctus Lino Wanok to Lira diocese.

Pope Francis had appointed Fr. Wokorach bishop of Nebbi on 31st March this year. The ordination was first scheduled for 26th June, but had to be postponed, because of a spike in reported cases of Covid-19 in the country. Gulu Archbishop John Baptist Odama, who presided over the ceremony, acknowledged the low mood of the high-profile function: “People would be dancing agwara (traditional West Nile dance) here, but today we are forced to celebrate inside the cathedral. We should continue praying, so that the people of God may be free and saved from every evil”.

Turning to the bishop, he addressed him with very demanding words: “Be a faithful steward and always be mindful of Jesus Christ, the Good Shepherd. Do not hesitate to lay down your life for the flock, the poor, the weak, immigrants, and strangers”.

Father Wokorach, however, did not hesitate in the least to take on this difficult task. In his speech, he left no doubt: “I pledge to remain committed to this new service that the Church is asking of me through the Pope. I promise that I will do my utmost to ensure that peace, love and unity reign in the diocese”. As a Comboni missionary, he wanted to add another promise: “We will develop this land, where the first Comboni Missionaries settled at Omach, in Pakwach Town”.

Father Raphael had all the credentials to be what he has become. Born on 21st January 1961, at Ojigo Village in Wadelai, in the then Diocese of Arua, he attended Ragem Primary School, before entering Saints Peter and Paul Minor Seminary at Pokea, in Arua, studying Sciences, Mathematics, Social Studies and Latin (1975-1979).

He then moved to St. Joseph’s College Ombaci, in Arua, where he completed his A-Level Education, graduating in 1982. Soon after, he joined the Comboni Missionaries Institute. As a ‘postulant’, he studied philosophy at Uganda Martyrs’ National Major Seminary, Alokolum, in Gulu Diocese (Uganda), and was awarded a Bachelor of Arts degree in Philosophy by the Pontifical Urbanian University of Rome. Two years later, he entered the Comboni Novitiate, in Tartar (Kenya) and Kampala (Uganda), where, at the end of two years, he took his first religious vows in April 1989.

After taking his perpetual vows in December 1992, he was ordained a priest on 25th September 1993, in his Parish, by the then Bishop of Nebbi Diocese, Mgr. Martin Luluga. He continued his studies in Kenya, graduating with a Master of Arts degree in Philosophy at the Catholic University of Eastern Africa. In 1993, he was sent to DR Congo, where he worked for two years as a curate in a parish in Kisangani, before being posted as a formator to the Comboni Postulancy for candidates to the priesthood.

His qualities as a teacher and educator immediately attracted the superiors of the Institute, who placed him in various Comboni formation houses around the world. From 2001 to 2003, he was in Lomé, Togo, as a formator at the Postulancy for candidates for the brotherhood. Then, he was sent to Chicago (USA), as a formator and professor in the Comboni Scholasticate. In 2007, he was called to the Scholasticate for candidates to the priesthood in Nairobi.

Besides taking care of the scholastics’ formation, he taught as a lecturer at Tangaza University College, where he served for several years as Chair of the Governing Council of the College. Appreciated by his confreres, he was elected vice-provincial of the Kenyan Province of the Comboni Missionaries, from 2011-2013.

In June 2018, the Vatican ordered the suspension of activities of the Kenya-based Congregation of Apostles of Jesus (AJ), the first religious missionary congregation to be founded in Africa, placing it under a Pontifical Commission of inquiry. The drastic action was ordered by Card. João Braz de Aviz, the Prefect in charge of the Congregation for Institutes of Consecrated Life and Societies of Apostolic Life, who also appointed Fr. Wokrach to head the Commission, taking over all the duties of the leadership of the society and conducting a further investigation into priests’ misbehaviour.

Fr. Wokrach headed the initial investigation as Pontifical Commissary, mandated by the Holy See to oversee the process of internal reforms and re-organisation of the life of the members and of 53-year-old Institute, founded by two Comboni Missionaries, Bishop Sixtus Mazzoldi and Fr. John Marengoni, in Moroto, Uganda, for the purpose of evangelising Africa and the world. A glimmer of hope for the AJ society came in August 2019, when the Apostolic Nuncio in Kenya, Archbishop Bert van Megen, presided over the ordination of 14 AJ deacons as priests. On 19th March 2020, other 16 deacons and 5 priests were ordained.
[Comboni Missionaries]