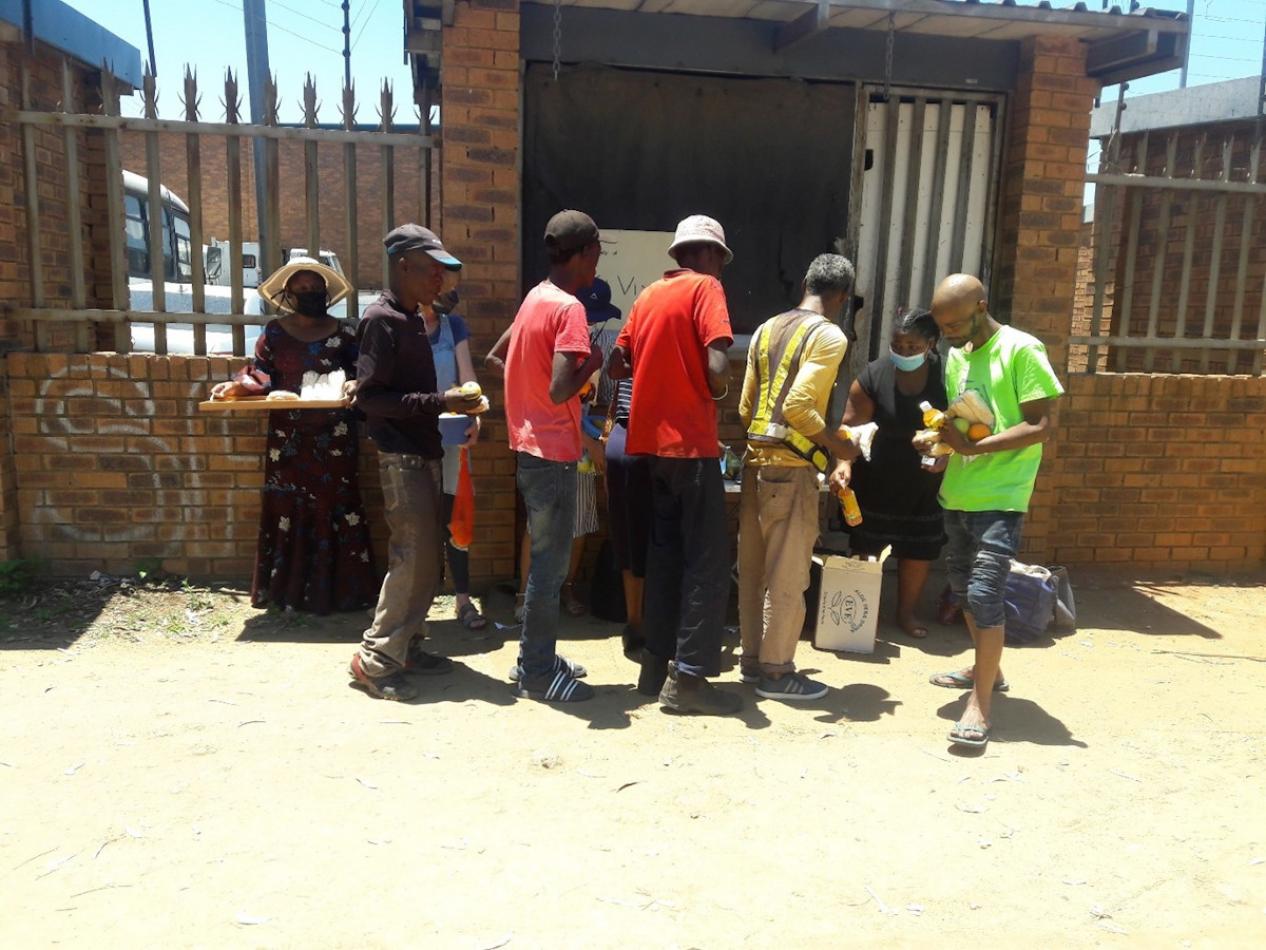 Monday, November 22, 2021
It is a Sunday afternoon and most businesses along the busy Moreleta Street in Pretoria are closed. There is a scary silence especially to people who are accustomed to noise associated with the hustle and bustle of city life. It takes courage to walk along this street since the only people around are the homeless, some huddled behind rubbish bins having a smoke, looking curiously at passersby, while others are deep in sleep next to the only safe place they know, the rubbish and clutter thrown next to the bridge and the train station.

On the other side of the street, there is one pub that is open and playing loud music. A group of young men in their early twenties are sitting outside having drinks while others are smoking. They look at us suspiciously and easily surmise that we are from the Church. It takes courage to approach one of them and engage in a chat concerning our intention to provide them a light meal to mark the World Day of the Poor on November 14, 2021. These revelers prefer to continue drinking and dancing rather than present themselves for food parcels. 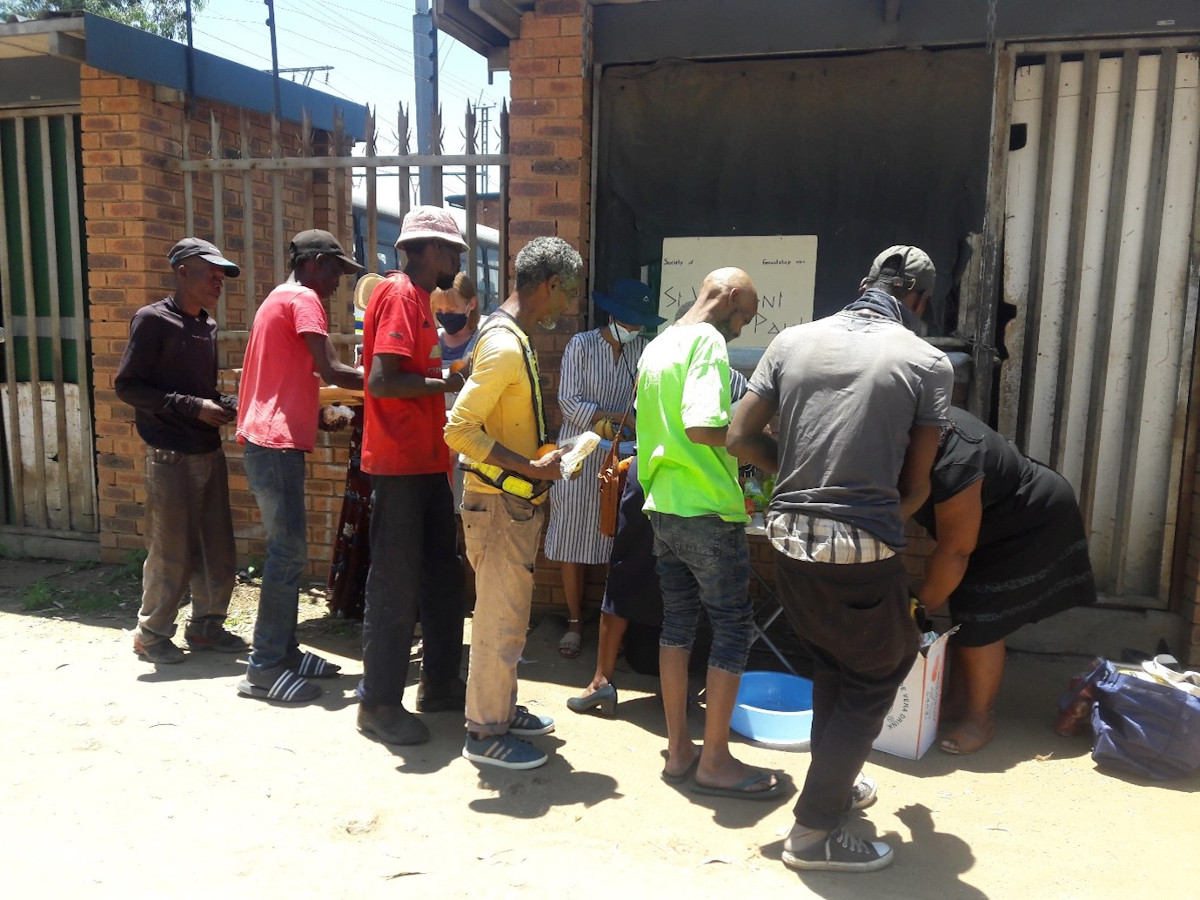 We are blessed to identify one of the men, Mr Clive Haynes, who celebrated his fiftieth birthday early this year. Mr Clive is one of the beneficiaries of our Friday’s Food Parcel initiative. I speak to him and he gladly accepts to mobilize other homeless colleagues in preparation for the food parcels. He walks me to the place where he sleeps, some hidden abandoned structures opposite the railway line and a few metres from the Dykor Street bridge. He assures me, “Father Robert, thank you for coming to us. I will clean and prepare this place for distribution of the food parcels.” Then he identifies a parking area under a shade next to train station and says, “your cars will be safe, no one will touch them, park them here in the shade.” I have interacted with him on a number of occasions when he comes for food parcels in the parish and I have no doubt that he means what he says. So, we park our cars, unload the food, set a table and arrange ourselves for the task. The group here is completely different from the previous one. Most of them look weak, sickly, unkempt, elderly, and not boisterous. They are extremely excited to hear that we have come to share what we have with them.  We first introduce our parish and the Society of St Vincent de Paul. I share with them a word of encouragement, our intention, and then a short prayer. I am impressed by the way they are orderly and disciplined as they receive the food. Each one of them says, “thank you very much”, gladly receive the food parcel and go back to their shelters.

It is interesting to note that Mr Clive and a good number of his colleagues occupy some abandoned structures behind the Moreleta train station. I do not see any sign of a toilet or bathroom around and I wonder how they manage to respond to the call of nature or take a bath.

Since we still have some more food, we move to the park opposite Superstar. About four ‘families’ occupy the abandoned buildings in the park. Though there is no roof, they occupy the different rooms that supposedly were changing rooms and stores for the defunct Tennis Club. A woman, in her twenties sheds tears uncontrollably narrating how her child was taken away from her by social workers. Indeed, inasmuch as she loves her child and wants her back, we empathize with her but maintain that the environment is not conducive for the upbringing of a child. I hope she will understand this one day. We distribute the food to the four families, and notice that we still have some more food.

We decide to complete our ministry at Meyerspark. On arrival we find the people who usually hang around the park sitting under the shade of a tree, and a gentlemen dressed in a white shirt and denim pants seem to be speaking to them at low tones. On inquiry, we are informed that the man we see addressing the group is a pastor. He comes to the park every Sunday to share the word of God and then distributes some food. To avoid a conflict, we agree to go back to Moreleta station and give out what was remaining, hoping to find more homeless people in need of food. A young man, shabbily dressed, and pushing a black bin, spots us from a distance and announces, “the Church people are here with food…we are hungry…” Immediately, a number of the homeless, including some who were drinking, stagger to receive from what was remaining.

The Poor you will always have with you

This is the way that the parish of St Augustine Silverton in collaboration with some members of the Society of St Vincent de Paul, marked the World Day of the Poor. Whether it was the best way or not, that is the question. Nonetheless, this corporal work of mercy was immensely informed by the gospel of Mark 14:7 “The poor you will always have with you, and you can help them whenever you want”, and Deuteronomy 15:11 “For the poor shall never cease out of the land: therefore, I command thee, saying, thou shalt open thine hand wide unto thy brother, to thy poor, and to thy needy, in thy land.” 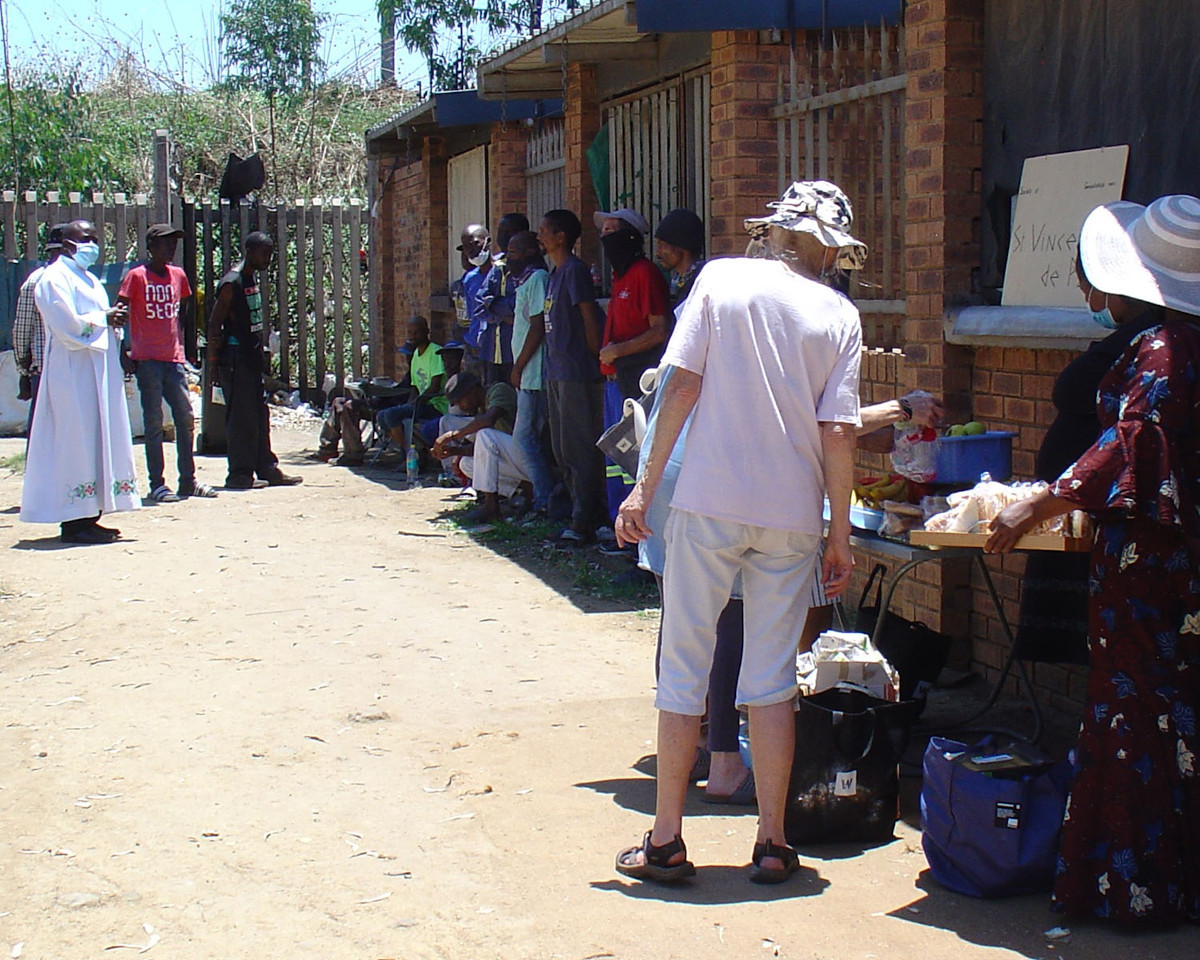 In his book God or Nothing, Cardinal Sarah (2015:78) argues that the nature of the church is in the love of God, and the charity of the church is in the first place the charity of God. True charity is neither almsgiving nor humanistic solidarity nor a form of philanthropy: charity is the expression of God and an extension of Christ’s presence in our world. Charity is not an ad hoc function but the inmost nature of the church, intima Ecclesiae natura. Consequently, a Christian cannot perform acts of charity only for his brethren in Christ, but must do so for all men without distinction.

The Cardinal goes ahead to caution, “We must reflect theologically on charity so as to prevent catholic charitable agencies from falling into secularism” (Sarah, 2015:78).

This encounter with the homeless at Moreleta helped us to appreciate what Cardinal Sarah (2015:81) teaches, “If we know how to practice charity, we will know how to revere God and we will be able to journey toward eternity. Through charity, we allow God to accomplish his work in us. Through charity, we abandon ourselves entirely to God. And he is the one who acts in us, and we act in him and through him and with him. There is never any more authentic relation with God than in an encounter with the poor. For this is the source of life in God: poverty. Our father is poor. This is perhaps an image of God that eludes us and repels us, because we have not really met “the son of man [who] has nowhere to lay his head (Mt 8:20).”

I believe that this exercise helped us in a very profound way to meet Christ who always awaits us in the poor and marginalised members of the society.  Indeed, Pope Francis reminds us in his Evangelii Gaudium paragraph 198, “Implicit in our Christian faith is a God who became poor for us, so as to enrich us with his poverty. This is why I want a Church which is poor and for the poor. They have much to teach us.”

I look forward for another opportunity to listen to the personal stories that are written on the walls of those abandoned structures and etched in the hearts of the homeless of Moreleta Station.