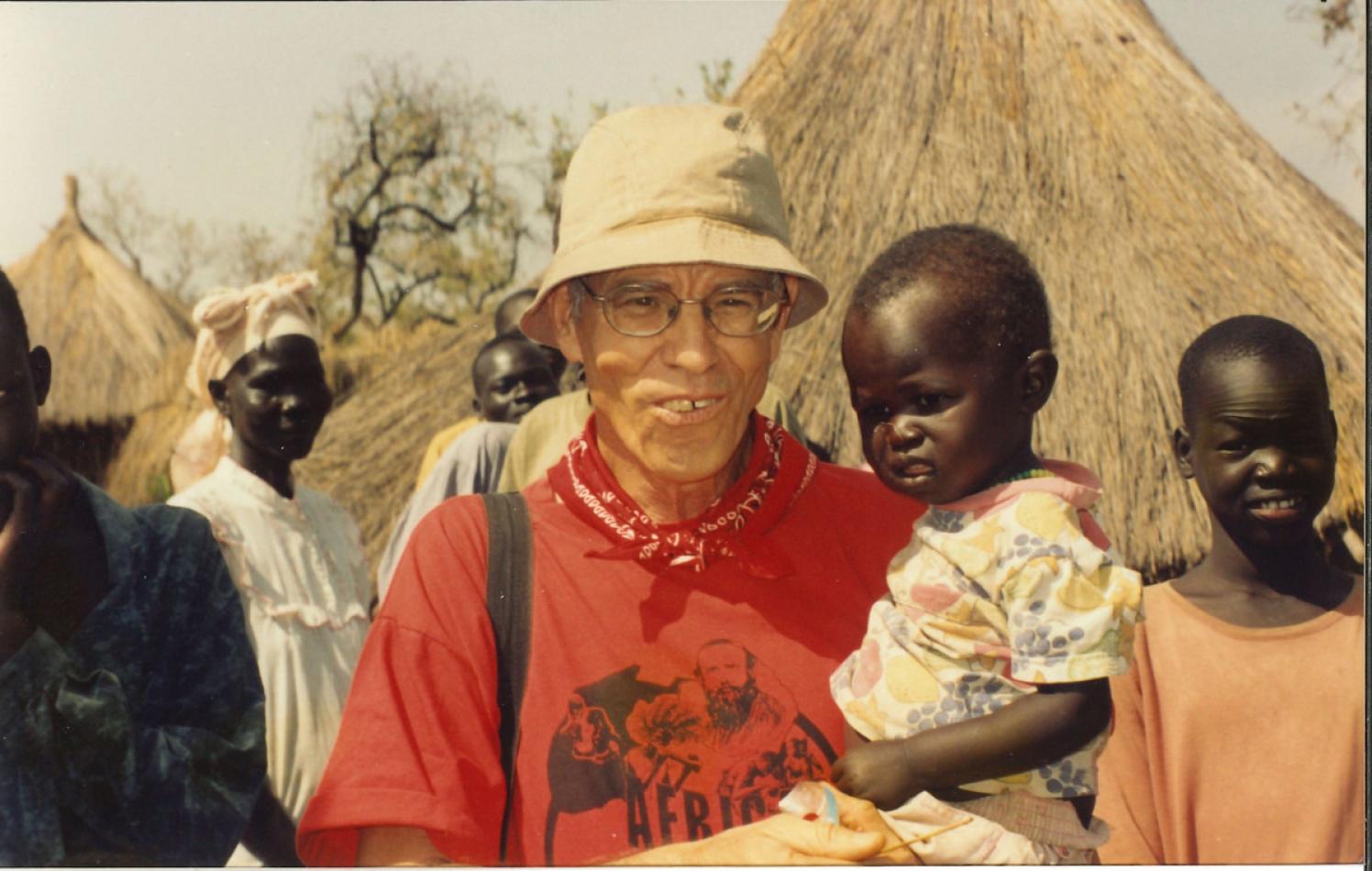 Thursday, February 10, 2022
“I thank God for the gifts of peace and joy which I have found in living my Comboni missionary and priestly vocation. Whatever the circumstances, the challenges, or the problems have been (and continue to be!), the sense of direction has always been there”, says Father Baltz David Paul, a Comboni Missionary from the North American Province. Father Baltz, 81 years old, was born in Jennings (USA), and worked as a missionary for more than 30 years in the Ugandan missions.

In those high school years of long ago, autumn days for me were colorful, not so much because nature dressed its trees with such exquisite variety, but because wearing the blue and gold football jersey of St. Louis University High School made that the best of all colors I saw! In this very ordinary setting, a Gospel story was reenacted. On the Galilee lakeshore, it was Andrew who told his brother Simon about the Jesus he had met. Simon listened and became Peter the Apostle. On our family farm in Florissant, Missouri, my brother Jerry told me about the Comboni seminary he had joined in Cincinnati, Ohio. This opened the door for me. He invited me to come and see. I did… and I liked what I saw. That was in 1956… some sixty-five years ago.

Here I am again, in the very same place, after my arrival in February. Beechmont Avenue has been gobbled up by an unbroken chain of fast food stops and other businesses, so that five lanes of cars now form the daily traffic jams. When I arrived here sixty-five years ago, Nagel Road was a narrow country lane at the edge of our sports fields and the farm of our Comboni Brothers. Now it identifies the street address for those entering the provincial headquarters of the Comboni Missionaries of the Heart of Jesus (MCCJ)… and my current home!

Starting in 1956 my first eleven years were filled with all the studies that helped prepare me to follow Jesus as a religious and missionary priest, in living a life of serving the Church and the People of God, in the spirit of St. Daniel Comboni. From Cincinnati, Ohio, I was transferred to Monroe, Michigan, for the special two years of novitiate training, culminating in my first profession as a Comboni Missionary, with all fifteen in my family present! Next came my philosophy studies at the University of San Diego in California, followed by my four years of theological studies in Venegono, Italy. After all that, I returned to this same house in Cincinnati where I was ordained a priest here in our seminary chapel in 1967, and began my first assignment in the ministry of seminary formation for seven years, with most of those years being in Monroe, Michigan, where our seminary was transferred in 1968.

At the beginning of 1975, after saying goodbye to my six brothers and six sisters, and to my mom and dad (not knowing that I would never see Dad alive again!), I finally got to leave for Africa. For thirteen years I lived with, and ministered to, the Logbara and Alur people living in the West Nile area of Uganda in east-central, Africa.

This was certainly a very enriching period of my life, with the missionary reality becoming even better than my dreams. This included fleeing with my people, during a time of great political turmoil, into neighboring Zaire (now Congo) as refugees, where for three years home for me became a simple mud-wall, grass-roof hut… the peak experience of my life. Those years shared with the refugees were a particularly graced time for me. I lived with a special sense of God’s presence with me (including Jesus’s Eucharistic presence in the Blessed Sacrament in his own little hut next to mine!), and through me in solidarity with 100,000 poor living in the surrounding refugee camps.

At the end of 1987, I was called back to the States to take charge of the postulancy program of the Comboni Missionaries near Chicago, after a very rewarding sabbatical year of studies in the Institute of Religious Formation at St. Louis University, in my home town. For seven years I lived with the young men who were doing their philosophy studies while they discerned their missionary priestly vocation. Being vice-provincial then I remained a further three years in the Mission Center of Montclair, New Jersey, for my ministry in vocation and mission promotion. Thus I could share some of the gifts which my missionary vocation had given me: a greater awareness of the global village, and a generous spirit to witness the Good News of God’s goodness — and invite others to come and see… as I did!

Inspired in Rome at the beatification of Daniel Comboni, I again returned to my beloved Africans in the northwest corner of Uganda in 1997, where I was privileged to minister for another twenty years of my life. Having once been a refugee myself, I was particularly sensitive to the tens of thousands of refugees from neighboring South Sudan, who fled into West Nile, Uganda, where I was carrying out my parish ministry. When my local bishop appointed me chaplain for them, the Holy Spirit enabled me to pray the Mass (and to baptize and bless marriages!) in the Dinka and the Nuer languages — which once challenged even St. Daniel Comboni!

During our annual spiritual retreats in Uganda, I was able to list “300 Reasons in My Life to Be Grateful to God.” It reads almost like a mini-autobiography! Having concluded my 82nd year, I now realize the list remains incomplete. My fading memory will allow many other incredible gifts and experiences to be forgotten in time but not in eternity. There gratitude will be the heart of my eternal praise to my loving and merciful God.

I thank God for the gifts of peace and joy which I have found in living my Comboni Missionary and priestly vocation. Whatever the circumstances, the challenges, or the problems have been (and continue to be!), the sense of direction has always been there — since my brother Jerry invited me to come and see. This kind of deep serenity has not been disturbed by the more superficial storms. Of the twenty-five martyrs in our Comboni family, thirteen were murdered in Uganda while I was there, and I was privileged to help bury some of them!

I am so grateful for my dozen sisters and brothers (who have made the sacrifice many times in life to let go of me, as I had to do in letting go of them!), and for Mom and Dad, who not only believed but really tried to live that faith, and wanted nothing as much as having all their children grow to live that same faith. I am grateful for the closeness to God’s creation and for a humble lifestyle in growing up on our Missouri farm. I am grateful for the sense of rootedness in my family history and ancestry, for the sense of duty and honest work, for the joy of sports and physical exercise. Since my ordination over fifty-four years ago, I have pedaled my bicycle 87,280 miles, including 51,026 miles on the paths of my parish missions in Africa.

God continues to call me in an ever-deepening commitment to the lifestyle of an elderly Comboni missionary — to a more profound love of my God and of God’s people, and simply dedicating more quality time for prayer. What an incredible blessing is my time spent now in Eucharistic adoration, both day and night, in preparation for eternal life and light! I am still busy as I await that final invitation to “Come and see.” My brothers, Jerry and Joe, will surely be there to open the door for me!
[Comboni Missionaries] 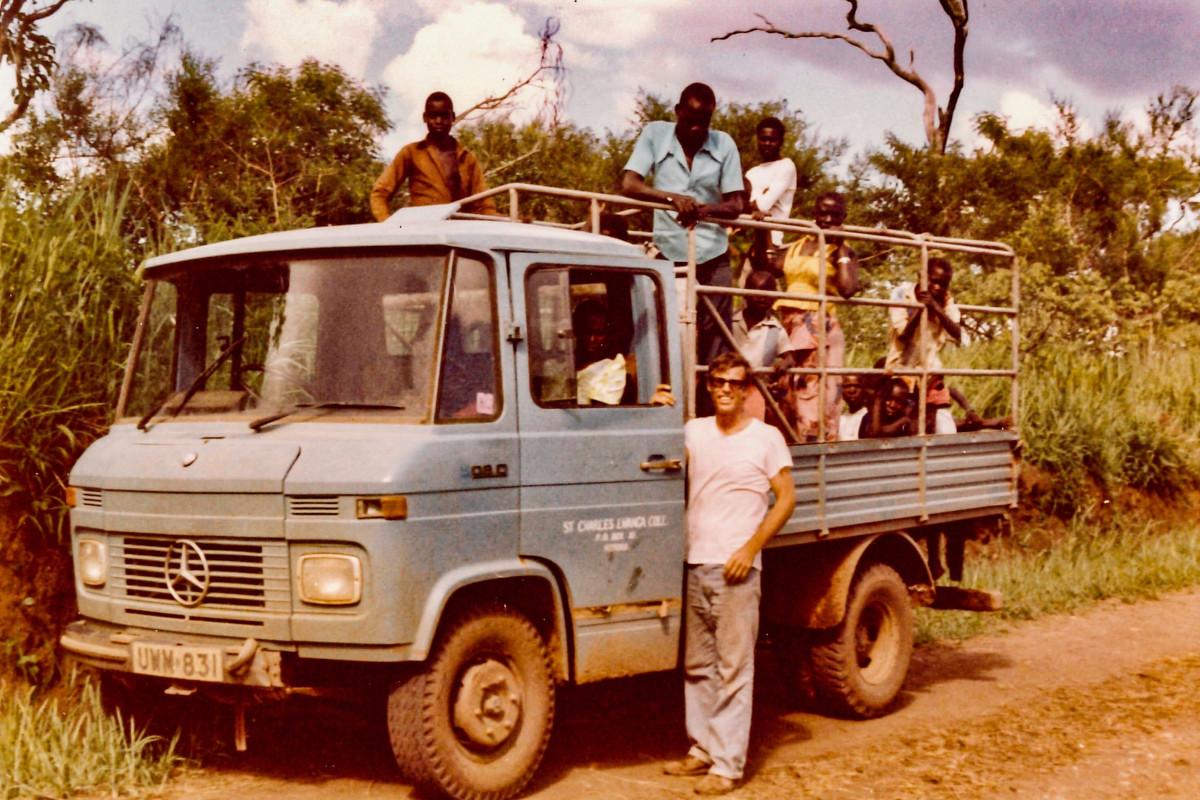 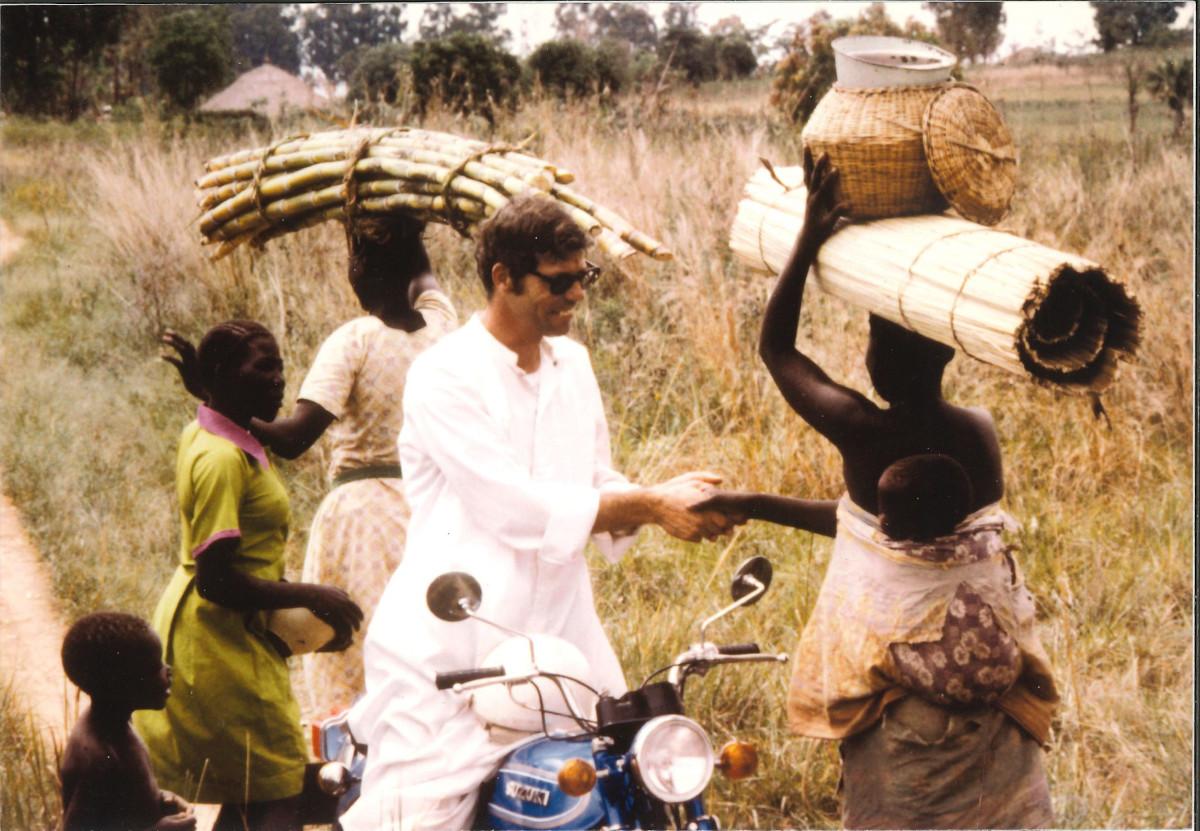 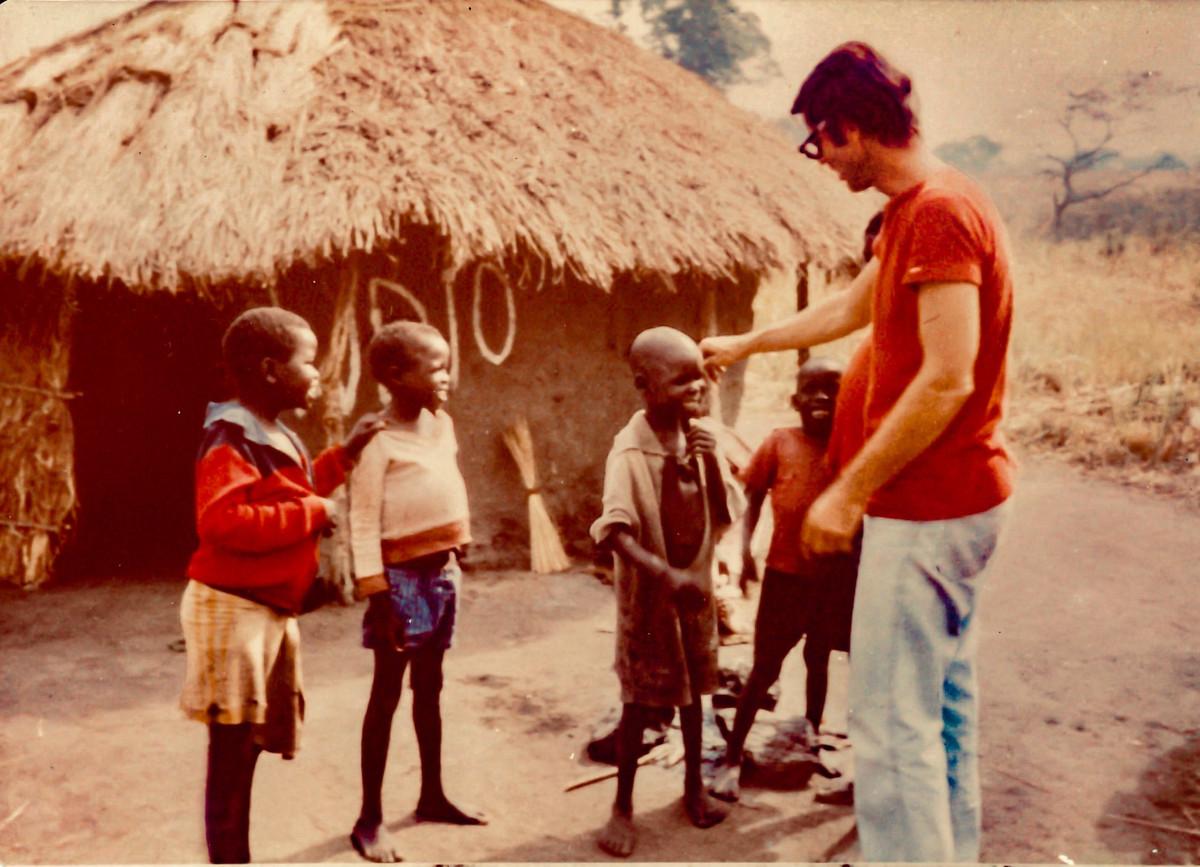