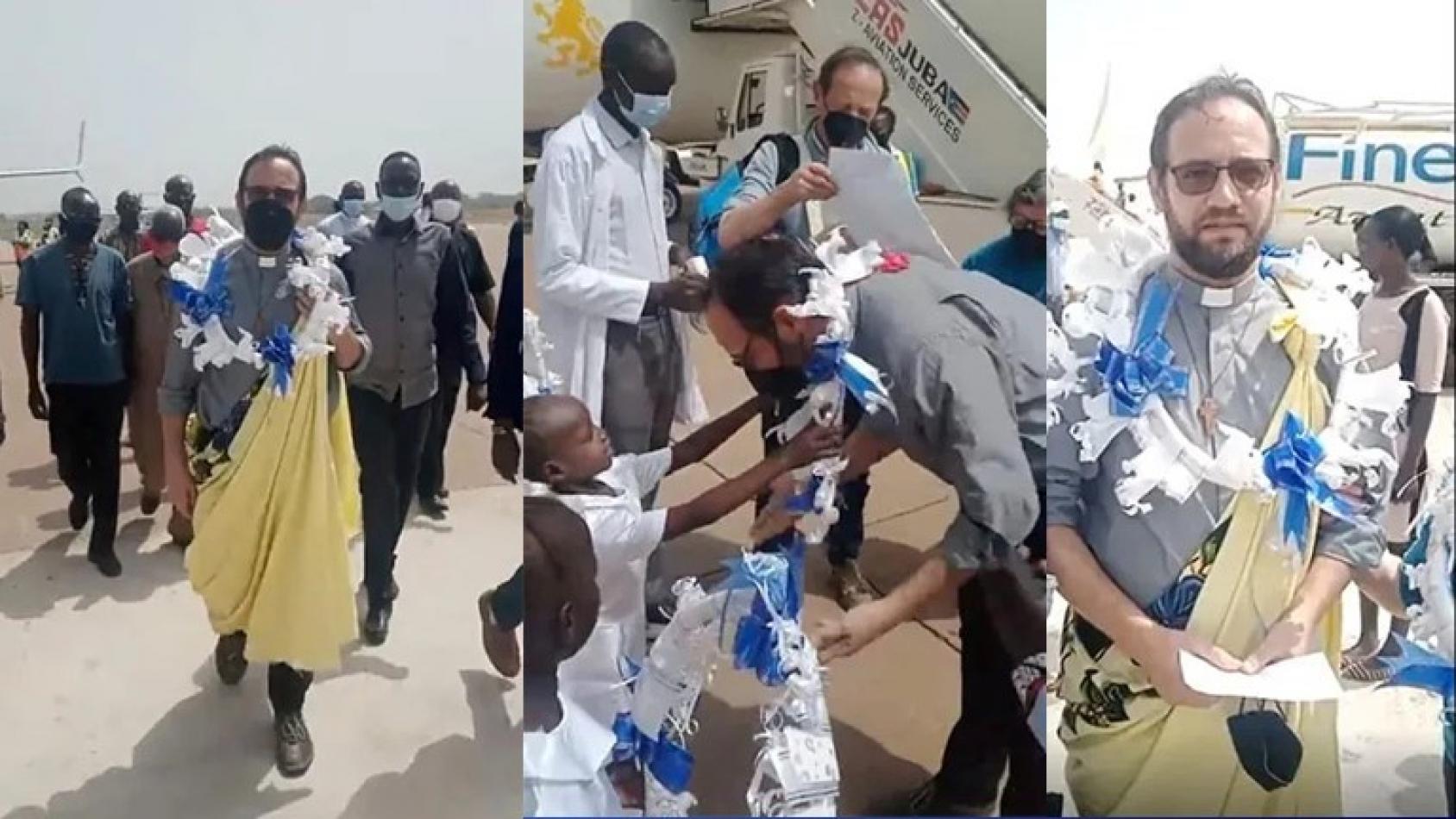 Monday, March 21, 2022
The Bishop-elect for the Catholic Diocese of Rumbek in South Sudan, Mons. Christian Carlassare, has said he is “grateful to be back” to the country days to his Episcopal Ordination scheduled to take place on the Solemnity of the Annunciation of the Lord, March 25 2022. [ACI Africa]

Addressing journalists Friday, March 18 at Juba International Airport, the Bishop-elect expressed gratitude to God, the government of South Sudan, the leadership of the Catholic Church, and the people of God in the East-Central African nation. “I am really grateful to be back today after almost one year that I was out,” Mons. Carlassare who was airlifted to Kenya on 26 April 2021 after he had been shot in both legs told journalists at the airport in South Sudan’s capital, Juba. He went on to express his “gratitude to God first of all, to this country, the universal Church in Rome, and also the local Church in South Sudan with all the Bishops of this country and all the people that are Christians and believe in the Church and wish for peace.”

The member of the Comboni Missionaries (MCCJ) was appointed Bishop for Rumbek Diocese on 8 March 2021. The Diocese has been vacant since July 2011 when Bishop Caesar Mazzolari died. Mons. Carlassare who has returned to South Sudan from his native country of Italy has acknowledged with appreciation the reception he received at Juba airport and pledged to “exclude no one” in his service to the people of God under his pastoral care in the country.

“Am really happy to be adopted by this country and the people and to be a brother to everyone, to exclude no one but to serve everyone in this community that has welcomed me and made me a brother,” the Bishop-elect told journalists at Juba airport March 18. “That you are welcoming me back today is a great joy,” Mons. Carlassare said, and added, “I am also grateful to the local government of the state, and the national government for the common effort with the Church to make this day possible.”

Asked about his plans for Rumbek Diocese after his Episcopal Ordination, Mons. Carlassare who had ministered in South Sudan’s Malakal Diocese since he arrived in the country in 2005 said, “I am here to celebrate this moment and the step ahead we will see together.”

Earlier in the week, the Bishop-elect said he is entrusting himself “to the Lord” and to the prayers of the people of God in Rumbek Diocese. “I entrust myself to the Lord and to your prayers,” Mons. Carlassare said in his March 14 Lenten Message shared with ACI Africa, the same day he met Pope Francis at the Vatican. In his Lenten Message, the Comboni Missionary reflected about his Episcopal Ordination saying, “On March 25, the feast of the Annunciation, I will be ordained Bishop of Rumbek. I did not choose this specific occasion, but it was given to me as a gift. 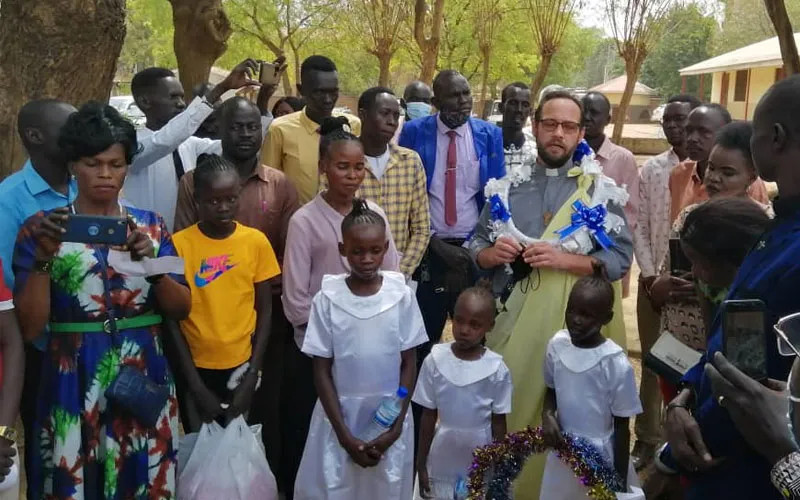 When Comboni Missionary Bishop Mazzolari died on 16 July 2011, his confrere, Fr. Fernando Colombo, governed the South Sudanese Diocese as Diocesan Administrator until 27 December 2013, when Fernando Cardinal Filoni, then Prefect of the Congregation for the Evangelization of Peoples, appointed Fr. Mathiang Diocesan Coordinator.

Following Mons. Carlassare’s attack weeks before his Episcopal Ordination that had been initially scheduled for Pentecost Sunday, 23 May 2021, Pope Francis appointed Bishop Matthew Remijio of South Sudan’s Wau Diocese as Apostolic Administrator of Rumbek on 5 May 2021. The appointment of Bishop Remijio as Apostolic Administrator officially ended the leadership of Fr. Mathiang, one of the suspects in the case of the shooting of Bishop-elect Carlassare. The ruling of the case is expected to be delivered on March 25, the same day Mons. Carlassare is to be ordained Bishop.