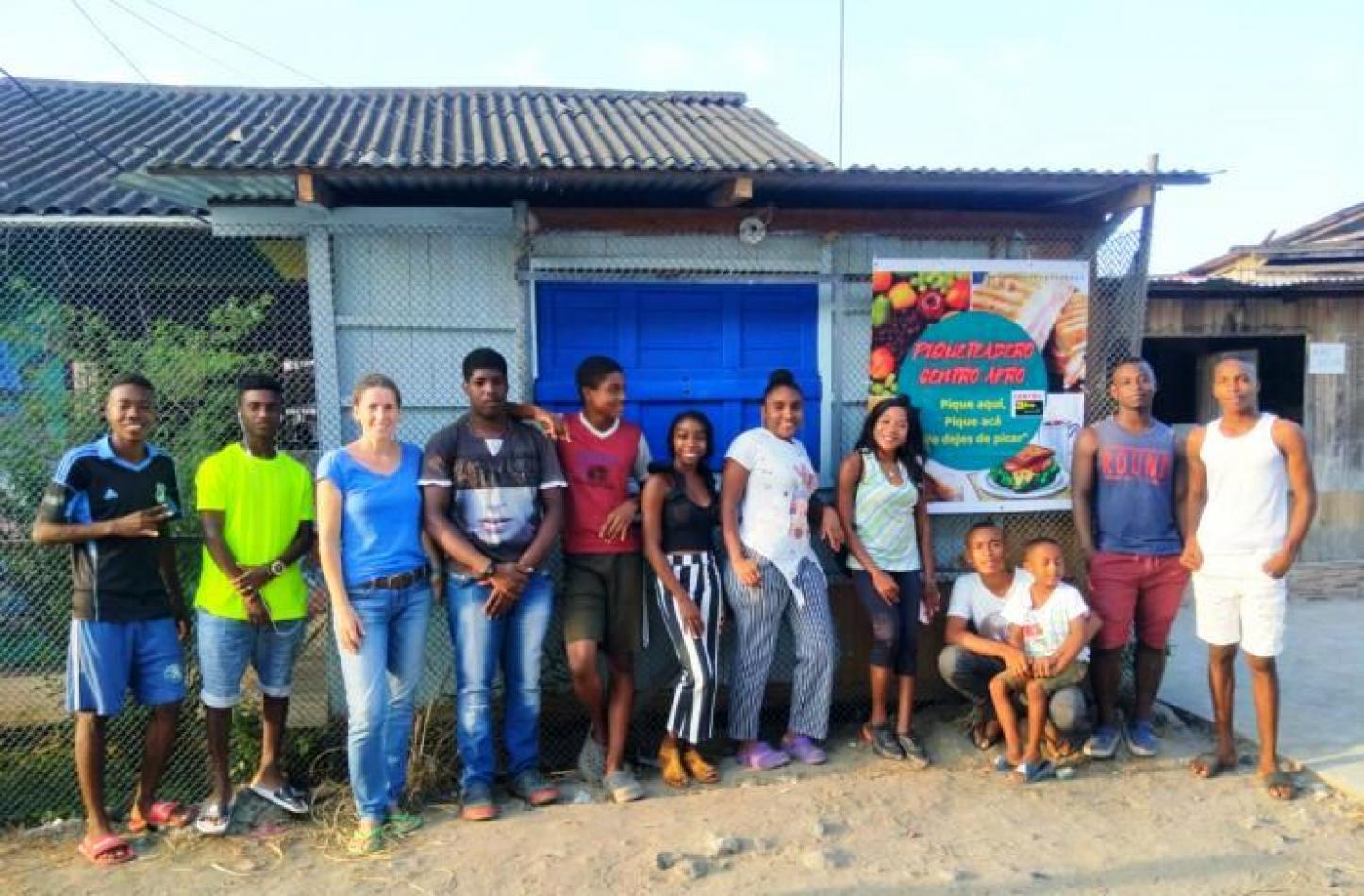 Tumaco is located in the extreme southwest of Colombia, in the Pacific region bordering Ecuador, far from the political and economic centres of the country. The city has reached only a very low level of development with regard to health, education and quality of life, and at the same time occupies one of the first positions in national statistics regarding violence and drug trafficking. The murder rate is extremely high and most of the victims are young people with more than half of the people murdered in the city aged between 15 and 29. Of the 217,000 inhabitants of Tumaco, 45% are under the age of 20.  School and work opportunities are scarce. Only six out of ten young people finish secondary school and of these, few manage to enter university or get a decent job. The unemployment rate is 88%.

To respond especially to the needs of young people, the Comboni missionaries present in Tumaco since 2014, along with their other activities, decided to open an Afro Centre, bearing in mind that the majority of the population was of Afro origin. Since its inception, the Afro Centre has seen the growth of various groups for children and the youth, including art and sports groups. Once a week, the Descuádrate youth group meets to discuss different topics and social activities.

On the basis of an embodied faith and with an open and critical spirit, the members analyse the reality of the city and the country and organize days of cleaning, help to the needy, symbolic acts of resistance, as well as recreational activities with other young people.

In addition to its youth groups, the Afro Centre promotes art as a tool for social transformation. More than 40 girls form the Naidí group, which is dedicated to traditional and contemporary dance. Thanks to a very disciplined education, they have achieved a high artistic level and also a deep sense of belonging to their Afro-Colombian roots. In addition, their collective bodily work has a wonderful healing power, which strengthens them against the many painful realities of their lives.

Six years ago, the rap music group AfroMiTu was born. Its critical sense and the vigour of its songs are impressive. Young people compose their own music and write the lyrics in a collective process based on their experiences and life realities. Under the motto ‘Generating awareness’, their songs are dedicated to the defence of human rights, the promotion of non-violence and peace, respect for women, and care for nature.  Last year, the musicians took advantage of their Covid-19 lockdown to build their own recording studio, which attracts new young people and is used to produce podcasts and radio programs on the pedagogy of peace.

The Afro Centre also uses different circus acts as a pedagogical strategy to get teenagers to use their energy and leisure time for creative fun and teamwork. The Talento Renaciente group began with stilts, something that requires courage, agility, and physical endurance from the children. Today, there is no peace march in Tumaco that is not led by the marchers of the Afro Centre. They have also learned juggling, basic acrobatic techniques, how to ride unicycles, and even fire shows.

In addition to the different groups of children and young people, the Afro Centre also has a library equipped with an internet room.  There is also a group of women who meet weekly at the Afro Centre to spend time happily together making bags, handbags, earrings and, of course, weaving bonds of trust. In the absence of a community hall in the neighbourhood, the Afro Centre also hosts many meetings of the Community Action Board, the Neighbourhood Health Committee, Community Mothers, and other initiatives.

It is because of this open attitude, as well as its ongoing commitment to peace and its neutrality towards controversial issues that the Afro Centre has earned the respect and trust of many organizations. All the work of the Afro Centre is based on the skills and human resources of the children and young people themselves. They are the ones who keep the place clean, collect rubbish, paint the walls, and help maintain equipment. It’s their home, so they have to take care of it. It is not a service-providing institution, but rather a large family whose members walk hand in hand.

This way of working makes the process a little slower than other better-equipped projects, but at the same time, it is taking decisive and lasting steps. Each member contributes their time, knowledge, and resources; in this way, a truly community process is being built up. A particularly interesting effort in view of the sustainability of the Centre is a small business organized by the young people themselves under the name of Piqueteadero Centro Afro. Every afternoon, young people prepare cakes, hot dogs, kebabs, and sandwiches that are sold at affordable prices for the neighbourhood and generate funds for the basic expenses of the youth centre.

Finally, what binds and sustains this whole collective process is a deep missionary spirituality. This means walking in an organized way, sharing dreams and sorrows, recognizing the abilities of others, and learning from each other, forgiving each other, and building a true community of faith. At the Centre, during the week, the young people of the confirmation catechesis group and the large group of Missionary Childhood meet.

On Sundays, the Centre is transformed into a chapel, both for First Communion catechesis and for the celebration of the community Eucharist.