Vocation Story of Brother Gédéon Ngunza Mboma: “My Life for Them” 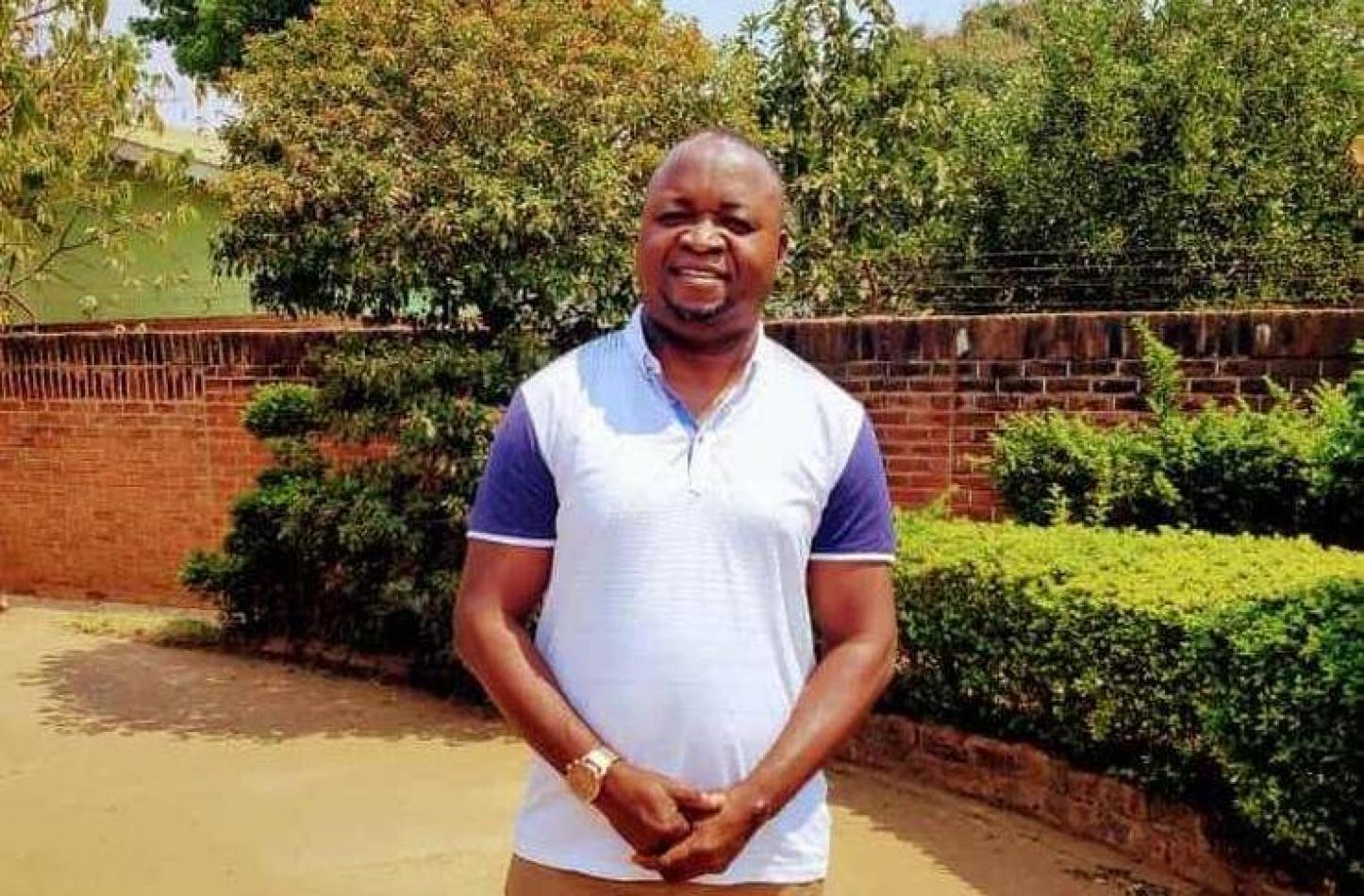 Monday, May 16, 2022
For eleven years, he has lived and worked among young people, providing them with technical training and human maturity. Brother Gédéon Ngunza Mboma, talks about his commitment as a teacher at Comboni Technical College in Malawi. I was born in October 1979, in Mutoy, Kikwit Diocese, Bandundu Province, in the Democratic Republic of Congo. My parents, fervent Catholics, had eight children, of whom I was the sixth.

I attended primary and secondary school in my town. Then I enrolled in a boarding school in Kikwit, run by the Josephite Brothers. There I met visiting priests and religious brothers from various congregations. I particularly liked the Comboni Brothers: their way of doing things and the type of mission they carried out had something that attracted me. It seemed to me that I could be one of them.

My family did not oppose the idea. On the contrary, they were enthusiastic and encouraged me. So, in September 2001, I entered the Postulancy for Brothers of the Comboni Missionaries Institute. At the end of the probationary period, I was accepted in the Postulate proper, in Kisangani, where I enrolled in an Accounting and Administration course at a university institute, eventually obtaining my diploma.

At the end of the three-year postulancy, the desire to be a Comboni Brother had become my final choice. I asked to be admitted to the Novitiate and the answer was positive.

On 13 May 2007, I made my first religious vows and flew to Nairobi to begin the Scholasticate at the International Brothers’ Centre. I attended the faculty of Social Ministry at Tangaza College where I took a course in Social Sciences of Human Development, and then went on to do a postgraduate course in Financial Management, ending with an MA in November 2011.

My formal training had come to an end. I was ready – and willing – to begin my first missionary commitment. The assignment letter arrived immediately: my superiors were sending me to Malawi, as a teacher at Comboni Technical College (CTC), Lunzu. Three years later, on 17th November 2013, during a holiday period, I took my perpetual vows in my home parish.

The CTC is a Catholic technical school open to young people of all religious denominations, created, developed, organised and managed by the Comboni Missionaries, in collaboration with local staff. It is a non-profit organisation, which aims at building a better future for the youth of Malawi, by offering them training in technical and human skills.

I jumped straight into my new task, putting all my energy and enthusiasm into it. Within two years, I was appointed Deputy Principal and Production Manager.

Malawi is one of the poorest countries in southern Africa. Economic hardship has a serious impact on the majority of Malawians who are low-income earners. One of the most negative effects of this is the inability of many families to educate their children.

The Comboni Technical Centre was created precisely to try to respond to this situation, through an integral education capable of helping young people to become leaders and agents of transformation in their families, communities and workplaces, thus contributing to the development of their country.

The CTC aims at providing the young people who come to us with high quality and practical training in welding and manufacturing end products, carpentry and electrical installation, leading up to the government exams for the Craft and Advanced Craft Certificate. We also provide them with human skills, in view of their personal growth that leads to true maturity, so that they become good and responsible citizens.

But this is not enough. We also think about their future. We offer courses that provide them with entrepreneurial knowledge and skills to start businesses, once they leave the CTC. Moreover, we make sure that they will not think only of themselves: that would not be a Christian training. We want our young people to feel they have a duty to take an active part in building their communities. To support them in this, we promote Gospel values, which motivate them to commit themselves with all their talents to promoting the Kingdom of God.

The training programme is quite demanding. The students cannot take things lightly. The pace of classes is intense: 46 weeks per year, 40 hours of instruction per week (32 hours of hands-on work and 8 hours of theory).

After the two-year course, students have six months of added experience in industries and companies around the country where they can put the knowledge they have received into practice. During this experience, the teaching staff and the administration of CTC monitor the students by sharing and talking with company managers on a monthly basis to get feedback on areas that need more attention for further improvement.

I have now lived for 11 years together with 150-180 youth, to whom I teach entrepreneurship, basic accounting, and human development. Being a member of the administration, I spend most of my time with them, trying to get to know them better and to establish a relationship of trust between them and me.

Each year I witness something that fascinates and moves me. Young people come to us almost shy, if not afraid. Shyness and fear, however, disappear within a few weeks. The familiar and warm environment around them helps them to relax. And I see them grow, mature, become confident, resourceful, and most of all joyful.

The classes, discussions, and communal living facilitate a confident openness in them… and they transform, becoming young adults, with a positive self-image.

When they leave at the end of the courses, they are ready to enter the world of work, where they become self-sufficient, self-confident persons ready to transform the lives of other people who depend on them.

I am happy to be here, and I wish heaven would allow me to stay here for many more years, because, in this fantastic place of youth formation, I feel totally fulfilled as a Comboni Brother.
[Comboni Missionaries]