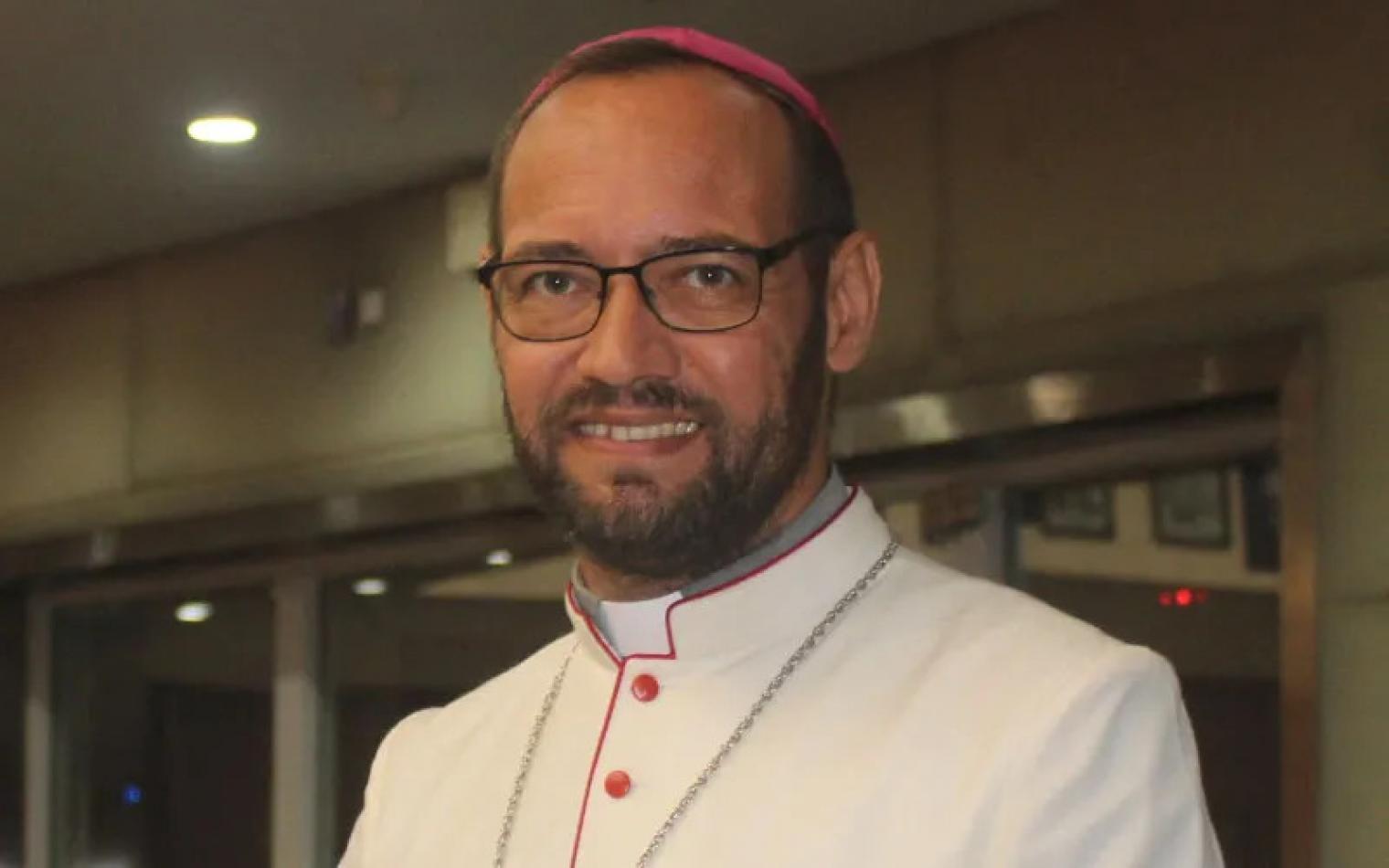 Saturday, July 16, 2022
The Catholic Diocese of Rumbek in South Sudan is set to include the social doctrine of the Church classes in the Primary and Secondary schools run by the Diocese to educate learners about care for the environment at the basic level in the East-central African country. [In the picture: Bishop Christian Carlassare of South Sudan's Rumbek Diocese. Credit:
ACI Africa]

In an interview with ACI Africa, Bishop Christian Carlassare of Rumbek Diocese said that the courses, which are already being offered at the Diocese’s institutions of higher learning are aimed at sensitizing learners on issues of social justice and the care of creation. “Our office of Justice and Peace conducts several workshops in our Catholic schools concerning social issues concerning care for the environment,” Bishop Carlassare said during the Wednesday, July 13 interview. He added, “We would like to set a specific syllabus on the Catholic social doctrine of the Church and civic education in our primary and secondary schools. At the same time these subjects are taught in our teacher training college and in our faculty of education at the Catholic University in Rumbek.”

The Local Ordinary of Rumbek Diocese spoke to ACI Africa on the sidelines of the 20th Plenary Assembly of the Association of Member Episcopal Conferences in Eastern Africa (AMECEA) that has brought together over 100 Catholic Bishops who are meeting in Dar Es Salaam, Tanzania. In their engagement on the theme, “Environmental Impact on Integral Human Development”, the delegates of the meeting who are drawn from the nine countries of AMECEA are reflecting on the gains that have been made in the Eastern Africa region on the care for the environment.

The delegates from Eritrea, Ethiopia, Kenya, Malawi, South Sudan, Sudan, Tanzania, Uganda and Zambia, as well as from the affiliate countries of Djibouti and Somalia are also set to design a strategy that will see them implement Pope Francis’ Encyclical Letter, Laudato Si’, even more. In the interview with ACI Africa, Bishop Carlassare described environmental degradation as a social concern that affects the life of many people “especially the poorest whose cry is often not heard by the world”.

The Italian-born member of the Comboni Missionaries (MCCJ) who has ministered in South South Sudan since 2005 noted that the East-Central African country is experiencing numerous environmental challenges, including problems concerning the oil extraction and the exploitation of other natural resources. He said, “Up to now, we can’t say that these activities are contributing to the development of the country, or creating new economies or providing funds for infrastructures and services; people are actually poorer. Pollution is rampant. Waste disposal is a very problematic issue especially in the cities.”

Bishop Carlassare who was consecrated on March 25 highlighted the dredging project that the South Sudanese government has engaged in to address flooding that has affected more that 1.2 million across the country. He noted that South Sudan has in the last three years experienced a rise of the water level in the Bahr el Ghazal-Naam River, with consequent floods in very vast areas, which were inhabited or used for cultivation. “Many people were displaced or became climatic migrants in search for dry land where to stay,” Bishop Carlassare said, and added, “In certain cases there have been issues about peaceful coexistence between different ethnical groups, exacerbated also by the internal conflicts of the last nine years.”

He said that while the South Sudanese government is considering dredging some rivers and reconsidering the project to open the Jonglei canal, “the public opinions are very diverse and debate is quite hot”. “Human intervention on the territory is much needed but it has to protect the local population avoiding any negative ecological impact,” the 44-year-old Bishop told ACI Africa. He said that in his Episcopal See, most people are cattle keepers and their economies rely on animals and the access to vast grazing lands. Bishop Carlassare noted that few ethnic groups are relying on agriculture and that land in South Sudan is quite fertile.

Highlighting one of the ways the Diocese of Rumbek has come in to mitigate effects of environmental degradation, Bishop Carlassare said that the South Sudanese Diocese is promoting agricultural projects in several Parishes using environmentally friendly methods to foster food production and security. Another project, the women empowerment desk, is also supporting small kitchen garden projects producing vegetables for the local market and tables, the Bishop told ACI Africa, adding that the main aim of the women empowerment desk is to improve livelihoods through the active participation of women.

He noted that members of the Society of Jesus (Jesuits) ministering in the Diocese of Rumbek also run a vocational training center, which trains the youth to embrace renewable sources of energy, especially solar installations. The Biggest focus of the Diocese of Rumbek, Bishop Carlassare maintained, is to instill values of care for the environment through education. He said, “We would also like to form Justice and peace committees in our Parishes where qualified pastoral agents can monitor and sensitize people on themes of social justice and care of creation.”