Home
Circoscrizioni
South Sudan - (News)
Vocation Story of the Simon Yomkuey: “My Dream Is to share the Word of God”

Vocation Story of the Simon Yomkuey: “My Dream Is to share the Word of God” 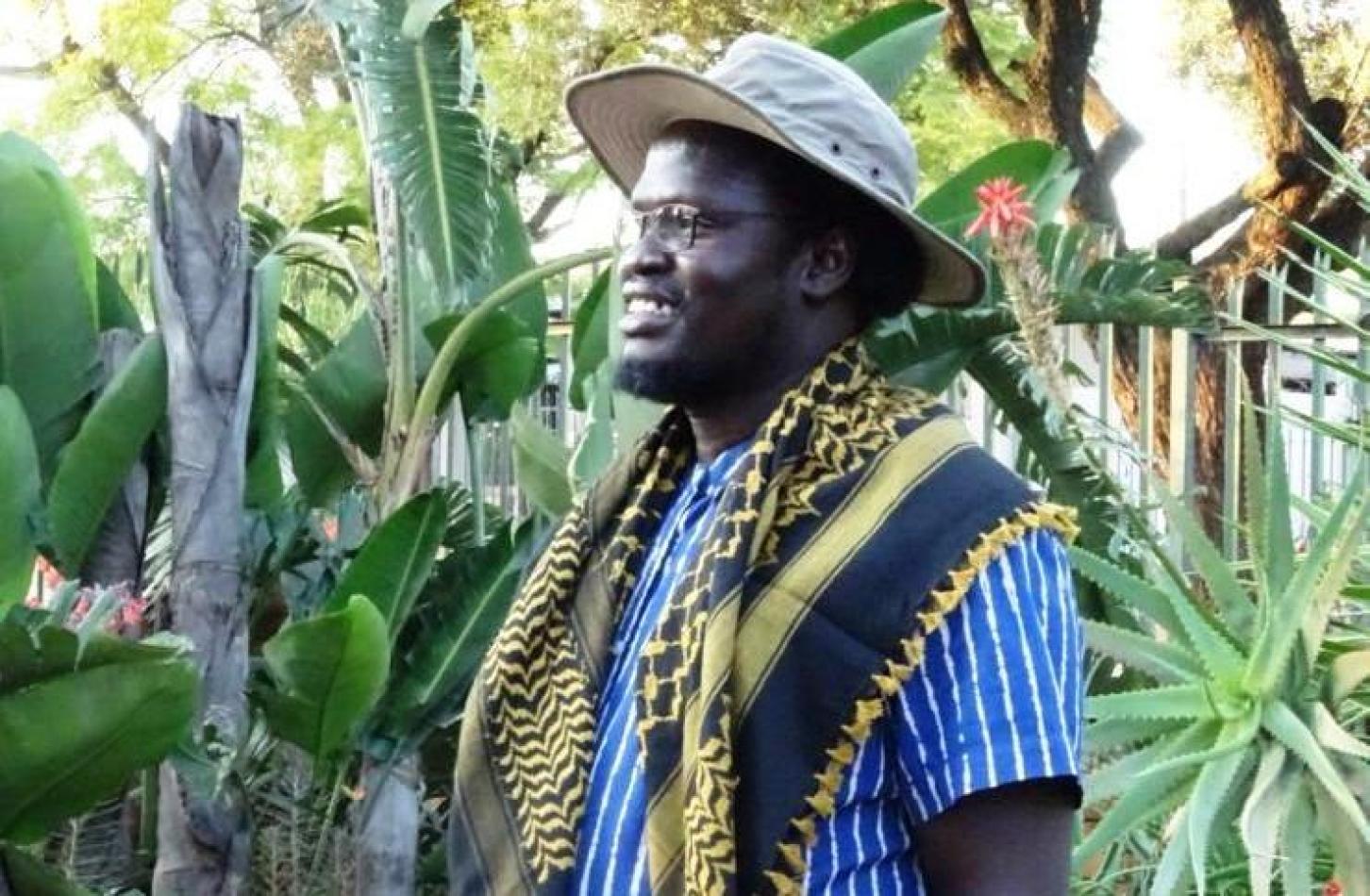 Tuesday, September 20, 2022
Tap Simon Yomkuey is a Comboni Missionary from South Sudan. He is in the third year at St Joseph’s Theological Institute at Cedara in Pietermaritzburg, Kwa-Zulu Natal, South Africa. He shares with us his vocation journey. Simon writes: “What inspired me, from the few Comboni’s whom I knew in my parish, was their simplicity and kindness, their sense of belonging and especially their way of welcoming people, listening and trusting them. No one considered himself greater than the others; there was an element of equality. I also learned from their sacrifices. All this motivated me to join them.”

I was born in 1988 in Mayom County, Unity State in South Sudan. We are four boys and two girls in the family, all Catholics. My father died when I was about 8 years old and my mother died in 2006 when I was at University.

I moved to Khartoum with my brother in 1993. We had a house in the area of Omdurman and I attended the Comboni primary school in Bahry. From childhood, I was very active in the parish run by the Comboni Missionaries. I was an altar server, a choir conductor, a member of the parish council and chairperson of the Legion of Mary, a strong movement in the Catholic Church of Sudan.

During secondary school, I started showing more interest in the Comboni Missionaries. When I finished school, Fr Norberto Stonfer and Fr Adam Dawd Abushok, a diocesan with whom I used to share my queries, advised me to continue studying: “You can always tell us if you are still interested, after University. We know you very well; it will be very easy for us to recommend you.”

So, I proceeded to the School of Management in the Department of accounting and finance. In 2011, the independence referendum of South Sudan was celebrated, and the University was transferred to its original place, Juba. I moved there where I graduated in 2013.

When I was in Juba, I met a Comboni Missionary and I told him that I was interested in meeting the Combonis. A few days later I met Fr. Fr Louis Okot. He invited me to a one-year programme called ‘come and see,’ during which we used to meet many aspirants, boys and girls, in the provincial house, every last Saturday of the month. They would explain to us about vocations, providing booklets on the life of Comboni, and other material.

After a year, in 2014, I was admitted to the six-month pre-postulancy, followed by an experience in a parish. Then, I moved to Nairobi for the postulancy, where I did a three-year philosophical course, followed by a two-year novitiate in Namugongo, Uganda. I professed my first religious vows, on 23 May 2020.

After the novitiate, I was assigned to the scholasticate of Pietermaritzburg, in South Africa. I could not visit my family — I had not seen them since 2018 — because Uganda was under Covid lockdown. While waiting, I took the opportunity to stay in the Comboni community concerned with assisting the South Sudanese displaced in Uganda. When the borders eventually opened, I returned to Juba and, before South Africa could close them again, I entered the country.

Why did I decide to become a Comboni?  A vocation is a mystery. I really admire some priests whom I have encountered. When I was at University, I had a strange feeling, as if I was forgetting something, or something was missing in me, though I couldn’t name it.

I used to prepare my school books, clothes and shoes for the following day, yet my mind kept telling me that something was missing. When the idea of joining the Comboni Missionaries came, suddenly, that strange feeling disappeared.  What inspired me, from the few Comboni’s whom I knew in my parish, was their simplicity and kindness, their sense of belonging and especially their way of welcoming people, listening and trusting them. No one considered himself greater than the others; there was an element of equality. I also learned from their sacrifices. All this motivated me to join them.

In these years I have learned how to live with people of different backgrounds, cultures and ideas. I have gained education: philosophical and theological studies, catechesis and knowledge about St Daniel Comboni and how he started this Congregation.

When I think of our founder Daniel Comboni I feel how he was passionate about taking the Word of God to those who had not heard of it; he sacrificed a lot and put his feet in the shoes of others. His homily at Khartoum, after coming back from Italy, when he said: ‘I have come back among you today. I left you, but my heart was still with you. Young and old, poor and rich, healthy and sick, I will be your servant,’ inspired me a lot. I try to imagine the area where he was staying, both in South and North Sudan, difficult places, a foreigner coming from very far – it was not easy.

My dream is to share the Word of God with those who have not heard it. It can be done physically, or through the mass media. Technology allows us to reach far beyond our surroundings. My aim is to reach those that are abandoned and disowned, like those living in slums.

We need to resolve their condition of abandonment and also engage with those who try to isolate them from society. People need to understand that we are all the same, though with different talents. The only difference is how we use them. Those who consider themselves higher than others must comprehend that what they are now was not of their own making, but God was behind their success.
[Comboni Missionaries]