The ways of celebrating Christmas around the world 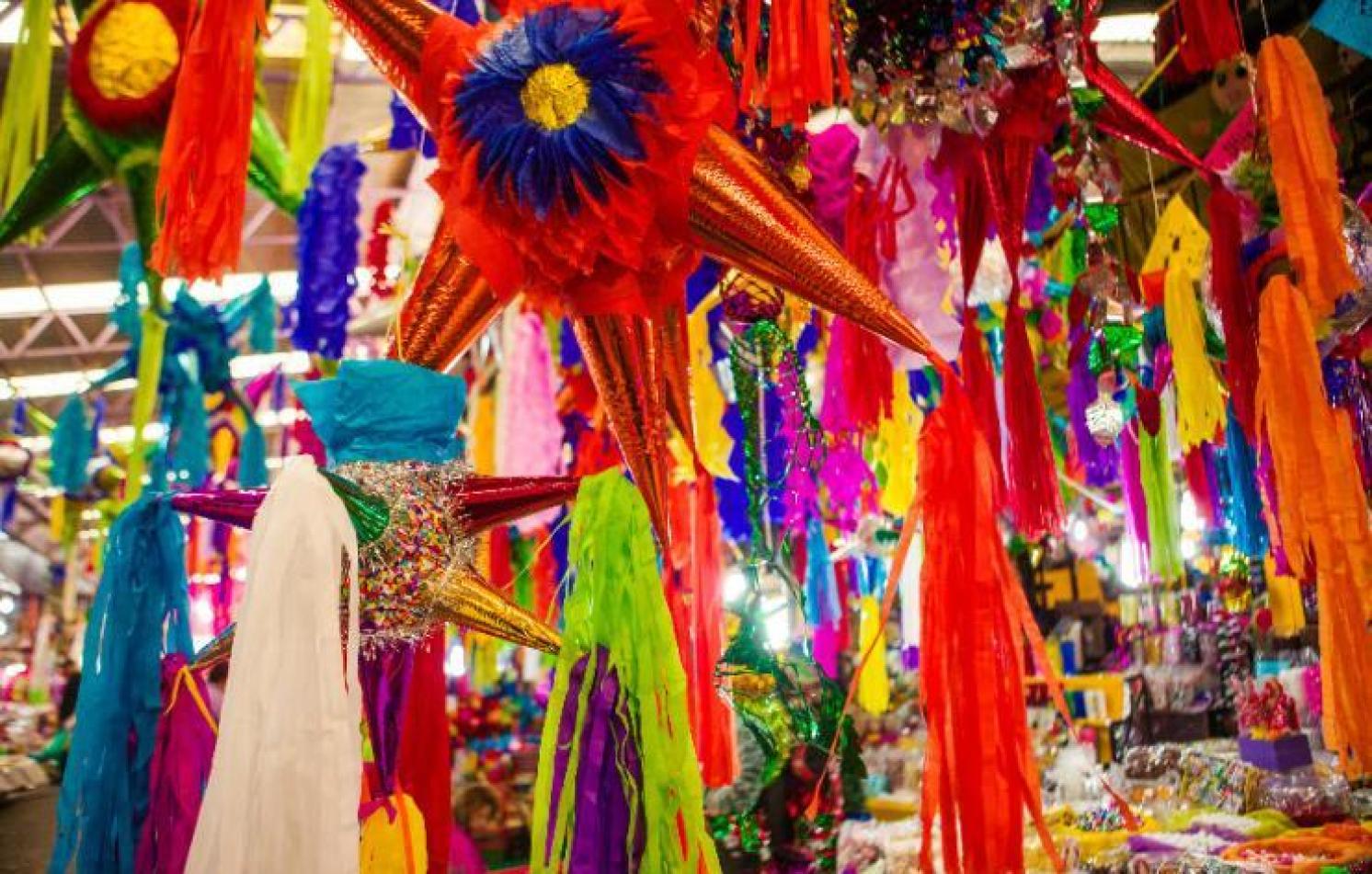 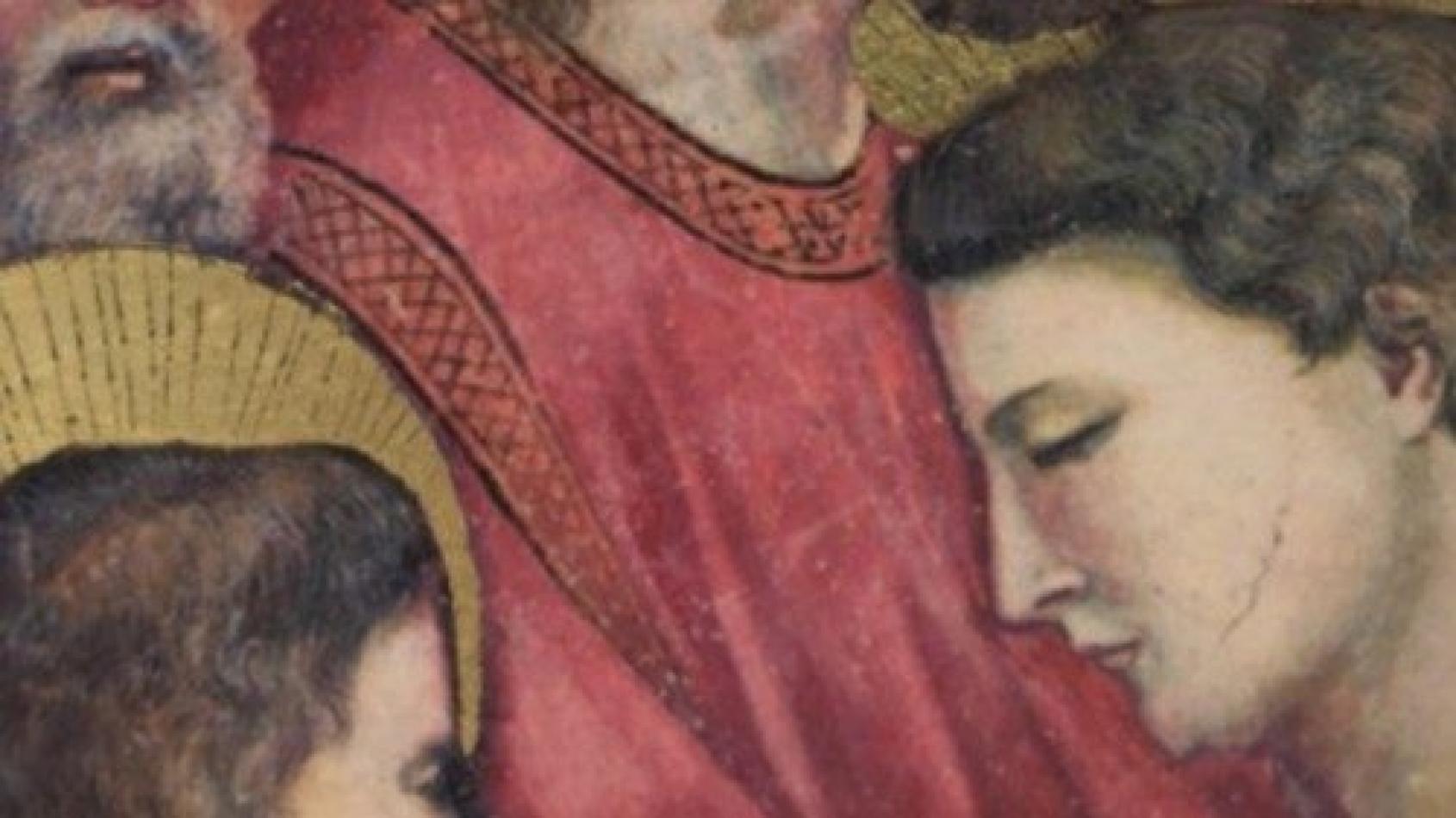 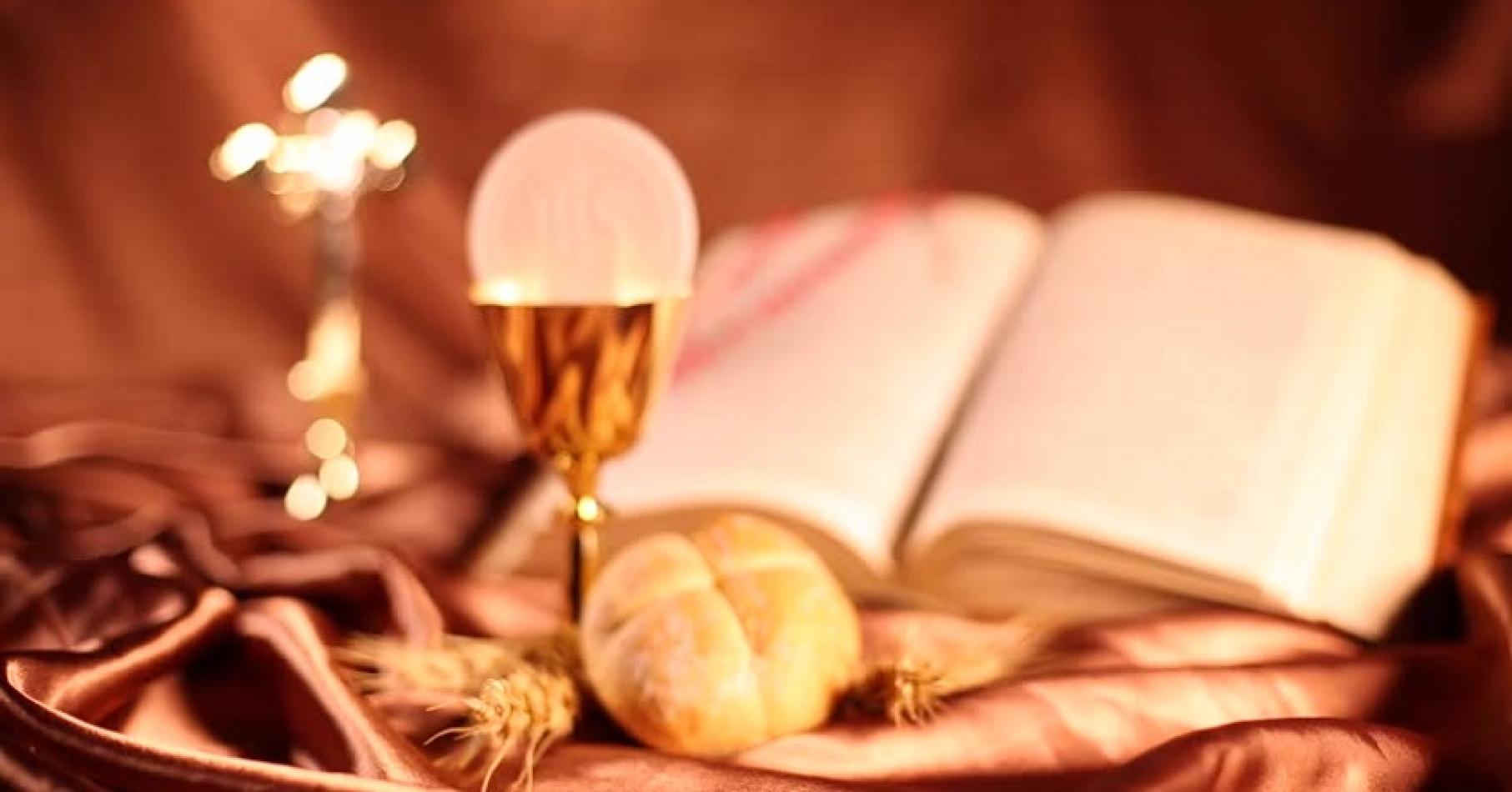 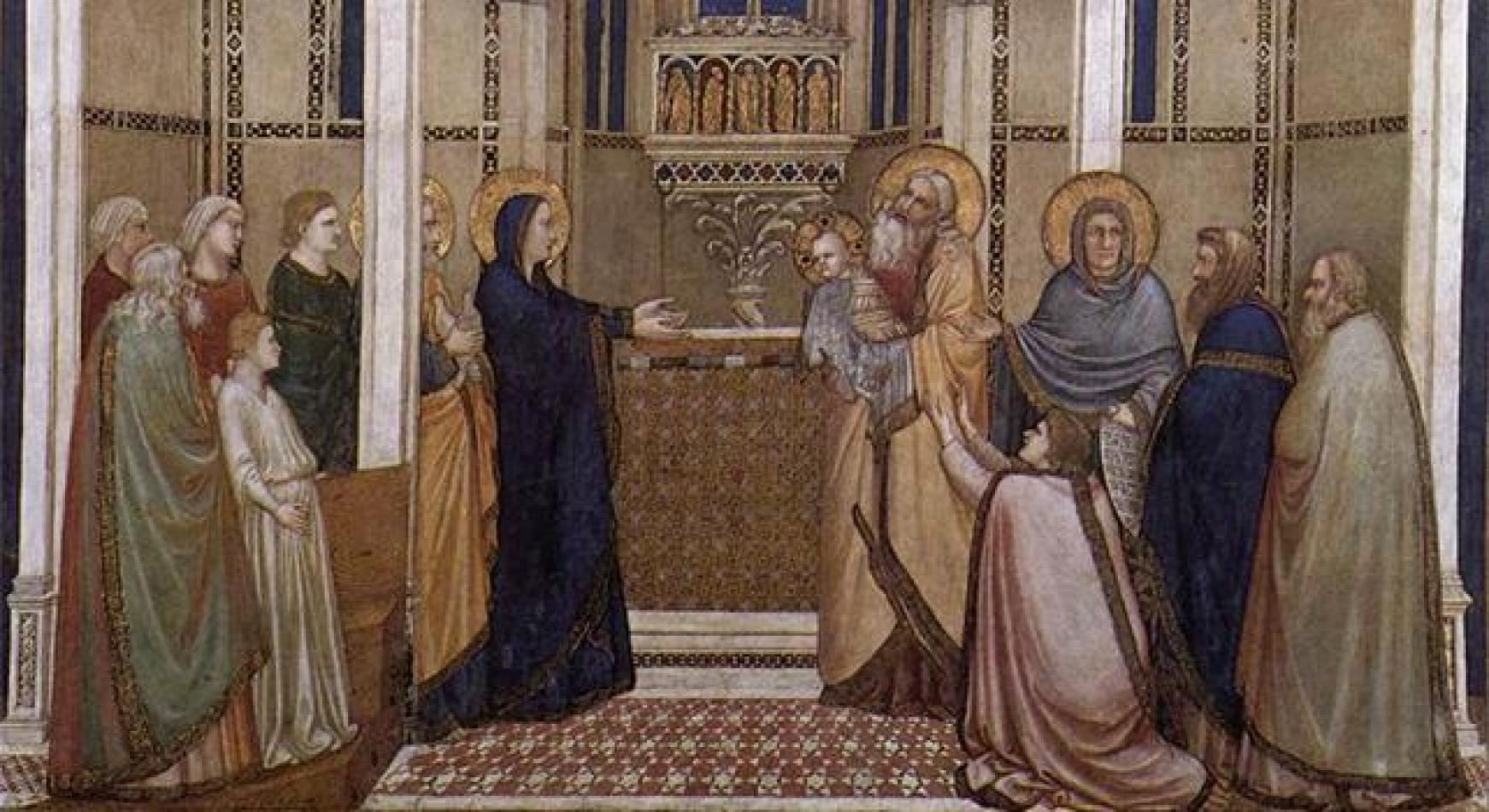 Wednesday, December 21, 2022
Every December and in every country on the planet, people celebrate Christmas. The ways of celebrating Christmas are endless because the holiday proclaims the universal desire for peace on earth and goodwill to all. Here are some Christmas traditions from around the world. [Photo: Piñatas in a traditional market in Mexico. 123rf.com]

Mexico. At midnight on Christmas Eve in Mexico, festivities are interrupted by the ringing of bells calling families to La Misa Del Gallo (The Mass of The Rooster). This service is called the “Mass of the Rooster” because tradition teaches that the only time that a rooster crowed at midnight was on the day that Jesus was born.
In Mexico and among Mexican Americans, Christmas celebrations take place on each of the nine nights leading up to Christmas, from Dec.16 to 24. The word posada means “inn” or “lodging” in Spanish. In this tradition, Mary and Joseph’s journey to Bethlehem and their search for a place to stay is re-enacted.
During the nine posada days, children process on the streets with candles and a board featuring painted clay figures of Mary riding on a donkey, and Joseph.  They call at the houses of friends and sing holiday songs. Like Joseph and Mary, children ask for lodging in the house but are told that there is no room in the house and that they must go away. Eventually, they are accommodated and welcomed. Inside, the children offer prayers of thanks and then have a party with food and games.
The most popular game played at Posada parties is piñata which is a decorated paper mache container filled with sweets and hung from the ceiling or tree branch.  To play the game, children are blindfolded and take turns hitting the piñata with a stick until it splits open and the sweets fall out. Then the children rush to pick up as many sweets as they can!  Evenings end with fireworks.

Ethiopia. According to legend, Christianity came to Ethiopia as a result of a kidnapping. Two Christians named Frumentios and Aidesios — both residents of Tyre — were abducted on the Red Sea and taken to Aksum, Ethiopia’s capital at the time. There they became slaves. Because they were highly educated, the two were installed as private tutors to the royal family. They not only taught the king’s children mathematics and Greek, but imparted the fundamentals of their Christian faith as well. In the middle of the 4th century, King Ezana decided to be baptized. By 330, Christianity has proclaimed the state religion. Most Ethiopians are part of the Ethiopian Orthodox Church and celebrate Christmas on Jan. 7.
Like Armenian Christians, those in Ethiopia do some fasting during the 40 days leading up to Christmas. During this fast time, Ethiopians become vegan, avoiding eating of meat, dairy, eggs, oil, and wine. Those who are very young, very elderly, or unhealthy may be exempted from the fasting period or they may reduce it.
Traditional Christmas foods in Ethiopia include wat which is a thick and spicy stew that contains meat, vegetables, and sometimes eggs. Wat is eaten on a plate of injera — a flatbread. Pieces of the injera are used as an edible spoon to scoop up the wat. The Christmas celebration is called Ganna. Most Christians attend services on Christmas Day with early Masses beginning at 4 am.  Gift-giving is not an important aspect of Christmas. Sometimes children might be given a small gift — usually an item of clothing — from their family members.

Armenia. This country is believed to be the first to adopt Christianity as its state religion in 301. The great apostle of Armenia was St. Gregory the Illuminator (257–337). Armenia proclaimed its independence from the Soviet Union on Sept. 23, 1991. The majority of Armenians belong to the Armenian Apostolic Church with 10 percent of the population being Catholic in communion with Rome.
Christmas is celebrated on Jan. 6. During the week leading up to Christmas, many Armenian families fast in ways similar to Christians who do so during Lent. Armenia clergy will often fast for 40 days be leading up to Christmas.
At the beginning of December, a large Christmas tree (Tonatsar) is put up in Republic Square in Yerevan, the capital of Armenia.  Favourite and traditional holiday foods in Armenia include Anooshaboor (Armenian Christmas pudding), Khozee bood (glazed ham), and dried fruits.
Women prepare a variety of sweets because it is customary for family and friends who stop by for a visit during the season.

India. This country is predominantly Hindu with Christians making up less than 3 percent of the population. Nevertheless, that percentage translates into 25 million Christians in India. Goa, India’s smallest state on the west coast, has the largest population of Christians, approximately 26 percent of that population.
Midnight Mass is an important liturgy for Christians in India. Churches in India are decorated with poinsettia flowers and candles for Midnight Mass. Instead of having traditional Christmas trees, a banana or mango tree is decorated or whatever local tree is available.
Sometimes people use mango leaves to adorn their homes. In southern India, Christians often display small oil-burning clay lamps on the flat roofs of their homes to show their neighbours that Jesus is the light of the world.
Indians love sweets and consume ample amounts during Christmas. Favoured sweets include neureos (small pastries which are stuffed with dry fruit and coconut and then fried) and dodol (like toffee that has coconut and cashews in it). Families carefully prepare many sweets leading up to Christmas in order to share them with family, friends, and neighbours. The main Christmas meal is eaten on Christmas Eve and is similar to those in Western countries with roast turkey or chicken.

Finland. Citizens of Finland claim that Santa Claus or Father Christmas resides year-round in the northern part of their country in an area called Lapland, which is north of the Arctic Circle.
Christmas is so popular in Finland that most people try to be at home for Christmas, including fishermen who try to get their boats into the harbour by Dec. 21, St. Thomas’ Day. Even animals are included in Christmas festivities with farmers hanging a sheaf of wheat on a tree to be eaten and pecked at by the birds. Nuts and pieces of suet are also hung on trees in bags from the branches. For Finlanders, “joy to the world” means including all beings.
Finlanders’ main meal is taken on Christmas Eve and includes lutefish (salt fish) or pork with mashed potato. Cured salmon is popular and some people also have turkey. Casseroles containing different vegetables including rutabaga and carrot are served.
Desert is baked rice pudding/porridge eaten with spiced plum jam. One almond is hidden in the pudding. Whoever finds the almond is believed to be blessed with luck for the next year.  After the meal, Father Christmas visits leaving presents.  Christmas Day is generally quiet and the following day, called Boxing Day, continues the holiday with families doing outdoor activities such as skiing and skating.

Greenland. Because Greenland sits north of the tree line, residents import evergreens from Denmark or they simply bring in a driftwood tree. In either case, they add holiday decorations to the tree. Greenland Inuit villagers visit each other where they drink coffee, eat sweets, and exchange brightly wrapped traditional gifts such as miniature sleds, polished walrus tusks, or sealskin mittens. Their children go from house to house singing carols.
Most homes and village centres display a brightly lit star. This is both festive and practical. Greenland is so far north that in winter months the sun doesn’t appear, leaving residents in a perpetual midnight so the stars offer some much-welcomed light. Greenlanders’ Christmas meals include mattak, whale skin with a strip of blubber inside. They consider it a delicacy and a special holiday treat.