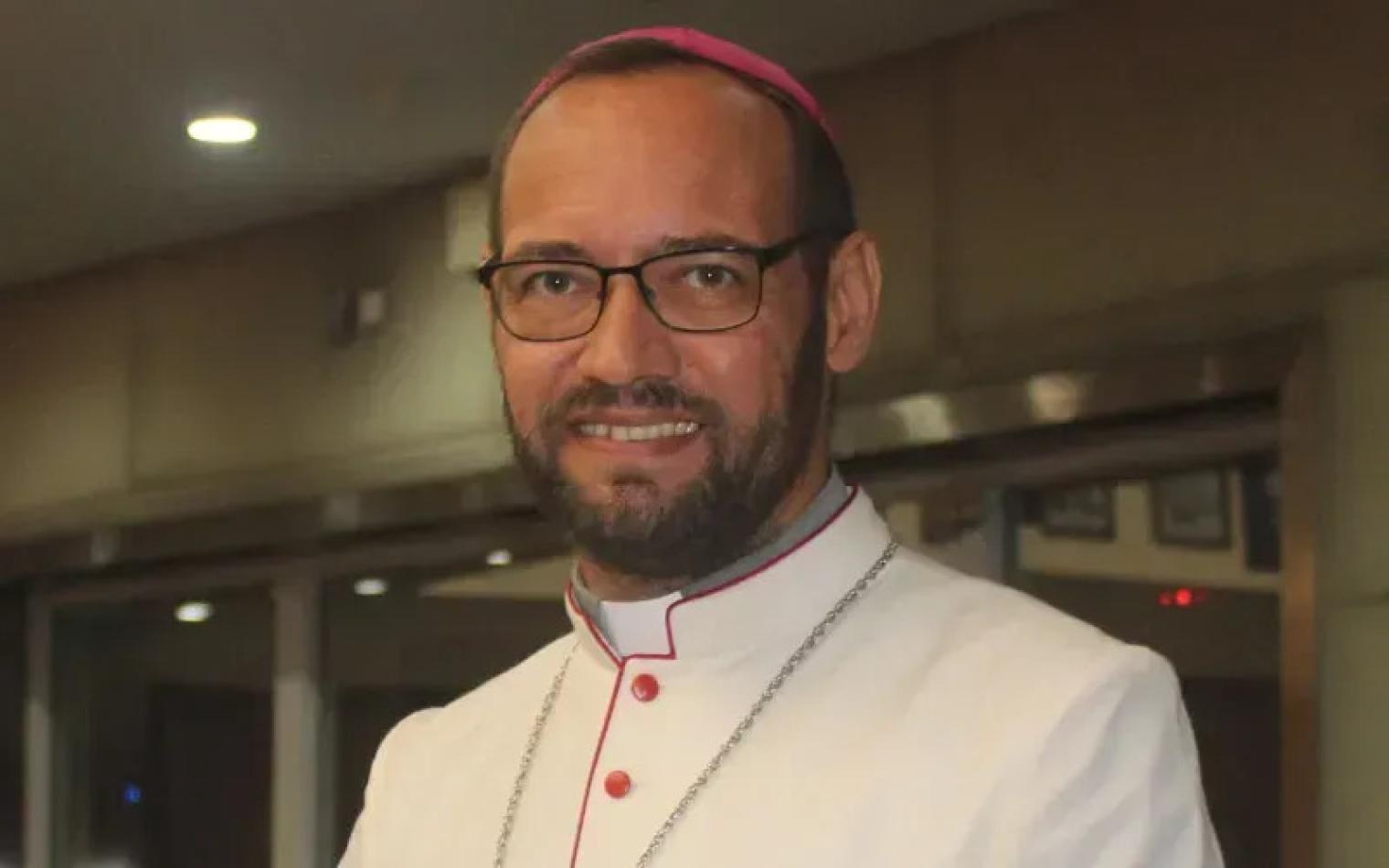 Thursday, January 26, 2023
The planned ecumenical visit to South Sudan to be undertaken by Pope Francis, the Archbishop of Canterbury, Justin Welby, and the Moderator of the Church of Scotland, Iain Greenshields early next month will show “a new common path” for the people of God in the country, a Catholic Bishop in the East-Central African nation has said. [In the picture: Bishop Christian Carlassare of South Sudan's Rumbek Diocese. Credit: ACI Africa]

In an interview with ACI Africa, Bishop Christian Carlassare reflected on the Holy Father’s presence in South Sudan during the February 3-5 visit, and underscored the purpose of the ecumenical trip as a pilgrimage of peace. “I think the visit of the Pope will indicate with more clarity a new common path for all South Sudanese people and the country at large,” Bishop Carlassare told ACI Africa in the Monday, January 9 interview. The Local Ordinary of Rumbek Diocese added, “The Holy Father is coming to us as a pilgrim of peace; therefore, he has to find us on that same path, ready to commit ourselves to peace and against any form of violence and corruption.”

The ecumenical visit is historical, Bishop Carlassare said, “because the Holy Father mentioned South Sudan on many occasions but he has never had the chance to visit the country.”

The desire of Pope Francis “to come is now to be fulfilled and he defines himself as a pilgrim of peace, and it is so unique and meaningful that he comes with other Christian leaders,” the member of the Comboni Missionaries (MCCJ) who has ministered in South Sudan since 2005 told ACI Africa. Pope Francis is set to realize his previously postponed trip to two African countries from January 31, according to the program and itinerary that the officials of the Holy See Press office unveiled last month.

The December 1 Vatican statement provided details of the “Apostolic Journey of His Holiness Francis in the Democratic Republic of the Congo (DRC) and in South Sudan (Ecumenical Pilgrimage of Peace in South Sudan) from 31 January to 5 February 2023”. The Holy Father’s pastoral trip that had been planned for July last year was postponed in June “at the request of his doctors, and in order not to jeopardize the results of the therapy that he is undergoing for his knee,” the Holy See Press Office Director, Matteo Bruni, stated in his 10 June 2022 statement.

Like the itinerary in the postponed visit, the January 31 – February 5 two-African-nation trip has now been scheduled to begin in the capital city of DRC, Kinshasa, and conclude in South Sudan’s capital city, Juba, where the Holy Father alongside Archbishop Welby and Rev. Greenshields are to preside over ecumenical prayer.

In the interview with ACI Africa, Bishop Carlassare called upon the people of God in South Sudan to take the path of peace and to walk it “all together”. “Peace is actually a path that we have to walk all along and all together because it will endure when people will overcome any manipulation and confusion and stand for truth, justice, charity and freedom,” he said in the January 9 interview.

The Italian-born Bishop who has been at the helm of Rumbek Diocese since his consecration on 25 March 2022 added, “Let peace begin in our hearts, in our families, in our villages with our brothers and sisters, and those who share the same faith and gather in the church”. He continued, “We still don’t realize how much any violent conflict is a failure in recognizing and cherishing our common humanity and dignity.”

“We have learned that life and salvation come from God; nobody can find salvation by his personal effort isolating himself from the others,” Bishop Carlassare further said, adding “We have to stand in solidarity with one another, community by community”. He went on to invite the people of God in the world’s youngest nation to work towards “the common good”.

“We have to think in terms of the common good because as long as there is even a small community suffering within the country, all nations will be in pain,” the Local Ordinary of Rumbek Diocese explained in the January 9 interview. Reflecting on the initiatives being undertaken in his Episcopal See to participate in the pilgrimage of peace in Juba, Bishop Carlassare said, “We are registering the youth who will take part in the peace pilgrimage led by a group of clergy and missionaries.”

“The intention is to bring together youth from different parishes and lead them into an experience of journeying together, passing through our parishes and delivering a message of reconciliation and communion,” Bishop Carlassare said in reference to the 16 Parishes of Rumbek Diocese. He added, “Clergy and Religious will all attend the event. We are trying to gather a significant representation of the lay pastoral agents and the youth.”

“We will have different groups, Clergy and Religious, pastoral agents, youth, and those who will adhere to the peace pilgrimage,” Bishop Carlassare told ACI Africa in the January 9 interview. In preparing the peace pilgrimage to be part of the ecumenical visit, he highlighted financial challenges, saying, “Finance is an issue as we are looking forward to raising local contributions to make our participation possible.”

“I guess we shall be around two hundred people due to the limited finances, otherwise we would be a thousand,” the Local Ordinary of Rumbek Diocese told ACI Africa January 9.