To be Springtime in the Church and World Today 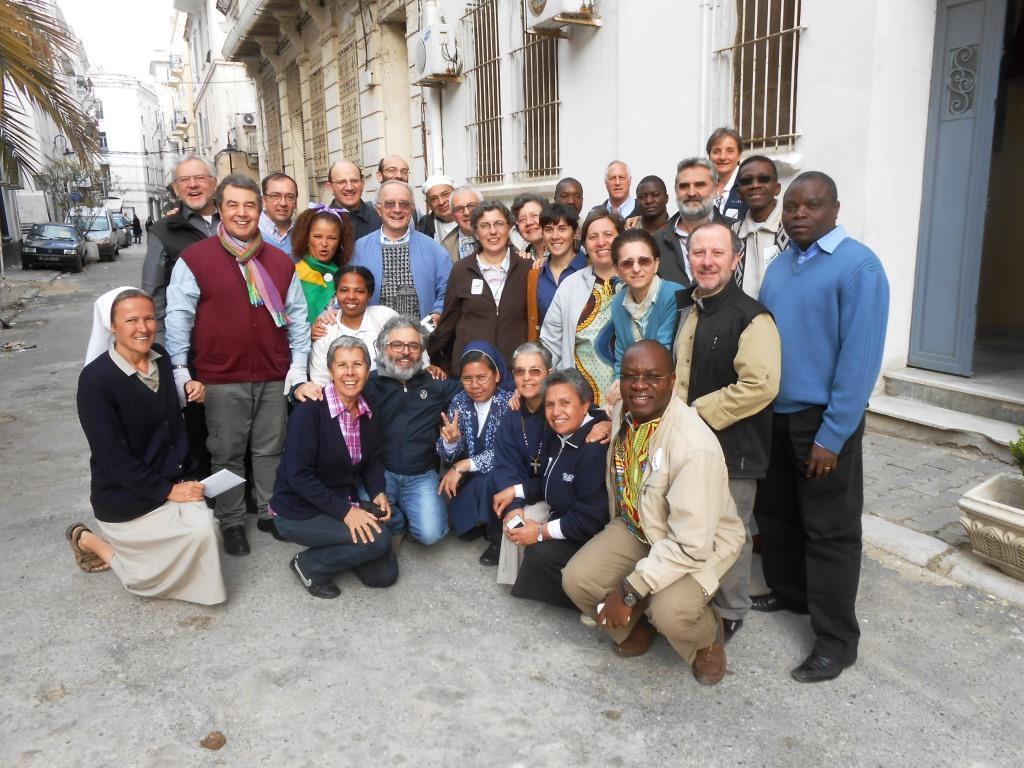 Tuesday, April 7, 2015
Comboni Message from the World Social Forum 2015. “After two years, the World Social Forum (WSF) has returned to Tunis in a context of growing instability and violence in North African Countries and the Middle East. The WSF set out to be a sign of peace and hope for the process of the “Arab Spring” which has been threatened by terrorism and runs the risk of being perverted by religious fundamentalism and repressive governments. The WSF participants have repudiated “every form of terrorism”, including the arrogance of militarism and the systemic violence of a homicidal economy.” […]

To be Springtime
in the Church and World Today

After two years, the World Social Forum (WSF) has returned to Tunis in a context of growing instability and violence in North African Countries and the Middle East. The WSF set out to be a sign of peace and hope for the process of the “Arab Spring” which has been threatened by terrorism and runs the risk of being perverted by religious fundamentalism and repressive governments. The WSF participants have repudiated “every form of terrorism”, including the arrogance of militarism and the systemic violence of a homicidal economy.

The Forum was gratefully welcomed by a people that is in a process of emancipation, with the youth and women as the main actors.

The Comboni Family (as the “Comboni Network”[1]) was once again present, with one of the most representative and international delegations: 37 members working in 15 countries.

In a multicultural setting of colors, rhythms and dances the peoples of the Maghreb were the most numerous participants in the discussions and manifestations. In comparison with two years ago, the participation of other African countries has grown; in many cases the African participants recognized and appreciated the Comboni Missionaries, both women and men. On a global level the Forum is one of the few public spaces in which peoples from the South can express themselves freely.

The principal issues addressed in the roughly 1500 workshops were the defense of human rights (especially of women, migrants and minorities); the environment and climate change, which require that we change our lifestyle; alternatives to the neoliberal system of economic domination; spirituality and inter-religious dialogue.

As the Comboni Family we discover that we are in growing syntony with the commitment of civil society groups that have been organized in various parts of the world. This is an expression of our ongoing effort to put into action the Plan of Comboni, whom we experienced as walking with us in the various activities carried out at the Forum.

Over the past eight years the Comboni participation in the WSF has become more qualified: we have begun to organize seminars and workshops inspired by our missionary experience and we are increasingly sharing activities and broader strategies with the groups with whom we network and collaborate.

The booth set up and run by the Comboni Family has become an important instrument of mission promotion: through the diversity of our institutes and nationalities we give witness to our shared Christian commitment to change all that destroys life.

The role of lay people is fundamental; it urges our institutes to open up ever more to ways of sharing our missionary commitment with competent and passionately committed people who broaden our understanding of the world and widen our networks of relationships, guaranteeing continuity in the process of evangelization and the trasnformation of reality.

To be present
as Comboni missionary men and women

We have taken part in the Forum with the intention of bringing the dimension of faith into the processes of liberation in which we walk together with organized civil society groups. For this reason each day we set aside a time for community discernment and celebration.

We believe that mission is above all to share the spirituality that nourishes our actions and inspires the transformative vision that “a different world is possible.”

We have repeated this to ourselves while celebratig in the crypt of the Cathedral of Tunis, where the Christian presence is hidden within the Arab-Muslim culture. We began our time together on the day in which we commemorated the martyrdom of Oscar Romero and thirty years after the martyrdom of our brother Ezekiele Ramin, in the week before Holy Week. The seed that surrenders its life for the life of the world is a beautiful image of our own fragility in the face of such great challenges, as well as of our hope that it is still possible to bring about a “springtime” together with the peoples who welcome us.

In continuity with the discernment carried out over the previous four Comboni Forums, we reaffirm the dimensions in which we are engaged and which we need to sustain and develop further:

In order to be effective in these areas of concern it is always necessary to create networks on the interprovincial and continental level, to welcome lay persons who are competent in addressing these issues and to collaborte with other organizations, whether faith-based or not, that are striving to defend life.

As we are called to recognize the “new Aeropagi” of Mission, we reiterate the importance of having a Comboni presence at the World Social Forum and propose it as a fixed commitment in which we verify the meaning and effectiveness of our journeys together with humankind, as a pilgrimage towards “new heavens and a new earth”.

The participants at the World Social Forum and Comboni Forum 2015.
Tunis, 29 Marzo 2015