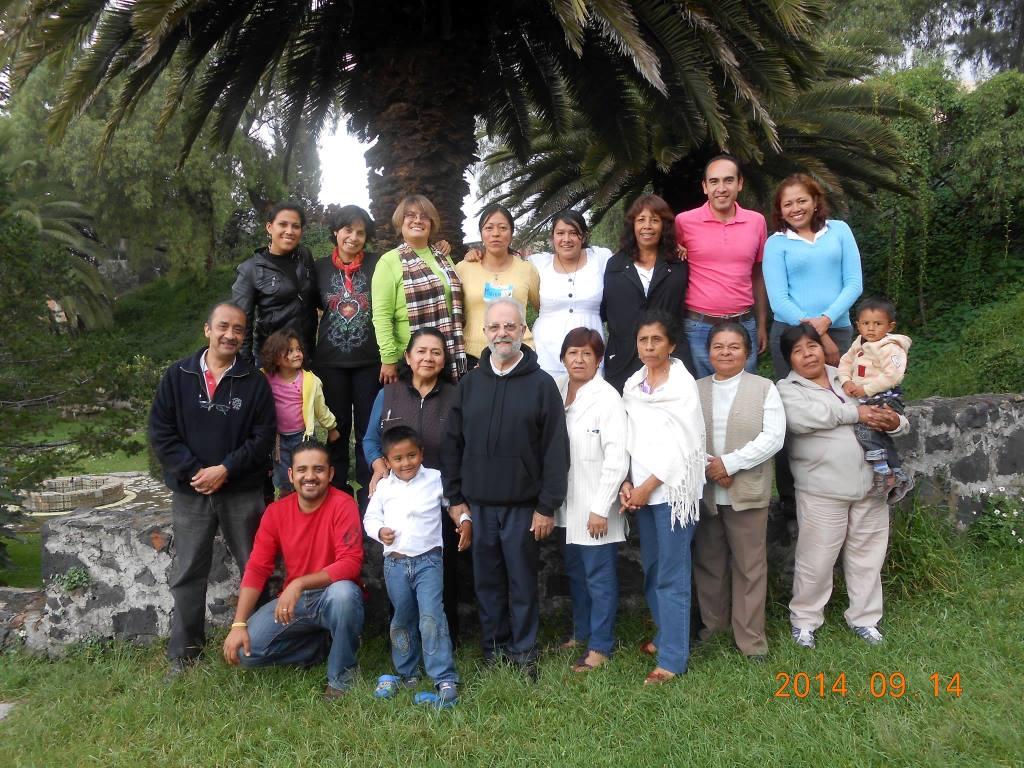 It is more than 25 years since the Comboni Family was enriched by the presence of lay men and women, single and married who, aware of the needs of the present world, give a concrete reply, and decide to dedicate a period of their lives to work in the missions, in the name of Jesus and at the service of different Local Churches. What started as a timid attempt in 1975 is now a big family of around 150 Comboni Lay Missionaries, spread all over the world. The Comboni Lay Missionary lives his or her work in the mission as an authentic vocation, and not just as an voluntary action.

The "ad Gentes" mission of the Church, that is the evangelising mission, belongs to all her members, not just the priests and nuns. The missionary vocation of the lay person is not a second-level missionary option, since it is a question of a real vocation. Therefore the Lay Comboni Missionaries, before beginning the formation that will take them to the Missions spend a period of time in discernment, to mature and grow in their missionary vocation.

The Lay Comboni Missionaries are defined precisely by these three words:

LAY persons.
They are members of the Church through Baptism who, starting from a deep experience of belonging to the Church of Jesus, freely take up their responsibility as active individuals within the Christian community and commit themselves to the promotion of life according to the Kingdom values, within society. They are men and women, single or married, over 21 years of age, who are moved by their Christian commitment to follow Jesus, discover their lay missionary vocation.
The lay missionary feels called to put professional skills at the service of peoples in greatest need, working for human development and contributing, in their lay state, to the proclamation and the building up of the Kingdom of God. Their witness -- which is that of lay people in a family environment -- is a model to be imitated, and an instrument of evangelisation.
It is a vocation for life, not a short-term vocation in which one ceases to be a lay missionary at the end of a contract.

MISSIONARIES.
They live their activities in the Mission as an authentic vocation, not a volunteer activity. When a lay person lives in their own local Church, they are committed to the missionary animation of the parish, or take part in missionary groups, movements that work for justice and peace and all kinds of activities that work towards the spread of the missionary message of the salvation that Jesus offers us. As missionaries, these lay people should be recognised and supported with more decisiveness by our Churches in their different dimensions: parishes, dioceses, religious Institutes, Episcopal Conferences, etc.

COMBONI MISSIONARIES.
This is the characteristic which makes the lay missionary live and feel the charism of Daniel Comboni who, in the middle of the XIX Century, already envisaged the sending of lay people to the Missions. Following in the steps of the founder, the lay person also makes a preferential option for the poor, and for the promotion and development of the local lay people.
One very important characteristic for Comboni Lay Missionaries is community life. The lay person lives in community with other lay persons, since an important aim in the missionary work of the Church is to go forward together as an "apostolic community", which brings together laity, men and women religious and priests
For all these reasons, the Lay Comboni Missionary works, in shared responsibility and in close collaboration with Missionary men and women, at the service of a particular local Church.