Home
Chapter 2009
Documents and articles
Mission as regeneration in Africa

Mission as regeneration in Africa 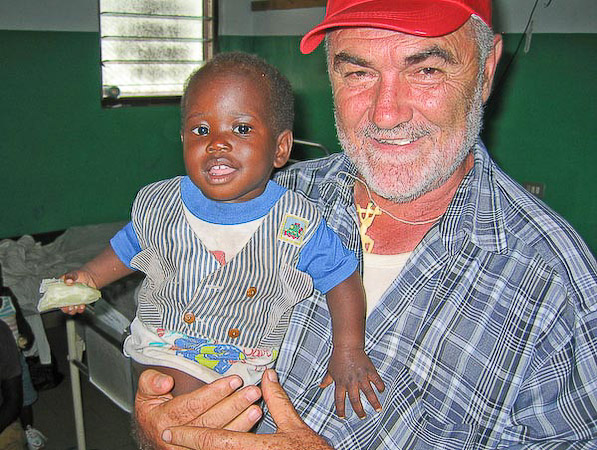 This reflection aims at explaining the political dimension of Comboni’s Plan for the Regeneration of Africa and it will elaborate on the particular interpretation and role that Brothers may contribute towards the actualisation of the ministry of Regeneration.

This does not exclusively mean an involvement in the movements for social justice, for the globalization of solidarity, and the likes. Issues like participation, empowerment, community building, and conscientization have typically a political value. All Comboni Missionaries, because of their charism, have a mandate to contribute towards the regeneration of Africa by Africa, but our assumption here is that the specific contributions of Brothers and Fathers, of Sisters and lay missionaries may well be different and complementary.

The political character of Regeneration
A theme that needs to be further explored and studied is that of the influence that the Italian Risorgimento had on Comboni. Whereas it is well known that the motto Nigrizia o morte is fashioned after Garibaldi’s O Roma o morte (meaning the absolute and resolute dedication and consecration to the mission), there seems to be very little consciousness that also the core concept of Regeneration has some affinities with the spirit of the Italian political struggle for independence.

In fact, that idea used to be a core value of that movement and is basically found in the political philosophy of Giuseppe Mazzini. The word regeneration at the time of Comboni meant a rebirth of a people, of their dignity and freedom, overcoming oppression and alienation. Such an agenda is political in two respects: first of all in its meaning of liberation and independence. It is worth noticing that even the anti-slavery movement in England used to talk of the Regeneration of Africa, to be obtained through the abolition of the slave trade and the promotion of legitimate trade and commerce. Not less importantly, the political feature of Regeneration is found in the growth of a new consciousness within the people (freedom, equality, and fraternity), a strong sense of participation, belonging, and pride in a people’s own identity. This meant — also in the philosophy of Risorgimento — discovering the historical vocation of a nation, its unique position and contribution to humanity.

In a nutshell, the concept of regeneration is political in that from a socio-economic point of view it implies liberation and reconstruction of the society; and from a cultural vantage point it engages with reconnection to the deepest identity and dignity of a people, and the consciousness of its vocation, of having a role to play in history. In Comboni these ideas are certainly revisited in the light of faith, hence full liberation, real reconstruction, and a transformed consciousness require also a transforming encounter with Christ. In a time when mission predominantly meant “saving souls”, it is remarkable to find in Comboni that the rebirth occurring in baptism is paralleled by a similar rebirth of the society, of Africa as socio-cultural reality, as implied in the concept of regeneration. As a matter of fact, Comboni talks of the Regeneration of Africa rather than Africans, and this today suggests the idea of all African resources, be they people, their cultures, their spirituality, their material resources, etc.


The political dimension of Mission