Home
A thousand lives for the mission
Liturgy and spiritual tradition.
To walk in the footsteps of our Founder

To walk in the footsteps of our Founder 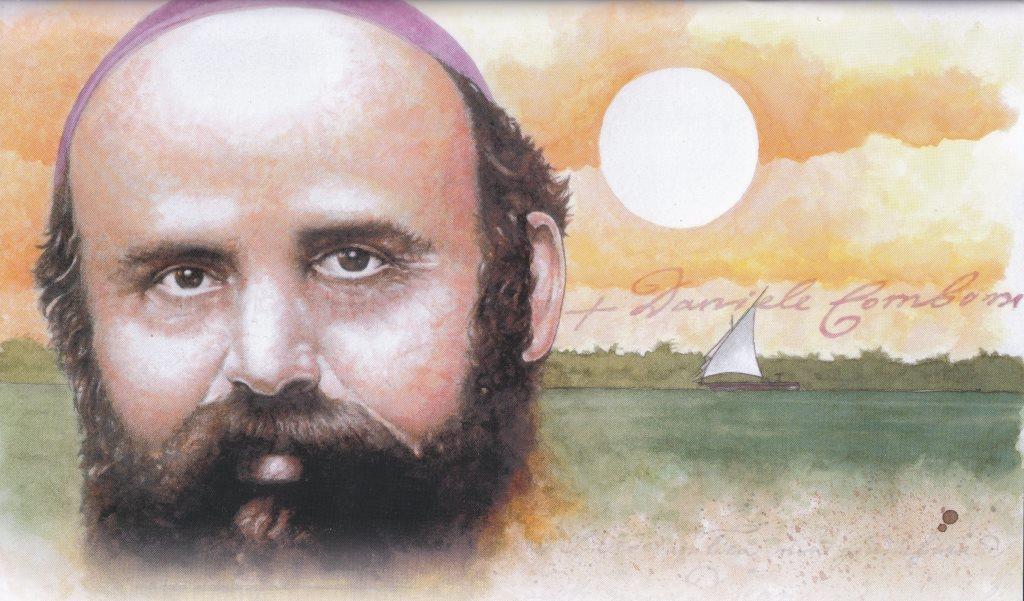 Wednesday, March 12, 2014
St. Daniel Comboni was born on March 15, 1831, in Limone sul Garda, Italy. At the school of the priest don Nicholas Mazza, in Verona, he discovered his basic qualities: sanctity, search for truth and missionary zeal. He founded the Institutes of the Comboni Missionaries and of the Comboni Missionary Sisters who are now spread around the world announcing the Gospel among the poorest and most abandoned people. Ten years ago, Comboni was proclaimed a saint. We publish a celebration outline for the Comboni Family to help us walk in the footsteps of our Founder. 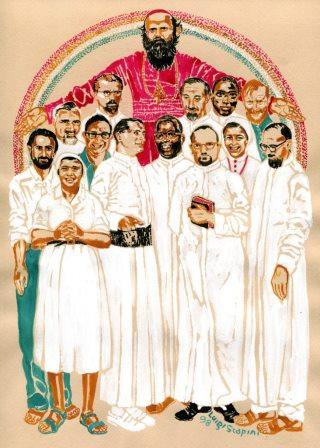 We celebrate the birthday anniversary
of Comboni during Lent, when everything in the Word of God calls us to conversion, to awaken from sleep, to dedicate ourselves to the works of light. Comboni, a man of faith, certainly knew how to be awaken and enlightened by Christ, and how to arouse the world around him with his tireless and passionate mission promotion.

Today, in the context of the tenth anniversary of his canonization, we join in prayer with the Comboni Family, so we invoke the God of light on each of us and on all the people living in the “shadow of death” on account of war, injustice, poverty and oppression. With Comboni, we ask to awaken from sleep.

Celebration outline for the Comboni Family

For you were once darkness, but now you are light in the Lord. Live as children of light, for light produces every kind of goodness and righteousness and truth. Try to learn what is pleasing to the Lord. Take no part in the fruitless works of darkness; rather expose them, for it is shameful even to mention the things done by them in secret; but everything exposed by the light becomes visible, for everything that becomes visible is light. Therefore, it says: “Awake you who sleep, rise from the dead, and Christ will give you light.”
This is the Word of God.

I am with you, I experience the thirst for living water and the desire to regenerate. I pray with you.

“Awake, you who sleep, rise from the dead, and Christ will shine on you.”

Yes, it’s time to wake up, to allow ourselves to be awaken by the Risen Lord, who always walks ahead of us even in our days and shows us the dawn of new horizons. Let us wake up, open the doors of our lives and let in the life of God through the life of humanity.

Awake from  your sleep, put our feet into the footprints that our people are leaving in the groove of life to harvest the hope of Eastern season and which, with wisdom and in a thousand ways, continue to show, witness and share with us. Awake to the song of hope that they always have the courage to sing even in the darkest of  nights.

Awake from the slumber of mediocrity to let resound in the history of the world the echo the joyous good news of Isaiah, a prelude to the Gospel: “Don’t remember the former things, and don’t consider the things of old. Behold, I will do a new thing. It springs out now. Don’t you know it? I will even make a way in the wilderness, and rivers in the desert” (Isaiah 43: 18-19).

Awake to the cry of the impoverished, oppressed, excluded, forgotten, those who hunger and thirst for righteousness, those who have not yet met with the Hope announced by Jesus Christ.

Awake to the breeze of the wind to open your ears and understand the echo of the wisdom of your people who sustain you in your daily life, the echo of your local Churches which vibrates with a new life, the echo of the faithful and suffering witness of many sisters and brothers of yesterday and of today. Be alive, like the seed that dies under the ground and which has in itself the power to generate life.

Remain awake and attentive like the women of Easter morning, the only ones who went to the tomb, moved by the courage of a faith that is able to see beyond the stone that blocks life. 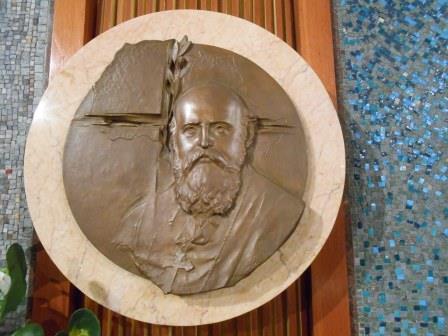 Writing n. 162 – Comboni to his father: “Now there is not an hour or an instant that are you absent from my mind’s eye, that I do not think of you. … O dearest one, for allowing me to follow my vocation!”.


From which lethargies do you feel that Comboni asks you to awake from so that you may carry on his work with passion, joy and enthusiasm?

Consecration to the Sacred Heart of Jesus and Our Father ...

Thank you, Daniel (Prayer said together)
Thank you Daniel, because you believed in your dream.
You teach us that it is possible to see Africa through the eyes of God.
Thank you because you saw and you remained fascinated
by the African people, seeing them through the pure ray of faith,
with the attitude of a brother and not of an imperialist or a slave trader.
You believed in the human capacity of the Africans,
and you already saw Africa as the protagonist of its process of liberation.
Your dream was the dream of God. You believed in it
and thought us to believe as well.
Your life tells us about two important encounters:
The first with God and the second with the Africans.
You were a courageous witness of the exploitation
going on in Africa and you did not remain indifferent,
did not take refuge into a desperate conformism
but felt inside the flame of liberation
and wanted to do history with the Africans,
so much so that their cause became your cause.
The Spirit whispered to you a wise Plan:
The regeneration of Africa by Africa itself,
and it was spring time, it was strength,
it was passion, it was total liberation.
Thank you because your dream enlightens us today
against the neo-imperialist projects
which continue to widen the gap between North and South.
Your dream is guiding us and makes us take up a stand
when confronted by money that is considered to be a god,
when confronted by an idol which dehumanizes people.
Today we are immersed in a lost and weak humanity,
and you invite us to believe again in this humanity,
to proclaim Jesus Christ with passion and credibility.
It is not easy to live in an alienated and often divided world
But you showed us that love conquers all.
We ask that you keep us united to You and united among ourselves,
We, your sons and daughters, to remain faithful to God’s dream.
May our differences become a source of wealth and creativity.
Thanks, Daniel, for having believed in your dream.