Synthesis of the conference “Africa: Continent on the go” 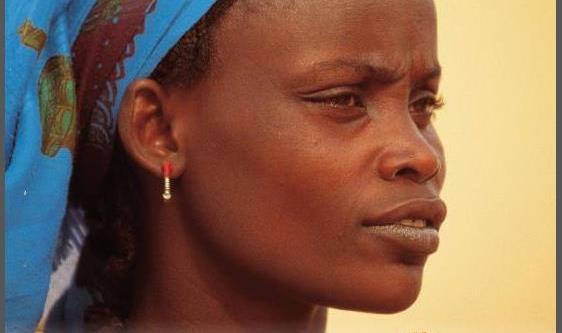 Tuesday, March 17, 2015
The conference [held in Rome from 13th to 15th March], to quote Prof. De Giorgi in his synthesis, “has placed us at a crossroads, and called and calls us to a turning point, a commitment to ‘de-colonize’ our hopes, our will, our strategies, our images, our views”. We present below the “Summary” of prof. Fulvio De Giorgi who organized it around two key words: Plan and Heart.

The conference Africa: Continent on the go, held in Rome at the Auditorium of Seraphicum, March 13 to 15, has ended. It represented the final stage of the celebrations of the 150th anniversary of the Plan for the Regeneration of Africa: a public event, according to the intentions of the General Council, which followed the seminar of September of 2014, dedicated to the missionary urgencies of the world today. The conference had as its main theme what is the heart of the Plan, namely Africa and its regeneration.

The conference, to quote Prof. De Giorgi in his synthesis, “has placed us at a crossroads, and called and calls us to a turning point, a commitment to ‘de-colonize’ our hopes, our will, our strategies, our images, our views”. We present below the “Summary” of prof. Fulvio De Giorgi who organized it around two key words: Plan and Heart.

In the picture below:
Fr. Enrique Sánchez González,
Superior General of the Comboni Missionaries,
and

SYNYHESIS OF THE CONFERENCE
AFRICA: CONTINENT ON THE GO
Rome, March 13 to 15

Foreword: a positive outlook
If Daniel Comboni was here in my place, he would have a heart full of emotion and joy: to see his dream of regeneration in part accomplished and with many fruits (above all the laity and women), and in part consisting of insights valid to face the future.

The main result of the conference is that it has placed us at a crossroads, and has called and it’s calling us to a turning point. One thing is clear: there may never be ‘a negative, discouraged, doubtful, catastrophic and sad look on Africa’.

I start then from the thought of St. Daniel Comboni, already quoted by the Superior General of the Comboni Missionaries, Fr. Enrique Sánchez González, in his opening remarks: “It is the Sacred Heart of Jesus that made me overcome all the enormous difficulties to achieve My Plan for the Regeneration of Africa by Africa itself”.

Two are the key words around which I will organize my summary: Plan and Heart.

1.1 We are all called, on every continent, to decolonize our hopes, our will, our enterprises, our imagination, our views, our plans. The de-colonization of the gaze clears our eyes and makes us see an Africa that is striding along and growing fast (as told Mother Luzia Premoli, Superior General of the Comboni Sisters), an Africa that is an international protagonist (as noted by Mario Raffaelli), of which Europe can be partner to its positive aspects. Beatrice Ngalula Kabutakapua, Françoise Kankindi and Fortuna Ekutsu Mambulu gave us a glimpse of this New Africa, this fresh and young African Renaissance. Europe can cooperate to this Renaissance: a meaningful cooperation, walking together in friendship.

Even the migrations, in all directions and wide-ranging, transcontinental and toward all continents, are a resource. That does not mean not to see that they can be caused by injustices and imbalances and to be realized with great suffering. It means, however, not to regard them forever in a negative horizon of death, but to free and regenerate them as an opportunity, as a resource, as a chance for a more varied and beautiful world.

The exhibitions set up around us, the projections, the artistic moments of the conference made us aware of the great resource of beauty and aesthetic creativity that comes from the new art, the new cinematography, the new music, the new African sculpture.

1.2 “Plan” again means “smoothing”: that is, fill the ditches and lower mountains: get everyone on the same level. Ant this is the point. If we are on the same level, we look directly into the eyes: so obviously unjust inequalities become intolerable.

We understand well (as Samia Nkrumah said) how right it is that the Africans may control their economies for the benefit of the Africans themselves and rediscover the path of Pan-Africanism.

It means to fill the ditches, the chasms of the corruption of the elites of governments (as we were told, again, by Nkrumah): to recognize, that is, that the African democracy must be autonomous and new, not modelled on European forms, and must form citizens to improve the political leaderships. Smoothing means breaking down the mountains of enmities, hatreds, of internal wars, the mountains of armaments (as Maurizio Simoncelli documented) and always try to build the “road smoothed out” of peace and stability (as noted by Alfredo Mantica). Here then are the Africas, in the plural, toward which to continue our journey: the Africa of justice, the Africa of peace, the Africa of protection of creation, the Africa of human rights.

1.3 But “Plan” also tells us that it is better to go gently (patience, perseverance and listening), an ecclesiological practice that is inclusive and participatory and that comprises the feminine profile (as Luzia Premoli and Elisa Kidane said), which is realized through basic communities (as Cardinal. Peter KA Turkson said) and therefore in a mutual acceptance of the differences, which exceeds the unjust inequalities.

Many pointed out the importance of historical knowledge to overcome the wounds of the past discrimination and past civil wars. We must talk and seek together a purification of the memory and a history which, if not shared, must at least include the different perspectives.

The second key word is “Heart”: the Heart of Christ.

The heart has two basic movements of systole and diastole. In the Heart of Christ these two mo-movements are incarnation and eschatology.

2.1 On the one hand the Incarnation: the Gospel, entering into the cultural contexts, becomes inculturated and incarnated into the intercultural complexities, in the pluralism of the identities still in evolution and the actual realities, it is able to discover, accept and value, as we were told by the theologian Martin N’Kafu, all the seeds of the Word, wherever they are.

This incarnation, of course, as noted by Cécile Kyenge, celebrates the primacy of life. And therefore it opposes and fights against all human trafficking and against the new slavery, that is, against the horizons of violence and death in which is Christ himself, incarnated in the little ones, who is being raped and murdered.

In this inculturation, in step with the incarnation, communication, that is the media and journalism, plays a special role and a great responsibility. This is not giving, paternalistically, voice to the voiceless (Kidane); it is perhaps not to give further voice to those who already have too much voice. And, therefore, to continue to de-colonize distorted views even in the missionary (and Comboni) press.

2.2 The Heart of Christ has also the movement of eschatology: the ability to detach ourselves from all unrighteousness, from every idol, from every exclusively worldly horizon. Without eschatology, we would have a modern and mundane Church, unable to be free and independent when questioning the masses.