Comboni Sister Monica, “Freely you have received, so, freely give” 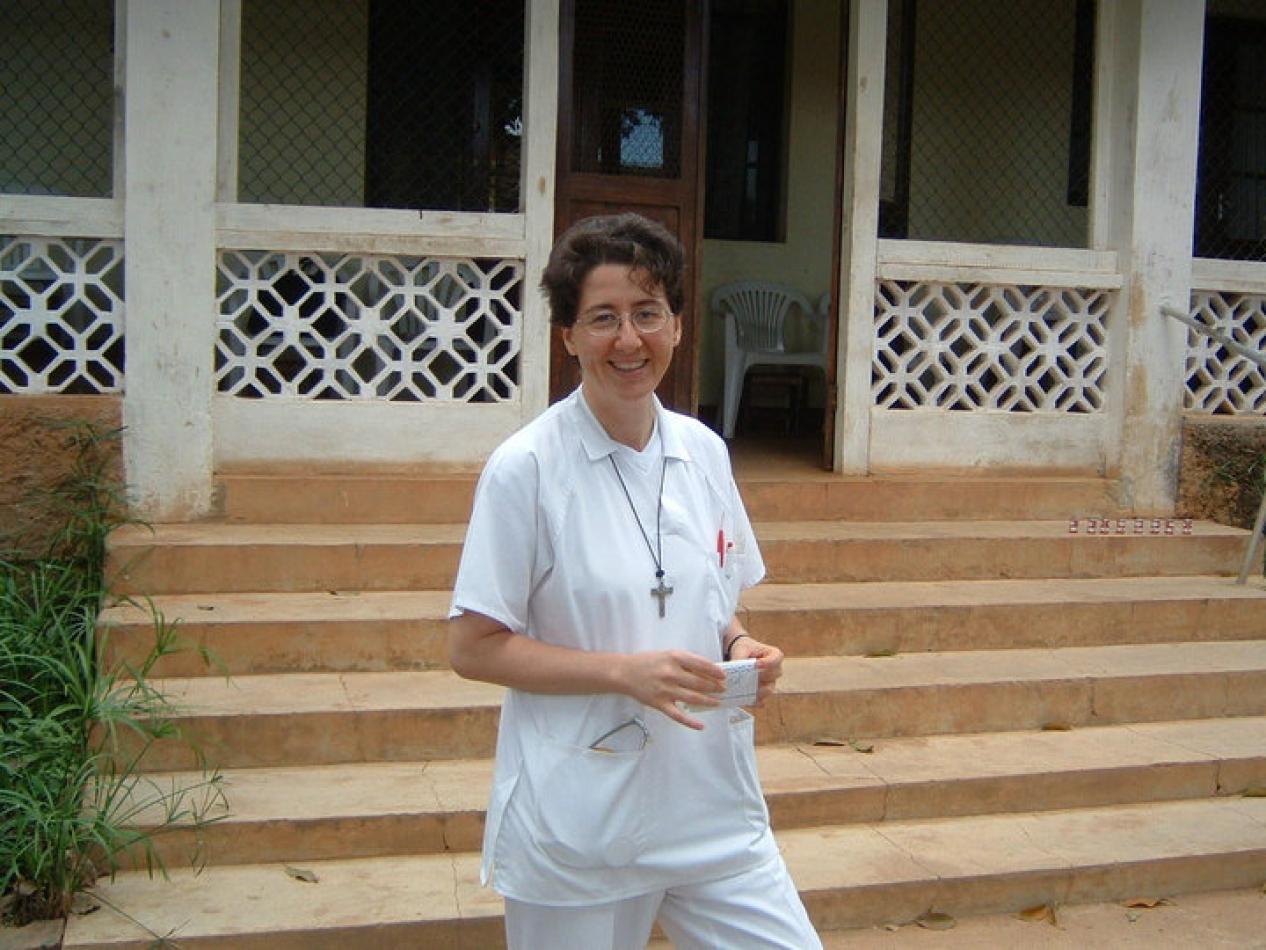 Friday, November 6, 2020
Sr. Monica Luparello was born and raised in Palermo, Italy. After graduating in medicine and surgery, she entered the Congregation of the Comboni Missionary Sisters. She tells us her story.

You might say that surely the profession I had chosen was already in itself a way of helping others and that religious consecration was not necessary. But a vocation is a gift, received… without having asked for it! My “choice” was therefore a response to the invitation to be, rather than to do, to belong and to be offered up, rather than to exercise a profession. Being a doctor was the means through which I could live this belonging and this gift.

I think it was very painful for my parents, partly because, understandably, that was not exactly what they had wished for me, and also because this choice meant a geographical distance, with all its consequences. I left Palermo in 1992 to begin my religious formation and since then I have only returned for holidays.

I took my first vows in 1995 and then went to Switzerland to study French and wait for my visa to Chad. I worked for three years in Chad at a hospital which was under the responsibility of the Comboni Missionary Sisters. Later on, I was transferred to Mozambique, a former Portuguese colony, with an intermediate period in Belgium to study Tropical Medicine. Over 25 years of my missionary life, I have been moving – coming and going – between Chad and Mozambique.

I still vividly remember the first impact Chad had on me… the stifling heat when I arrived at the airport of N’Djamena, (capital of Chad) …it was as though fire was rising from the runway. Then the mosquitoes during the night and the threat of malaria. I was somewhat dazed and wondered if I’d ever be able to live there. But those first impressions were filled with joy for having arrived there, and at the same time sadness for the health situation I found at that time, especially outside the big urban centres.

I also remember a feeling of gratitude that I was not alone. Sisters who were “more experienced” in missionary life welcomed me and introduced me to life there through their explanations and their experiences.

I have tried to live the medical profession as a way of evangelization. Perhaps, with respect to other colleagues who work with other motivations, at certain times, religious consecration helps you to be faithful, to share deeply with people the most difficult situations that arise. It helps you to try to embrace and live a simpler lifestyle, certainly very different from the usual life the medical profession offers normally, and therefore a life much closer to people.

I was also asked to work as a professor at the Catholic University of Mozambique, in Beira, the second city in the country, in the “Faculty of Health Sciences”. Here too, for some time, I was in charge of some aspects of management.

I have enjoyed so many things… and have learnt so much! I could summarise it by saying that I learned to say “Good morning”, to say “Thank you”, and I have been taught to collaborate with others, to walk and move forward together. The staff I have worked with at the hospital have helped me to say “Good morning” before doing or saying anything else, even in an emergency.

I was always ready to intervene quickly, to correct an attitude, or an erroneous treatment… but whatever I said, the answer first was always the same “Good morning, sister”, and then we could face everything that came our way. After a couple of times, I understood the lesson and began in the same way. There’s always time to be nice, to treat each other with respect!

As for the “Thank you”, I remember a particular moment, after a difficult birth, during the night. After it was all over and while I was administering some stitches, the grandmother of the very young mother, to my astonishment, took off some of her clothes and began to dance before me: imagine – a grandmother who dances at night in a maternity ward! The sister who was with me explained to me that this was the woman’s way of thanking me for the help I had provided them with. She thanked me with her whole being, her heart and her body.

Deep down we are an indivisible entity and everything in us experiences the joys, the emotions, the pains of our life… The people with whom I have lived in Africa are capable of giving thanks and have taught me to do so, because we don’t really merit all that we are or all that we possess. Everything is a gift!

With regard to the challenges, apart from the climate, a great difficulty has been the differences in culture and in priorities. I had to “restart” (reset) my mind, my way of thinking and interpreting reality… I had to learn to know, understand and appreciate the people with whom I live and work, to let myself be enriched by their way of being, so different from my own. I have also had to learn to know the Lord in another way. To do this I have needed time and also tears and patience.

Another big test was the change from working in a hospital to teaching at a university. This was a new occasion to “restart” and to get to know the country in which I had previously worked, from another point of view and in a different geographical reality. For the first time I was a missionary in a big city… and since I had city roots, I immediately got used to another lifestyle much more like the one I find when I return to Italy on holiday. I no longer worked at a hospital with all its demands. Instead I had before me young people who were thirsty for knowledge and with whom I had the great joy of sharing what I had learned from books and at work.

In the 10 years that I did this work I think I was able to “revise” the entire course of medicine. I also had the grace of seeing so many students attain their degree, and later the joy of collaborating with me in the formation of their younger colleagues!

A phrase to sum it all up would be “Freely you have received, so, freely give.” The Lord continually shows me compassion and asks me to do the same, by promoting life and goodness and thus preparing the way for an encounter: between Him and those He loves.
[Comboni Missionaries]