Home
Circoscrizioni
Ethiopia - (News)
Pedro Nascimento, in Ethiopia: “Mission are faces and I see so many suffering faces”

Pedro Nascimento, in Ethiopia: “Mission are faces and I see so many suffering faces” 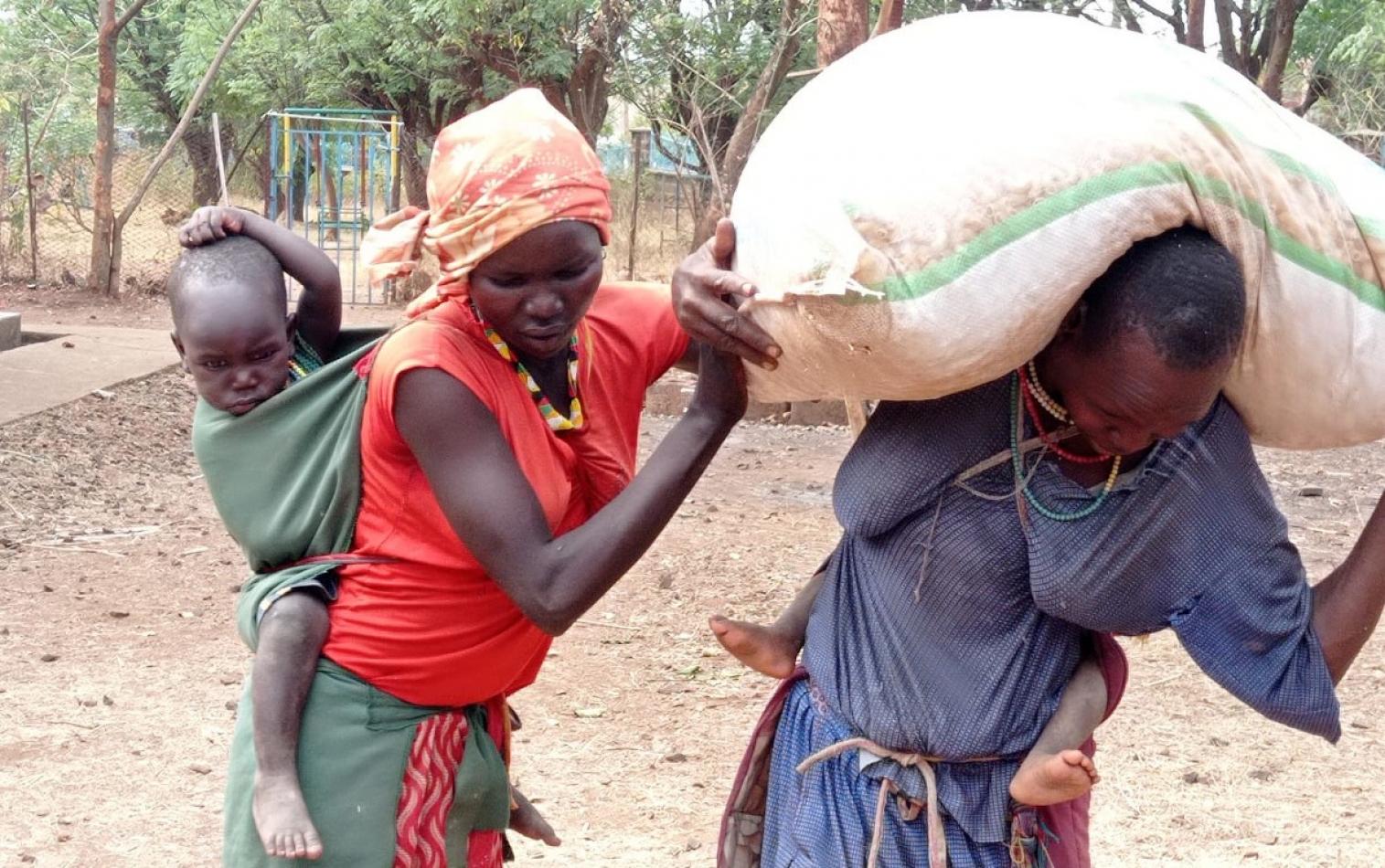 Friday, April 30, 2021
When, in November 2020, I returned from Portugal, I never thought I would live the moments I have lived in these last months. I live in Guilguel Beles, Benishangul-Gumuz region, Ethiopia, and in the mission we work essentially with the Gumuz people (we Comboni Lay Missionaries live with the Comboni religious in the same mission). We do not close our doors to anyone, but this is one of the most forgotten and abandoned people in Ethiopia and in the world.

Several people of other ethnic groups also live here, such as the Amara, Agaw and Chinacha. The soil is fertile and that makes it a desirable area. And therefore, many times, the Gumuz have lost land that belonged to them. But even then, the people lived in peace, without major problems. In 2019, I was already in Ethiopia, a Gumuz village was attacked, people were killed, houses burned…. Our mission was a pioneer in providing aid to displaced people.

When I come back, in November 2020, Gumuz rebels started attacking some non-Gumuz. With great pain I learned of the death of many innocent people. Human life is precious. However, I also witnessed the persecution of the Gumuz. People fled to the forest, houses were burned, dozens of young people were arrested without any justification. I remember going with David, CLM, my mission colleague, to Debre Markos, in the Amara region, with two Gumuz because they were afraid of being killed. Several times we went to assist the detainees at the police station.

In the meantime, the government started to negotiate with the Gumuz rebels and for almost two months we managed to open schools, the clinic and the library. However, the negotiations failed and the Gumuz rebels killed more people. It is not always easy to conclude negotiations when the proposals demanded are impossible to achieve. In response, rebels from Amara and Agaw attacked villages, killed people and burned houses. The young men I share life with, the women in the group I followed, the children in the school and kindergarten had to flee into the forest: with no food, no clothes, nothing. People I knew were killed: innocent people!

Many people came to our mission to ask for food, money to buy food, medical assistance… At first we prepared food for all the needy who came to us [“give them something to eat” (Mt 14:16)]; then, with the help of the Diocese, we offered pasta and every morning we offered a meal to more than 200 children. On Sundays we offer a meal after Mass. David takes care of the meals every day and Sister Nives (a Comboni Sister) provides medical care to dozens of people each day.

I alternate between helping with the work with the children and going to Mandura, to the mission of the Comboni Sisters (who had to leave the mission, due to this guerrilla situation, living for now in our mission. But during the day they try to stay in the mission where they were, Mandura, to welcome the people who come) where I help in the domestic chores, like fetching water for the animals, for the house (as the sisters have no water at home), etc. and I welcome (me and the Comboni Sisters Vicenta and Cristiane) the people who come to greet or ask for help. Many of them risk coming to the mission, after walking three or four hours, to fetch the cereals they have stored in the sisters’ house or to ask for help.

It has been very hard to listen to so much suffering: people who are suffering, malnutrition, seriously ill children, people who have lost their relatives, who have lost their grain. How many times I find it hard to fall asleep thinking about this reality. Mission consists of faces… and I see so many suffering faces. When I pray in Church and look at the cross of Jesus, I see many faces, I contemplate this suffering reality and I realize that Jesus is on that cross for us and that He continues to suffer daily for us. But at the same time I feel these words in my mind: do not be afraid, I am with you!

It is not easy to live these moments of suffering, but the experience of faith in Jesus, who spent His life doing good, who suffered, who was killed but was resurrected helps us to be witnesses of God’s Love among people. Thank you to all of you who have contributed to the mission at different levels of prayer, friendship, affection and help. Without your participation we would not be able to help. Thank you very much from the bottom of our hearts!

There is no lack of tribulations, but be assured that your prayer sustains us. The mission is God’s and in Him we must put our trust.
Fraternal embrace,
Pedro Nascimento, LMC in Ethiopia