Fr. Christian Carlassare will be ordained bishop on March 25 in Rumbek 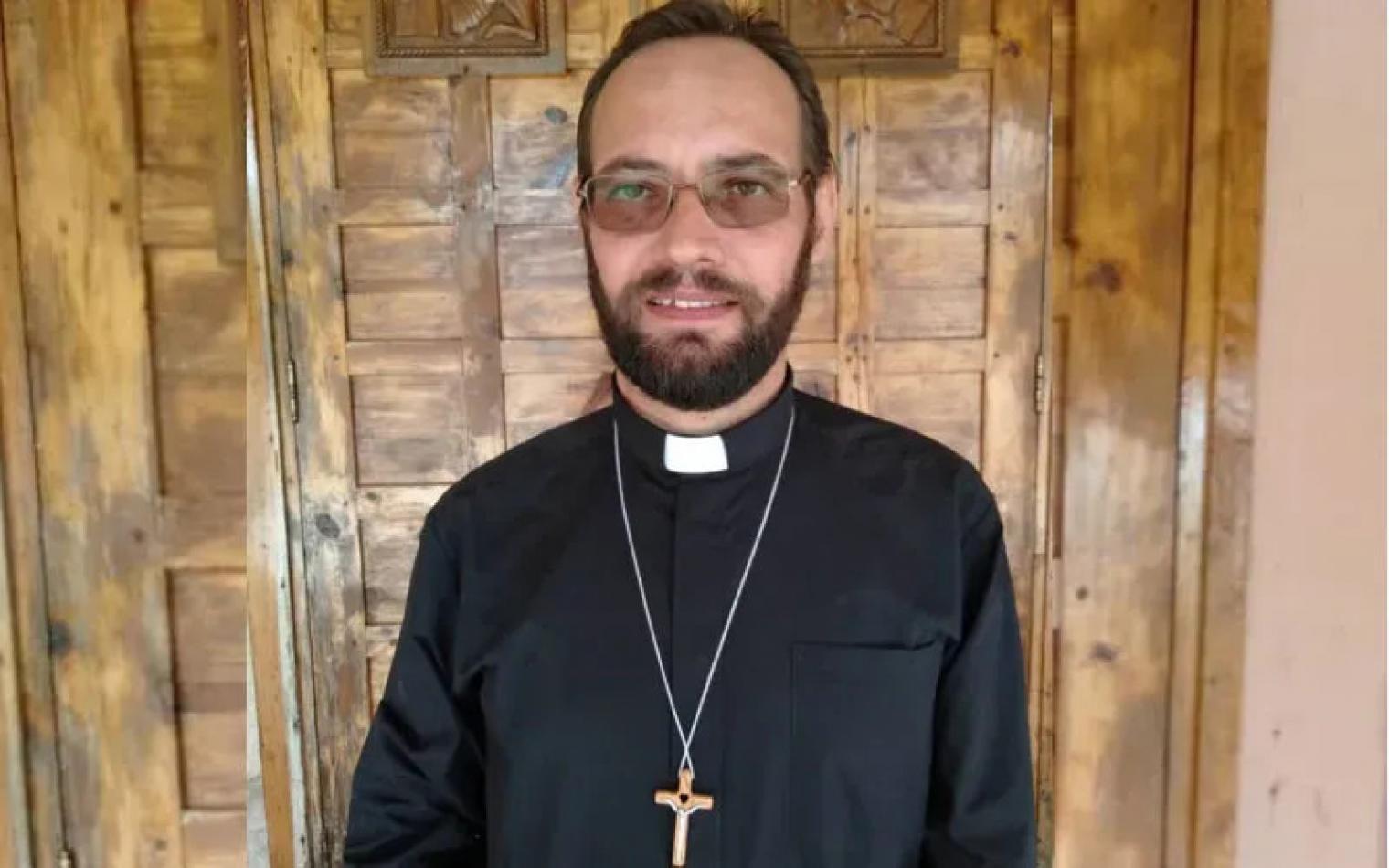 Wednesday, March 9, 2022
The date for the Episcopal Ordination of Mons. Christian Carlassare of South Sudan’s Rumbek Diocese that had been initially scheduled for Pentecost Sunday last year has been announced. In a Tuesday, March 1 letter addressed to “All Bishops, Priests, Religious, and Laity” in South Sudan, the Apostolic Administrator of Rumbek Diocese, Bishop Matthew Remijio, says Mons. Carlassare is to be consecrated Bishop on the Solemnity of the Annunciation this year. [ACI Africa]

“After due consultation with the Apostolic Nuncio to Kenya and South Sudan and the Bishop elect, I am happy to announce to you the consecration of Bishop of Rumbek,” the Local Ordinary of South Sudan’s Wau Diocese says. Bishop Remijo adds, “The Consecration of Bishop elect Fr Christian Calassare will take place on the solemnity of the Annunciation of the Lord, 25th, March 2022 in Rumbek.”

In a message to the Clergy and women and men Religious serving in Rumbek Diocese shortly after the date of his Episcopal Ordination was read out at the Holy Family Cathedral of the South Sudanese Diocese, Mons. Carlassare said, “May WE join the YES of Mary to be a Church gathered around his Son Jesus and ready to embrace all people.”

The Episcopal Ordination of the Italian-born member of the Comboni Missionaries was planned for 23 May 2021. It was postponed indefinitely following the 26 April 2021 incident when he was shot in both legs. He was airlifted to Nairobi for specialized treatment and later relocated to his native country of Italy days after he had been discharged from the Nairobi Hospital in Kenya. Last October, the Apostolic Nuncio in Kenya and South Sudan, Archbishop Hubertus van Megen, announced the postponement of the Episcopal Ordination of the Mons. Carlassare “to 2022, at a date still to be determined.”

In his March 1 letter, Bishop Remijio appeals for prayers for the Bishop-elect saying, “Let us accompany him with our prayers. I wish you good preparation for the occasion as we enter into this period of Lent,” the South Sudanese Bishop who has been temporarily governing Rumbek Diocese since he was appointed Apostolic Administrator on 5 May 2021 says. Last week, the South Sudanese Bishop appointed a committee to prepare for the Episcopal Ordination of Mons. Carlassare.

“As we look forward to the return of Bishop-elect Christian to the Diocese of Rumbek, I have appointed a committee to prepare for his Ordination,” the Local Ordinary of South Sudan’s Wau Diocese said in his letter dated February 22. The return of the Bishop-elect to South Sudan and to Rumbek Diocese “will be a time of great joy and it is important that it reflects the hope of all the faithful,” the member of the Comboni Missionaries said about Mons. Carlassare, his Italian-born confrere.

“Our collaboration will ensure the success of the day,” Bishop Remijio says without providing details about members of the committee he appointed. He however says that members he appointed to the Episcopal Ordination committee are already “working hard to prepare the celebration” alongside the Vicar General of Rumbek Diocese, Fr. Andrea Osman Okello.

Rumbek Diocese became vacant in July 2011 following the sudden death of Bishop Caesar Mazzolari, an Italian-born member of the Comboni Missionaries. Fr. Fernando Colombo, a confrere of the late Bishop, governed the South Sudanese Diocese as Diocesan Administrator until 27 December 2013, when Fernando Cardinal Filoni, then Prefect of the Congregation for the Evangelization of Peoples, appointed Fr. Mathiang Diocesan Coordinator.

The case of the shooting of Mons. Carlassare that was first mentioned in January 26 is going on at the High Court in South Sudan’s capital, Juba. On February 3, Justice Alexander Sebur Subek told journalists in Juba that one of the suspects whom he identified as “accused number five” had “confessed that he was the one who shot the Bishop.”

On February 9, Fr. Luka Dor Agor, one of the witnesses in the case, told the court that three suspects in the shooting of the Bishop-elect closely related with one of their co-accused. “I know three of these six accused suspects; one used to drive Fr. Mathiang’s car in and out of the compound, and the other two (came) for visit(s) as friends and relatives do,” Fr. Dor, a member of the Clergy of Rumbek Diocese told the court in reference to Fr. John Mathiang, also a Clergy of the South Sudanese Diocese.

Fr. Mathiang was in his room at the Fathers’ residence on the night the Bishop-elect was shot, Fr. Dor continued during the February 9 hearing, adding that he (Fr. Mathiang) did not leave his room when Mons. Carlassare was shouting for help. On February 18, Jonah Marier Mabeny, one of the witnesses in the case, told the court that Fr. Mathiang lobbied to be appointed Bishop for Rumbek Diocese.

Mr. Mabeny recounted the initiatives Fr. Mathiang allegedly made over the years including mobilizing “youth in September 2011 to support him to be the Bishop of Rumbek”; making “several attempts to kill … former Director of Good News Radio”; ordering him (Mr. Mabeny) to assist him draft a letter to the Vatican in 2016 “lobbying for the Bishop's position in Rumbek”; and threatening “Fr. Andrea Osman Okello not to preach to the congregation that, don’t kill because of position”, among other moves. Testifying in court on February 21, Fr. Mathiang denied claims that he was part of the plot to shoot the Bishop-elect. He told the court that he was woken up “by gunshots on that fateful night” of 26 April 2021, and that he, alongside Fr. Andrea Osman Okello, “came to the rescue of the wounded Bishop-elect.”

Fr. Mathiang also testified against the witness who had claimed that he (Fr. Mathiang) had lobbied to become a Bishop, adding that he was not opposed to the appointment of Mons. Carlassare as Bishop for the South Sudanese Diocese. On February 23, Laat Makur Agok, identified as the last of the six suspects, told the court in Juba that the shooting of Mons. Carlassare was part of a plot to “scare him away” from the Episcopal See to which he had been appointed, and to have him abandon his mission in Rumbek Diocese. According to Mr. Makur, “Fr. John Mathiang convened multiple meetings with the assailants on how they could attack the Bishop-elect in order to scare him away and he (Fr. Mathiang) could take over the helm of the Diocese of Rumbek.”

“We held several meetings with him (Fr. Mathiang) but the last meeting he told me that we don't need this white man and we need to scare him away by gun,” Mr. Makur said, and recalled the Fr. Mathiang’s sharing about a “successful cold-blooded plot planned against a certain Priest working for Good News Radio by then and (who remains) in Nairobi.”

In the Catholic Church, when your life is under threat, “you are immediately taken to another place without coming back there,” Mr. Makur said, recalling Fr. Mathiang’s alleged sharing in one of the five meetings he convened. “If you fear the government, I will defend you and I will be answerable,” the sixth suspect told the court in Juba on February 23, quoting Fr. Mathiang as having said.