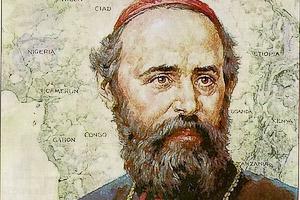 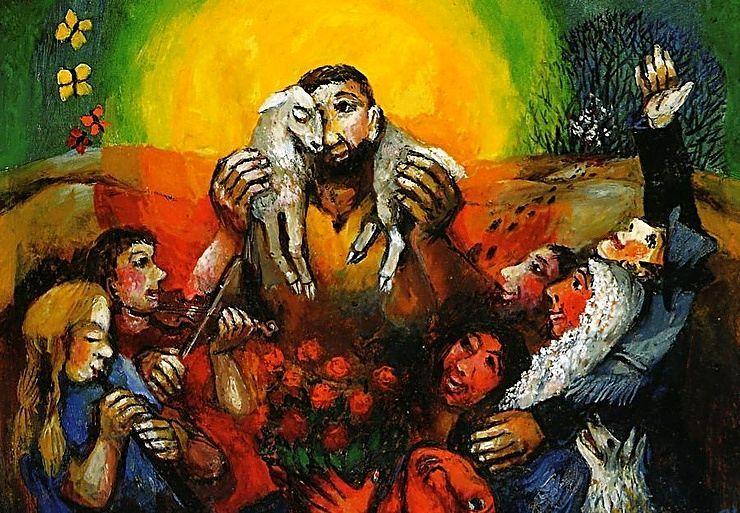 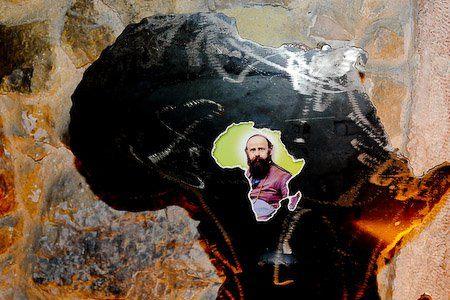 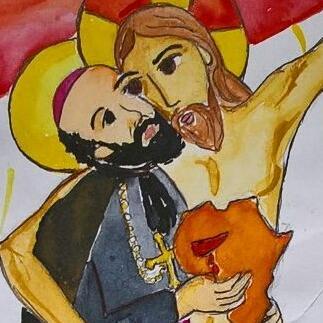 On the occasion of the first anniversary of the canonisation of our Founding Father, I wish to invite all of you to celebrate the event, asking St. Daniel Comboni the grace of an evermore evangelical, Comboni-like and visible communion among us. A father, such as Comboni, loves to see his children evermore united, with one heart and sharing the same concerns, in our case the concerns of Christ and of Comboni.

On the occasion of the first anniversary of the canonisation of our Founding Father, I wish to invite all of you to celebrate the event, asking St. Daniel Comboni the grace of an evermore evangelical, Comboni-like and visible communion among us. A father, such as Comboni, loves to see his children evermore united, with one heart and sharing the same concerns, in our case the concerns of Christ and of Comboni.
The grace that we are all invited to ask consists in believing and, therefore, in attempting to live the communion-energy that transforms us more and more in a missionary community-cenacle.

Comboni wrote: those who love Mission must “keep their eyes focused on Jesus Christ, loving him tenderly, and striving to understand what it means to have a God who died on a cross for the salvation of souls.”
The contemplation of Christ done with living faith, according to Comboni, must lead to the joy of offering ourselves and of losing everything and of dying with him, and of being ready with him for anything.
To contemplate Christ, indeed! Now, which Christ? Christ the teacher of mission, the Father’s missionary who forms his disciples to mission, before sending them on to the missions. The Christ who shows to his disciples-missionary aspirants what type of “missionary luggage” they need (Lk 9,1-6), first of all to have the mission in their heart. Christ the prophet who does not follow human thinking and tactics, but follows the road of “obedience to the Father who sends him,” and teaches us that we are not faithful to Mission because of our personal generosity or enthusiasm, but in “obedience to the Father.” Christ who offers his entire self, Christ who brings to an end his mission with the supreme sacrifice marked by it is finished. Christ, namely, who joined the least by dying with them, living among human beings and being near to each one of them. The contemplation of Christ will inevitably lead us to our consecration to the mission of Christ, to giving ourselves unreservedly to the poorest, just as he did. While contemplating, the disciple of Christ is happy to be part of this project of love, happy to share in the same preferences of Christ, to embrace the choices of Christ and remain faithful to them until death.

Mission is the result of a discovery and surprise of God. It is mission that has transformed us into a family, a cenacle. It is not possible to be faithful simply with our personal fidelity, but rather we need the brotherhood and the solidarity of the others. Ours is a special mission. It is a mission that God shares with us. “The God he has met in mission is no ‘object’ to be admired from a safe distance, but rather a ‘partner’ drawing the missionary into shared endeavour in a challengingly intimate way. Because of his graced encounter with this God, he sees Africa and Africans in an altogether new manner, as brothers and sisters, members of the same family. Here, mission is understood primarily and practically not as something that I do with various strategies and tactics, nor even as something that I am, but as the life that God lives in me, a getting to know God as I serve the poor. Thus, it was not a what, but a who, or rather a Who: it was God. And a God who teaches that Mission requires holiness and holiness requires Mission” (See David Glenday in Witnesses n. 6, March 2004).

Christ the missionary of the Father and the teacher of Mission is discovered in his “attitude of prayer”: faithfulness presupposes nights spent in prayer and calling to the Father.
Comboni, sharing his experience of prayer, stresses prayer of the heart, prayer that transforms, prayer that creates a new person: “Total trust in God! Trust in God… Unfortunately, little trust in God is common even among good people who pray a lot, who trust in God with their lips and their words, but hardly do it when God puts them to the test.”
Comboni insists on a type of prayer that transforms from within, the prayer that keeps us in tune with Christ’s feelings and unites to him and to our confreres.
Prayer, in particular, is what keeps us in communion within the cenacle and personal prayer in a special way. Each prayer has a mission: to be transformed so as to transform, to be holy so as to produce holiness. I sanctify myself so that they may be sanctified, Jesus taught us.

Communion with the Word of God

To pray and meditate on the Word makes us Christ-like. There is a reason why Comboni repeated many times: “Never to meditate is a sin”. Why is it a sin? Because, without meditation on the Word, we do not draw near to the thinking of Christ, our model, we do not enter into his mentality and do not change ours; we do not shift from a human mentality, perhaps a worldly one, to a Christ-like, missionary mentality.
It is true that those who meditate on God’s word and, in meditation, apply the Word to their own lives, allow themselves to be judged by it and are converted to the way God thinks and acts. To meditate on the Word of God means to let our heart be evangelised. And when the heart is evangelised, we become new persons, evangelising persons.

Communion with the poor

Christ, as rich as he was, chose to make himself poor: he did not stay rich in order to help the poor, but became poor to become the “meeting place of God and humanity.” The various forms of poverty of today’s world are calling us and making us aware of various activities and works of charity. The Gospel reminds us that the first form of giving is the giving of self: “There is no greater love than this: to give one’s life for one’s friends.” (John 15,13)
Comboni was very clear on this: at that historical moment the peoples of Central Africa looked to him as being “the poorest and most abandoned in the entire universe.” He had envisioned them in this way as a young man, when he had made up his mind to become a missionary in Central Africa, and he had seen them that same way years later when, in February 1858, he had reached Holy Cross, in the heart of Southern Sudan.
“Africa, which everyone has abandoned and forgotten” became Comboni’s passion.
The charism of Comboni is a front line charism, a charism that deals with those segments of humanity where the process of liberation, enlightenment and regrouping in Christ has not yet been explicitly proclaimed or consciously accepted.
Two years before his death he wrote: “We, humble workers of Africa, … must imitate our confreres in China, Mongolia and India, in raising our voices to beg for help for our unhappy and always dear Africans, who still suffer under the weight of so many misfortunes … Famine, plague, hunger, thirst, slavery, horrible diseases, extremely painful scourges.”
The message of Daniel Comboni is clear: my mission is among the poor. To be far from the poor means to be far from God. The men and women of black Africa were the dispossessed of his time. The Spirit of Jesus was urging him and telling him that it was necessary to proclaim the Kingdom of God to the dispossessed, just as the Lord had done with the dispossessed of his own time.