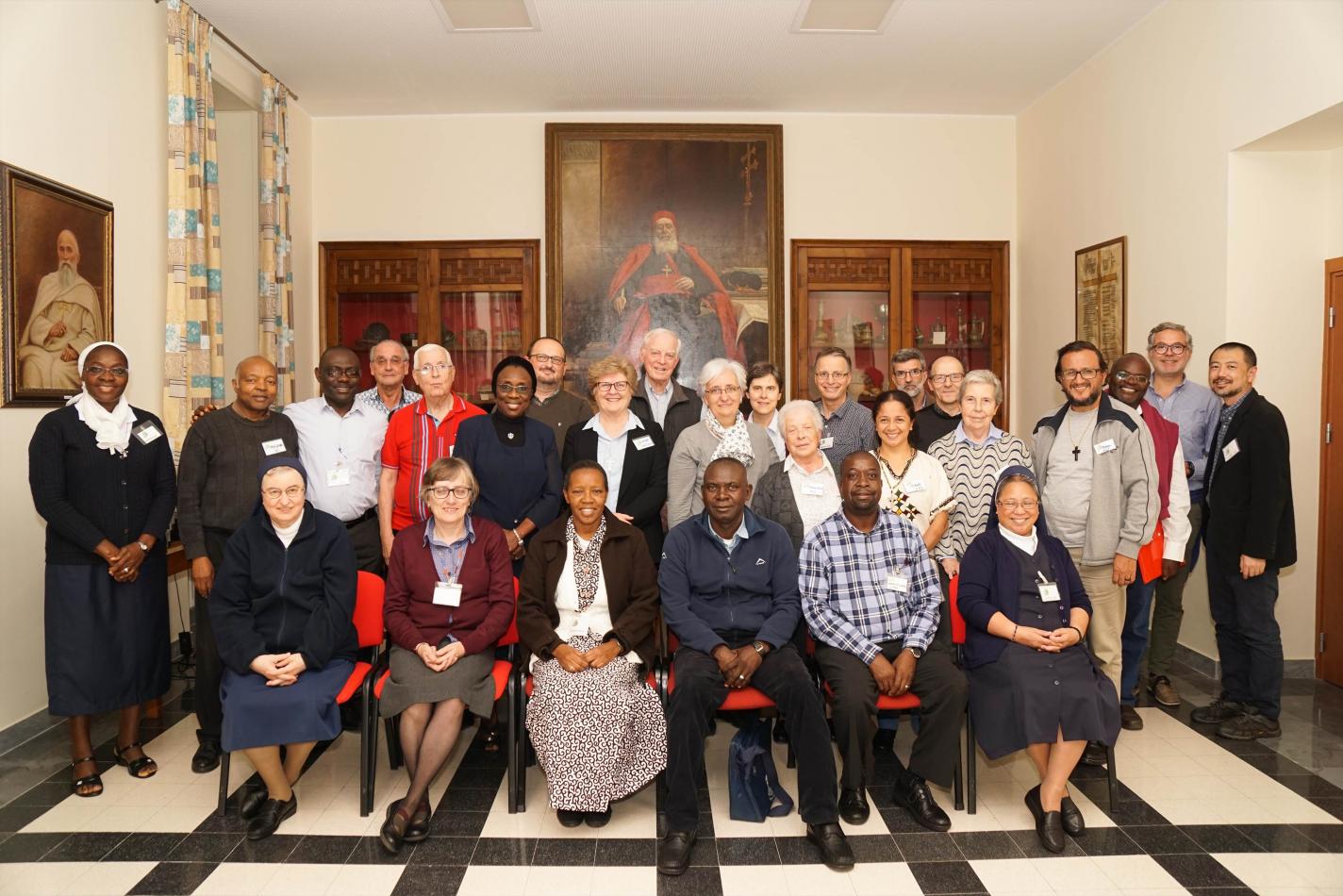 Friday, January 17, 2020
On 7 November, 2019, AEFJN held its Annual General Meeting at the Generalate of Missionaries of Africa in Rome. There were 22 religious, representing 18 member congregations, who participated at the meeting. The president gave an update on the current executive committee membership, Madrid Antenna introduced their national advocacy activities and the Brussels Secretariat gave its report on the year’s activities, all of which gave us very important insights.

Fr. Chika Onyejiuwa, CSSp, the Executive Secretary, gave us a pictorial view of the current global trends, a view of what is happening in our world today. This situation impels us, he challenged, to move away from the ’missionary logic era, the logic of ‘development aid’’ to beginning to ask some hard questions – ‘What is sustaining the unjust condition of Africa? Why have the poor no food, no land as blessed as Africa is with mineral resources? What are the root causes of the problems faced in Africa? This is the time for us all to focus more on the CAUSE of the problem in Africa, as opposed to the enormous energy put on the EFFECTS.

There are two things we need to keep in mind.  First, the problem in Africa is not religious but economic. Secondly, the social change we desire must come from the grassroots because the corrupt African political elites are part of the problem. The fairer and more equitable economic policies/partnerships we wish to see exist between the North and the South, will only come about when Africans, at all levels, take on the responsibility themselves to create their own future.

The roadmap to achieving this goal lies in bringing both the Faith and non-Faith actors on the same platform to catalyze grassroots Social Movement building and action. AEFJN has already created a niche for herself as a bridge, bringing the actors together. In this way, the people themselves assume the responsibility to identify and name their common struggles/ sufferings/demands they wish to make and, in a public action, act collectively to address them alongside with relevant policy makers. In the coming year, the Secretariat would further strengthen her position through the African antennae.

In April 2019, in Brussels, West African farmers were able to stand side by side with dairy farmers from the EU to discuss the terrible impact the dumping of European produce has had on them and on the food security of Africa. This EU and African dairy Producers meeting was organized by the Belgian platform of Civil Society on food (CCF) and AEFJN is in this platform. The end-result of this face-to-face and rather emotional meeting was a call for sustainable production in the North and the South to ensure the survival of important farming structures in Africa and a balanced agricultural and trade policy in the EU.

Another success story is ‘the Caravan West Africa’, organized by Church (AEFJN) and non-Church actors (a coalition of Social Movements and Civil Society), in November 2018. This activity brought people from all the countries of ECOWAS together, harnessed their energies and voices to speak directly with governments and traditional rulers about their common struggles and how some government policies/laws, negatively impact their lives on a daily basis and make some concrete policy demands from the policy makers. It is hoped that caravan would be scaled up in the future to include other regions of Africa.
AEFJN