Reports of the general secretariats 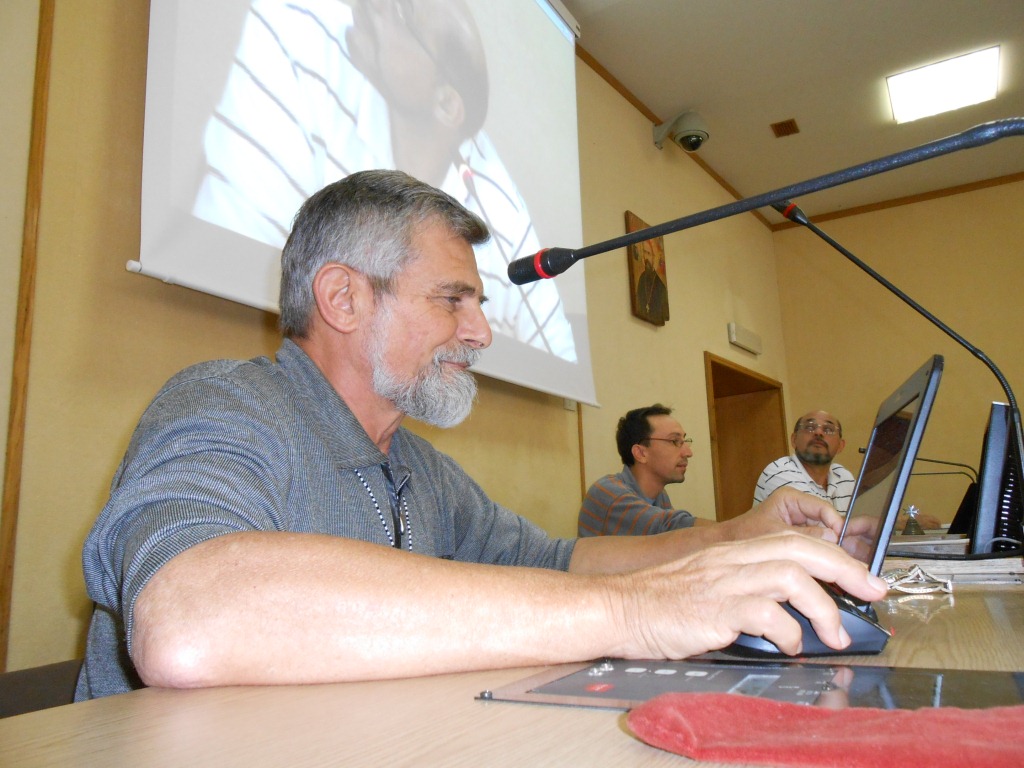 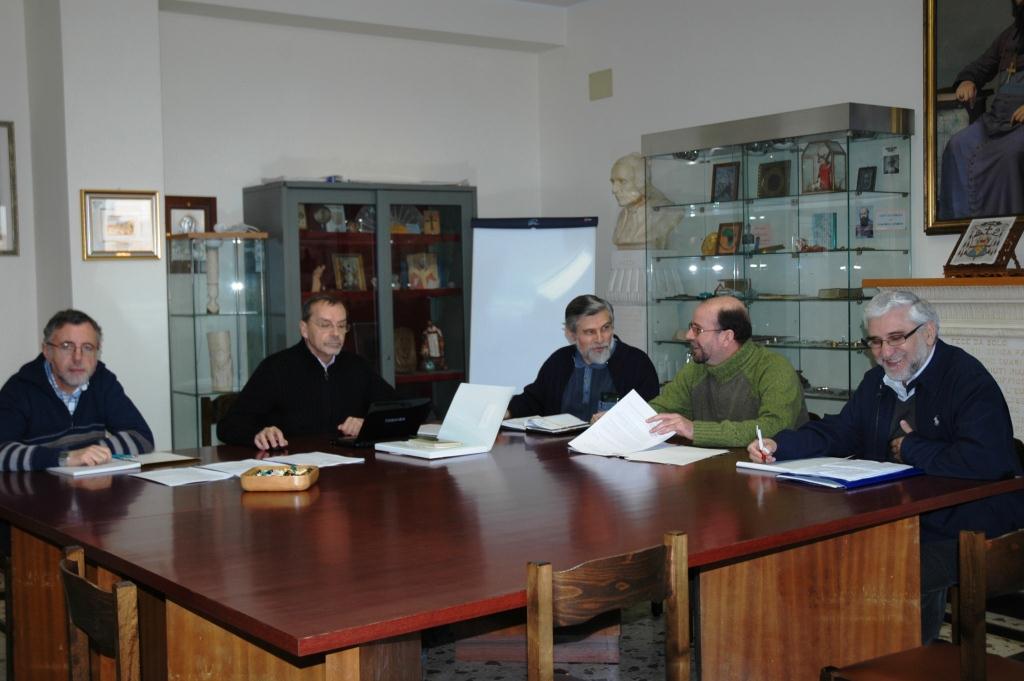 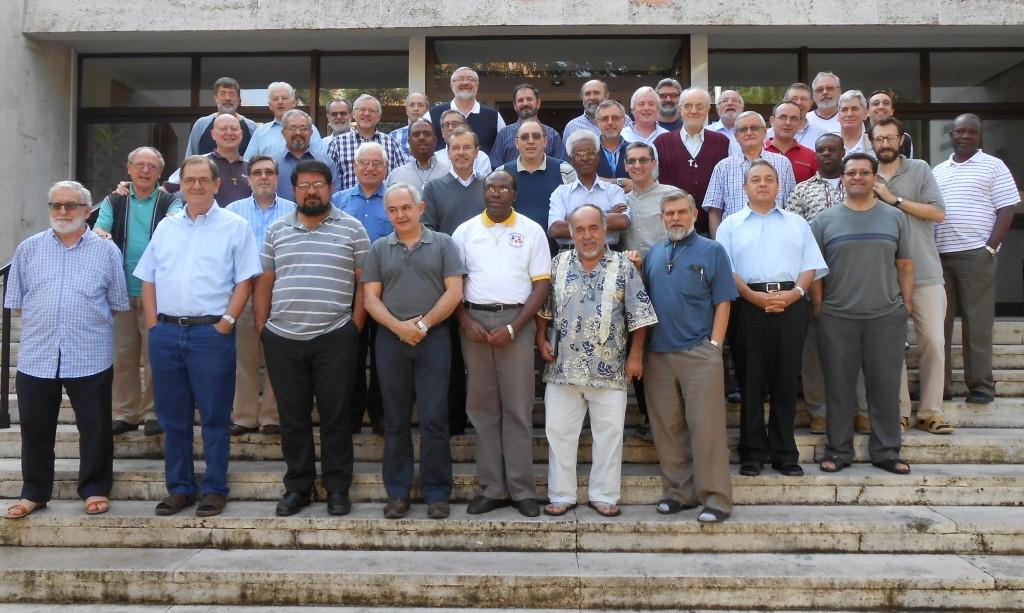 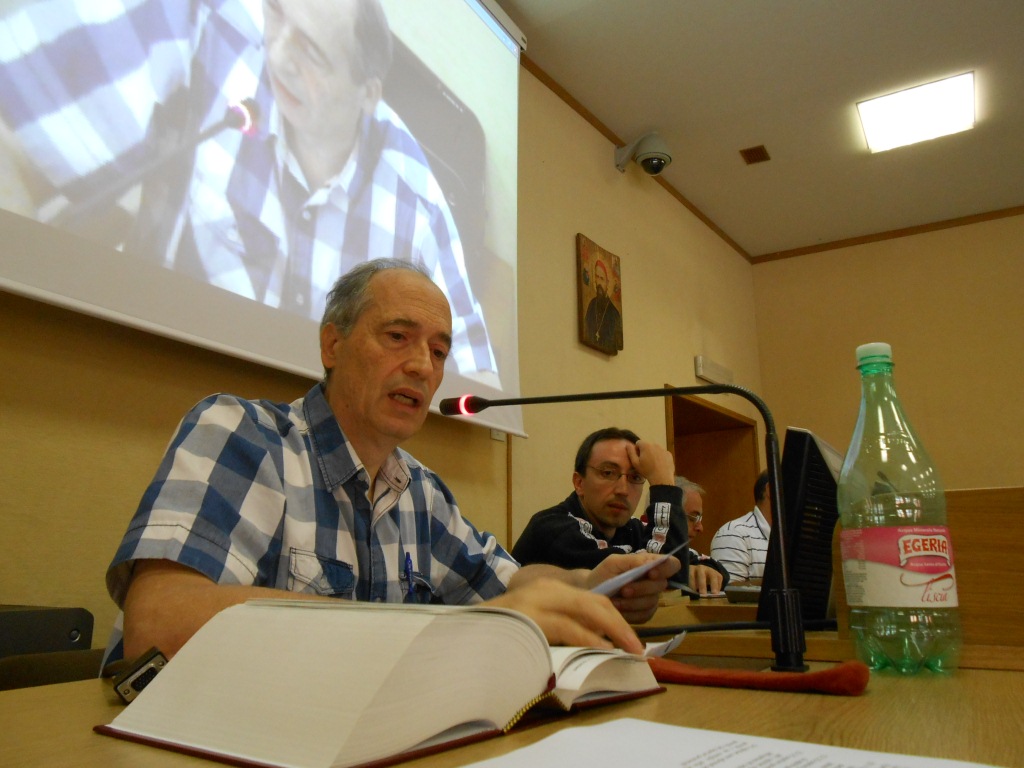 Rome, Thursday September 6, 2012
The activities of the Intercapitular Assembly of yesterday, September 4 in Rome continued with the listening of the reports. Reports were presented by the general secretary of Vocation Promotion and Basic Formation, Fr. Opargiw John Bsptist Keraryo, and of the Economy, Fr. Claudio Lurati. Then followed the Secretary General, Fr. Umberto Pescantini (in the photo) and the coordinator of Ongoing Formation, Fr. Danilo Cimitan. 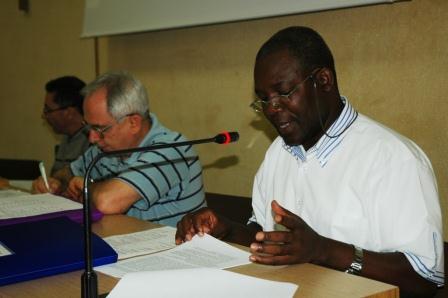 The fourth day of the Intercapitular Assembly started with the Eucharist. Fr. Bautista Lucas Erasmo Norberto, provincial superior of Mexico, underscored the text of St. Paul “We are cooperators of God, and you are God’s field, the edifice of God” (1Cor 3,9)

The activities of the day continued with the reading, explanation and comments on the reports of the secretary generals of Basic Formation, Economy, General Secretary and Ongoing Formation.

The Secretary General of Vocation Promotion and Basic formation

Fr. John Baptist presented his report divided in two parts. “My intention is, first and foremost, to submit for your information and consideration, the general trend of the Secretariat, some issues that need to be tackled as well as some concrete proposals to improve the quality of our service in vocations promotion and basic formation. Then the report focuses on the objectives set by the XVII General Chapter indicating what has been achieved within the triennium (2009 - 2012) and what remains to be put into practice or has even been abandoned for one reason or another. In the second part I have collected for the discernment of the Intercapitular Assembly the reflections made by the confreres at different levels on some structural and methodological aspects of our formation in Scholasticates/IBC.” Said Fr. John Baptist.

At the end of the report Fr. John Baptist stressed: “I would like to draw your attention to some principal and urgent points that I think deserve reflection, further deepening and a firm unambiguous stance in order to create a solid tradition in the Institute:
Youth ministry and vocation discernment and accompaniment of the candidates before the postulancy: Without a prior good selection of candidates, there can be no good formation. There is need to have more clarity in the criteria for admission (age, special situations, academic and religious preparation ...) and have a more attentive accompaniment. The specific preparation of the vocation promoters is still the weak link that the competent authorities must fix.
Formators: selection, rotation, preparation, viability of the formation team. A greater effort is required on the part of the Circumscriptions in the selection and training of formators; greater understanding and cooperation among the Circumscriptions in planning, rotation of formation to enable a program of their preparation and replacement; more attention to the functioning of the formation team.
The formative curriculum of the Brothers: This theme seems to be for us a "work in progress"! So I present it for the consideration  of the Intercapitular Assembly expecting some concrete orientations or clarification.
Missionary Service, continentality and the insertion of scholasticates/IBC: These items are on the agenda and it is important that we reach a decision that will last over time.
Specialization. The Ratio Fundamentalis (RFIS no. 669-685) provides guidelines and norms for the specializations of the confreres, scholastics and Brothers in formation included. Since there has been a suspension or a “slow down” of the central planning of the specializations by the previous General Council, it would be appropriate for the Intercapitular Assembly and the current General Council to give precise guidelines to implement the Ratio Fundamentalis  and the 2009 Chapter Acts no. 60.2, 102.
Finally, I reiterate the need to work as an Institute to consolidate a common and effective adherence to the elements that make up the one Comboni formative project. All this is in order to be faithful to God and St. Daniel Comboni, as well as respecting the formators and the candidates.” 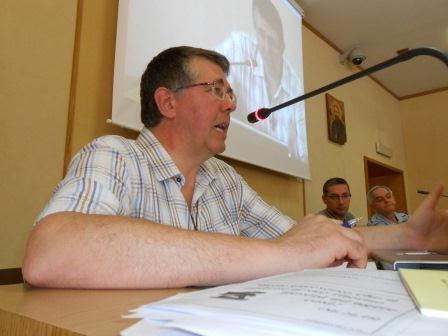 General Secretary of the Economy

Fr. Claudio Lurati, general treasurer, writes in his report: “Since 2009 the main concern for the General Secretariat for Finance (GSF) has been the implementation of the commitments taken by the XVII General Chapter (2009). At the same time, along with the work of implementation of the Chapter, new challenges arose which were somehow implied in the Chapter’s decision, but did not appear evident at first. The document Finance and Mission, which constitutes the seventh part of the Chapter Acts (CA ’09 nn. 146-166), focuses on three ‘inspiring factors’: Brotherly sharing through the Total Common Fund (TCF); Simple style of life; Promoting the use of local resources.”

In the final part of his report Fr. Claudio presented briefly “the general situation of the bursars of the circumscriptions and their training and other remarks.” Among these notes the treasurer made reference to the following topics: “The Scholasticate of Cape Coast, Continental Assemblies and ther Visits to the Provinces.”

The secretary General, Fr. Umberto Pescantini, presented his report describing beside the daily tasks of his office and of his personal work also the type of cooperation with the circumscriptions, the type of information they must send to the center amd viceversa with particulat care to the following elements: Familia Comboniana, MCCJ Bulletin, Annuario Comboniano, In Pace Christi, Intentions of Prayer, Documents and other issues of the General Chapter and the General Council.

From the advice of Fr. Umberto we stress what he said regarding “the writing of Minutes: simplicity, brevity, order, avoid repetitions, clear dates and names, precise destinations so that one understands what the confrere goes to do in that place, clear-cut separation of confidential topics or of elements that are still in the process of dialogue, progressive numbering; running the process of elections: decency and confidentiality; collaboration for the Bulletin and In Memoriam: regular contribution on the process of missionary work in the circumscription, obituaries for the confreres who die; regarding the supply of data of confreres.” 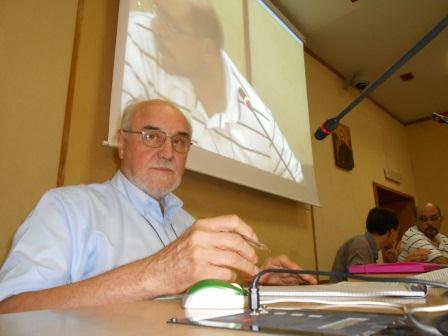 Fr. Danilo explained the various ordinary activities of the CCOF in particular the Renewal Course and the Comboni Year of Ongoing Formation. “You are the persons first responsible of OF – he concluded – you the superiors of circumscriptions. To you is given the hard task of animating the communities and the individual confreres.” 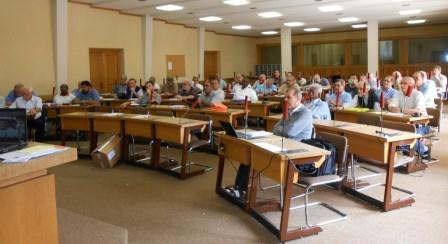